MAS’ huge financial losses over the last 3 years amounting to RM 4.1 billion would have allowed BR1M recipients to receive RM 1,200 as promised under the 2013 BN General Election Manifesto instead of the reduced RM 650.

There is no sense of crisis or a turnaround plan at MAS to stem the bleeding of financial losses. Whilst MAS may think that these losses are sustainable because MAS still have cash balances of M3.9 billion as at end of last year, it would be irresponsible if not suicidal to continue with the “business as usual” attitude. MAS owners, Khazanah, must seek decisive surgical solutions by coming to terms with the fact that MAS, with its current cost structure, is just not viable.

Singapore Business Times have even suggested that MAS file for bankruptcy to allow its replacement the fresh start needed to resuscitate the ailing airline because MAS is bogged down by overstaffing and “lopsided procurement contracts” from maintenance to catering. No one is surprised that cronyism and hanky-panky is one of the main causes of MAS continued decline. 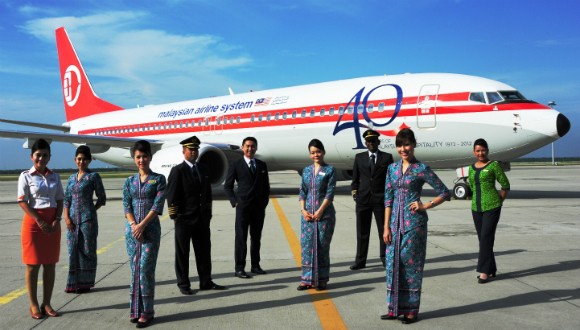 DAP does not agree with MAS filing for bankruptcy not only because it is shameful but its adverse impact on MAS’ workers. However Khazanah must come up with a concrete plan to rescue MAS, which must include the adoption of international practices of open competitive tenders and performance-based assessment for all workers, including top management.

Despite the subsidies and grants of tens of billions given by Malaysian taxpayers, MAS has shown that it cannot compete with Air Asia, which is a miraculous success story for Malaysian entrepreneurship despite not getting a single cent from Malaysian taxpayers. Worse, the new budget carrier Malindo Air would only impact negatively on MAS’s profits.

The Transport Ministry does not appear to have a clue about undertaking cost-effective infrastructure projects as seen by the scandalous escalation of cost overruns and delays in the klia2 project. From an initial budget of RM1.6 billion, klia2’s costs has soared to RM 4 billion and the project has been 3 years late in missing completion datelines 3 times, with public safety cited as the reason for the latest delays to the project.