Low-cost carrier AirAsia Bhd says the delay in the completion of the new Kuala Lumpur International Airport 2 (klia2) terminal will affect its Malaysian growth plans for the year. 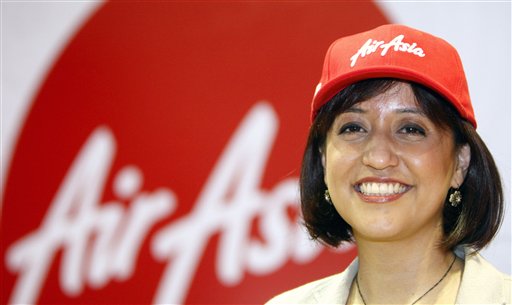 AirAsia CEO Aireen Omar said the airline has prepared for the worst-case scenario in the event the new terminal will not be ready by May 2 this year.

Aireen added the airline has prepared contingency plans if the new terminal opening date is delayed for the sixth time.

Speaking to The Malaysian Reserve, she said the delays in the completion of the hybrid airport in Sepang have already forced the airline to trim delivery of new aircraft based in Kuala Lumpur from the original 10 to just three this year.

“The current low-cost carrier terminal has no aircraft parking bays. We have to park them somewhere else and have to tow them to the terminal everyday. How are we supposed to bring in new aircraft,” she said.

Aireen said the lack of aircraft bays is already disrupting flight operations for the airline during peak periods and is already costing it more in logistics.

However, Aireen said the hiccup in aircraft numbers for its Kuala Lumpur operations will not affect the overall growth of the airline. She said AirAsia is also ready to work with airport operator Malaysia Airport Holdings Bhd (MAHB) to ensure that klia2 can be ready by May 2.

“We are ready to move in and start operating from klia2 which we think is a terminal that could stimulate growth for both AirAsia and MAHB.

“However we have certain concerns on the readiness of the terminal building and runway,” she said.

Malaysia’s first hybrid terminal, klia2, which is being built to accommodate 45 million passengers annually, was initially set to open in September 2011 but the date has been delayed five times.

Its initial budget of RM1.6 billion has since ballooned to RM4 billion, with the latest figures to be revealed only after the completion of the project, according to Acti ng Transport Minister Datuk Seri Hishammuddin Hussein.

The contractors of the main terminal building, a UEM Construction Sdn Bhd-Bina Puri Holdings Bhd joint venture, failed to secure the certificate of completion and compliance by end-January forcing the latest deferment.