The 9.7 km Stormwater Management And Road Tunnel or SMART Tunnel, is a storm drainage and road structure in Kuala Lumpur, Malaysia. 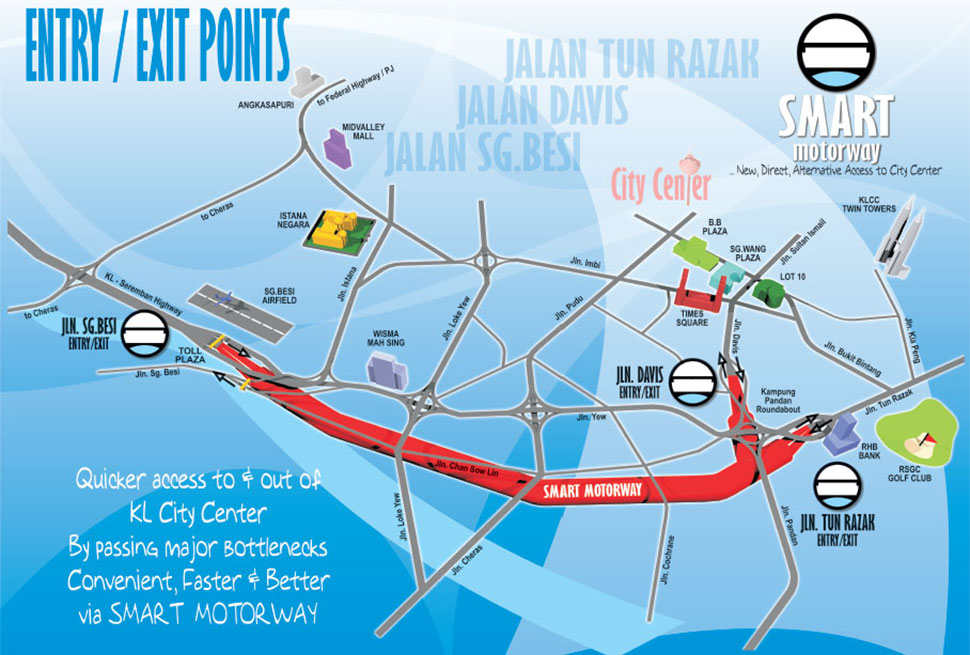 Entrance and Exit of SMART Tunnel

It is the longest multi-purpose tunnel in the world. It begins at Kampung Berembang lake near Klang River at Ampang and ends at Taman Desa lake near Kerayong River at Salak South.

The main objective of this tunnel is to solve the problem of flash floods in Kuala Lumpur and also to reduce traffic jams along Jalan Sungai Besi and Loke Yew flyover at Pudu during rush hour.

There are two components of this tunnel, the stormwater tunnel and motorway tunnel. 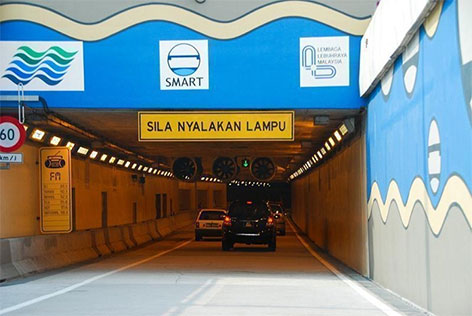 The motorway tunnel will reduce traffic congestion at the Southern Gateway leading to the city centre. The travel time will be reduced significantly.

For example from the Jalan Istana Interchange-Kampung Pandan the expected travel time is a mere four minutes compared to ten to fifteen minutes using the existing roads.

The entrance and exit in SMART Highway are located at:

Entrance and Exit of SMART Tunnel 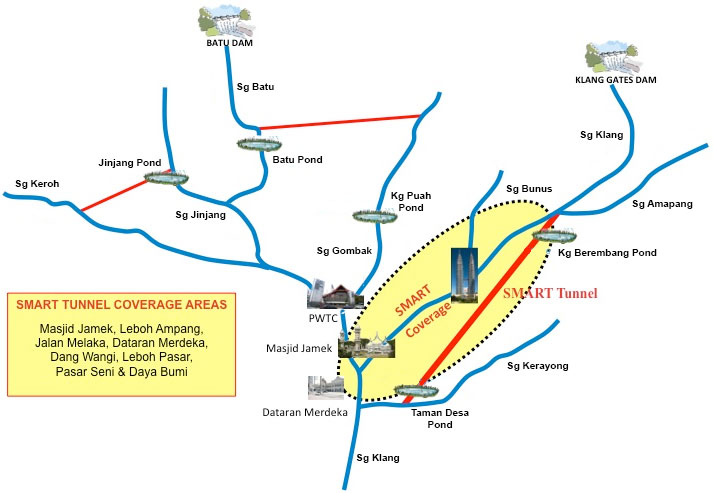 Only cars, MPVs and SUVs not exceeding 2m in heights are allowed to go through. 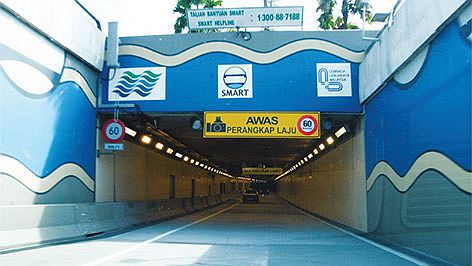 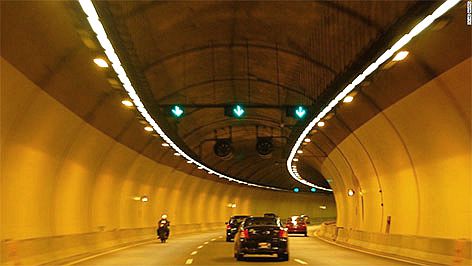