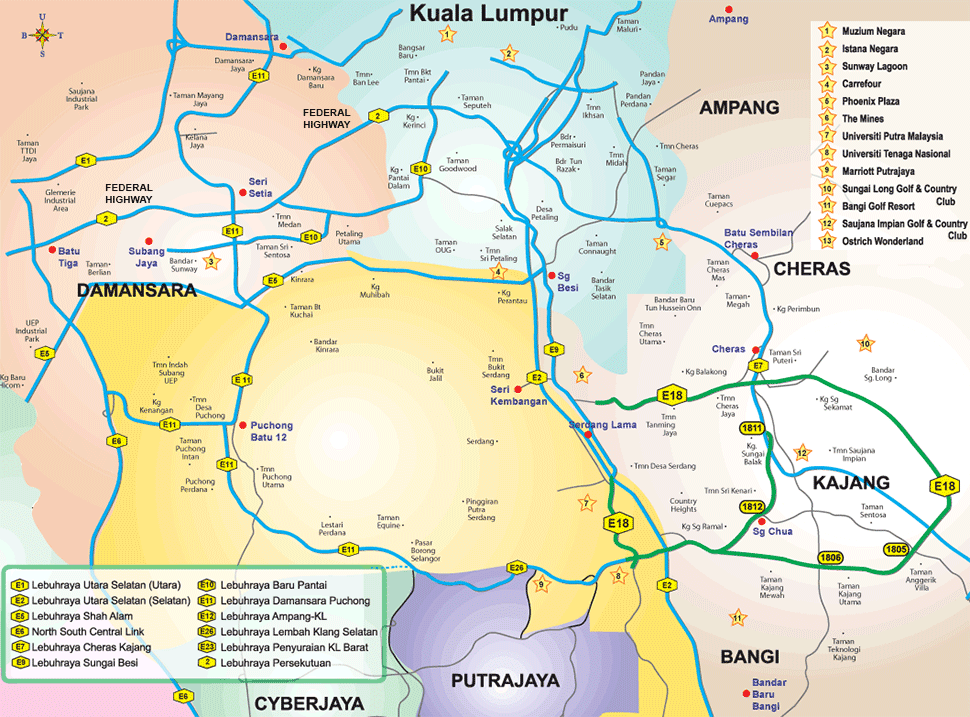 Federal Highway and other connected highways

It is the busiest highway in Klang Valley during rush hour from/to Kuala Lumpur. The Federal Highway is coded as Federal Route 2.

The highway serves as the main highway of Klang Valley conurbation since it connects major cities of the conurbation including Klang, Shah Alam, Subang Jaya, Petaling Jaya and Kuala Lumpur.

However, the increase of traffic as a result of the population increase peaked the capacity of the highway in the mid-1990s and therefore massive daily traffic jams along Federal Highway are common especially early in the morning and late afternoon. As a result, the government began to build new expressways to reduce the congestion of Federal Highway. 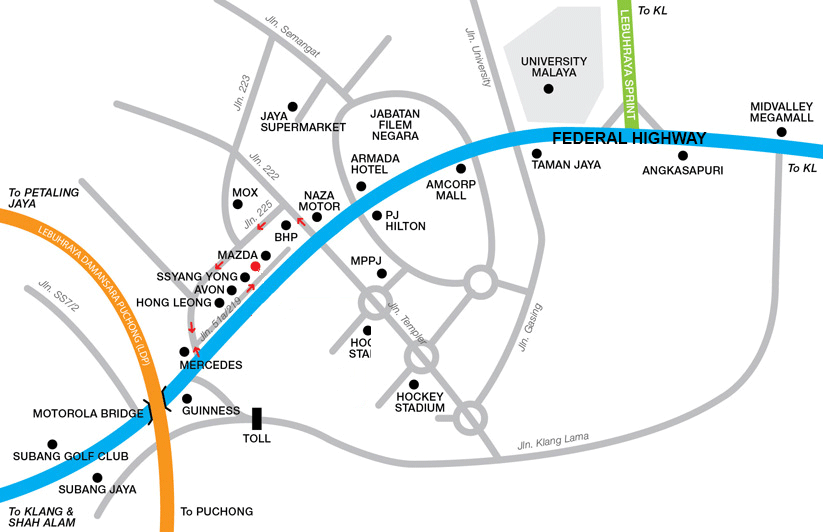 in 1992 PLUS Expressways, the concession holder of North-South Expressway (PLUS) has upgraded the entire highway to a 6-lane highway from 4-lane limited access highway except for the Petaling Jaya stretch, and added two toll plazas near Batu Tiga and Sungai Rasau. 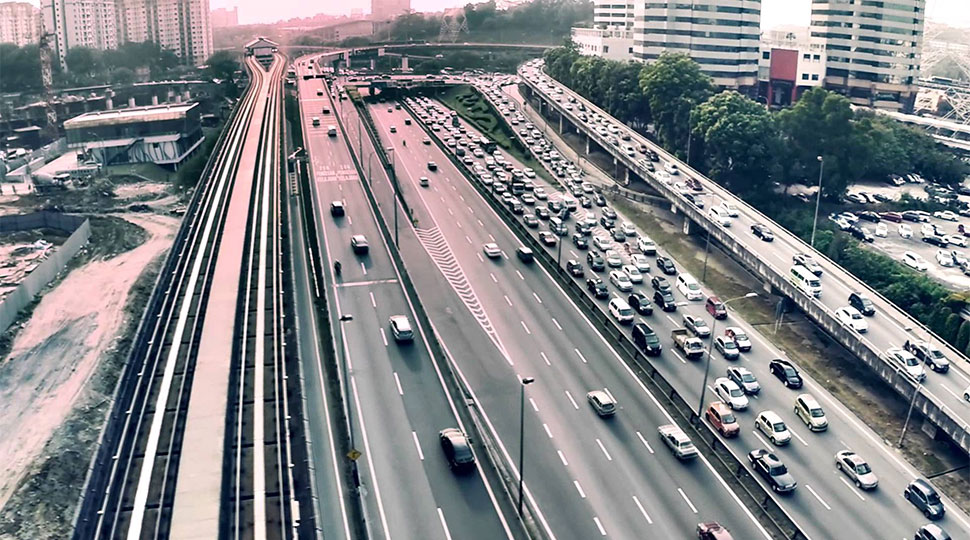 The main landmarks of Federal Highway is Kota Darul Ehsan, the biggest arch in Malaysia located in Petaling Jaya. It was built on the orders of the former Sultan of Selangor, Sultan Salahuddin Abdul Aziz Shah to commemorate the cession of Kuala Lumpur to the federal government on 1 February 1974. 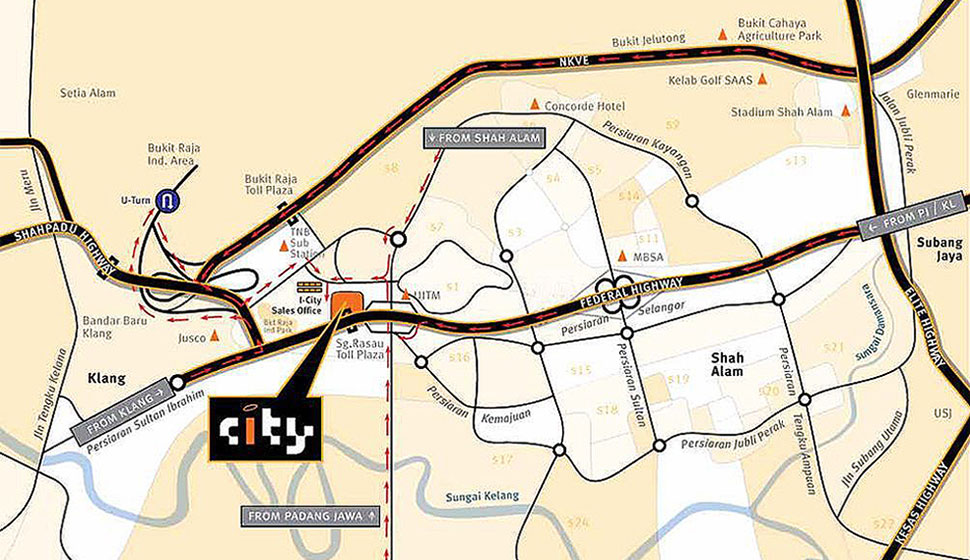 Another landmarks are Tugu Keris located near Sungai Rasau toll plaza in Klang and a clock tower in Highway (route 15) interchange near Subang Jaya. 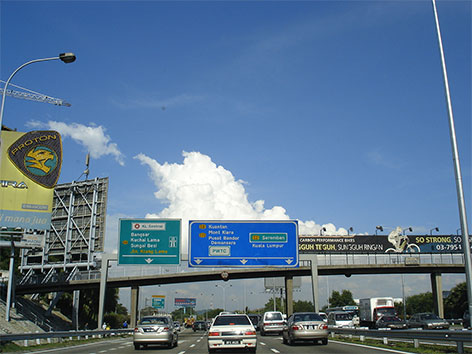 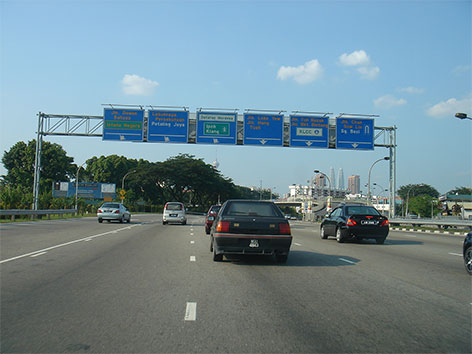 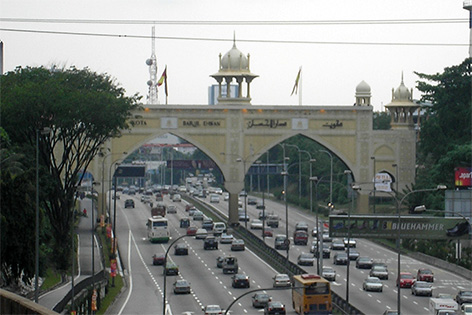 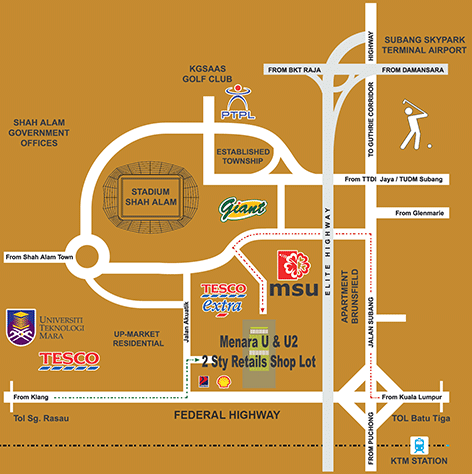