The Cheras LRT station is an at-grade LRT station situated near and named after the Kuala Lumpur township of Cheras.

The station is part of the Sri Petaling – Sentul Timur branch of the Ampang Line LRT.

Despite its name, this Cheras LRT station is not located within or close to the Kuala Lumpur township of Cheras.

Rather, the LRT station is situated between the northern Sungai Besi region, Taman Ikan Emas and Salak South, a kilometre northwest from the nearest border to Cheras.

The station is thus more reachable to users from the aforementioned three areas, as well as Bandar Sri Permaisuri to the south, than Cheras. 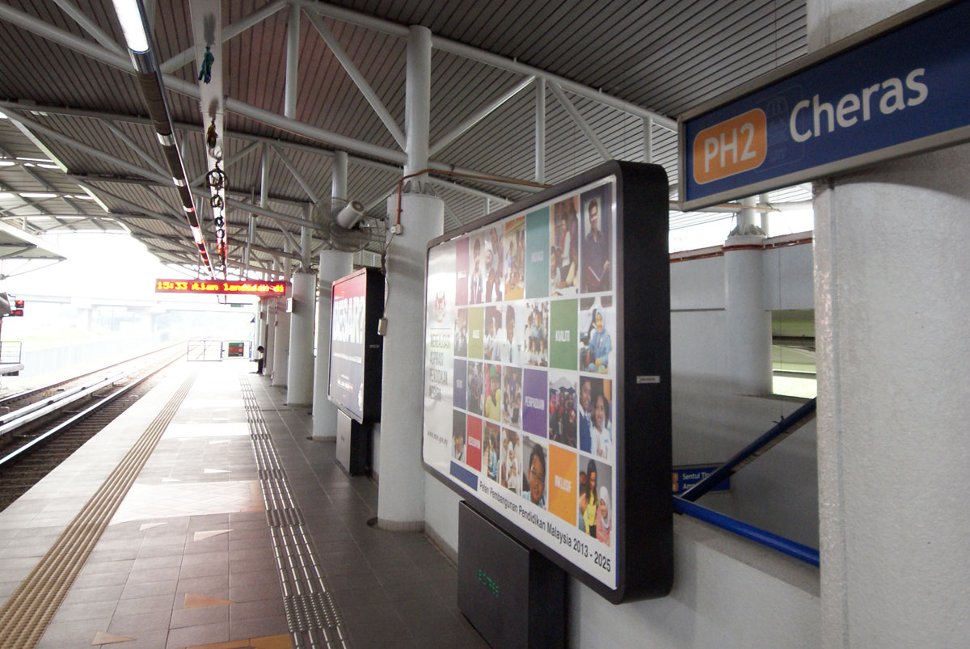 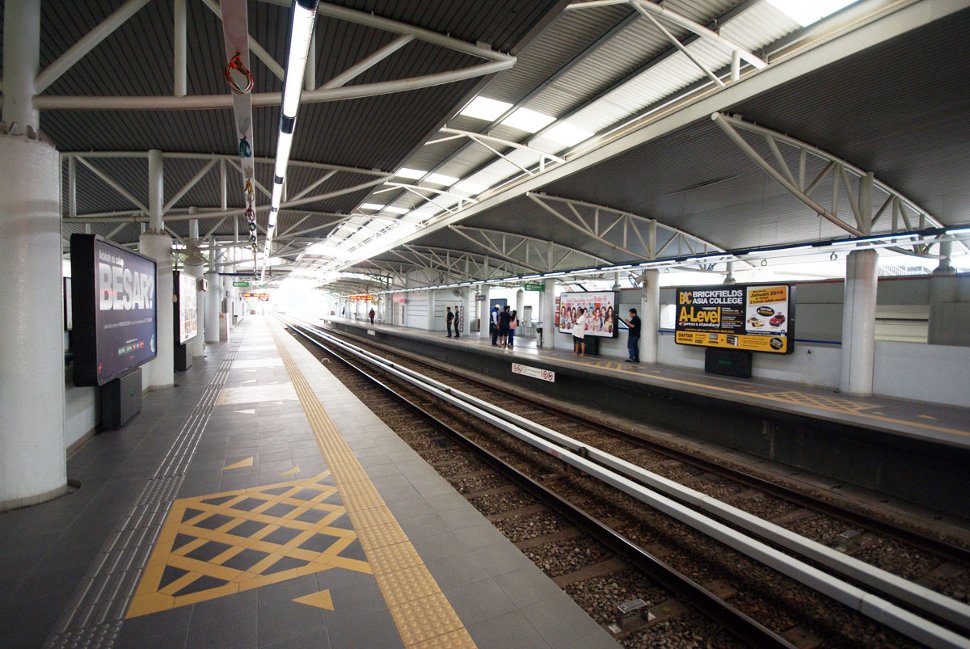 The station’s main access point faces the southeast towards Taman Ikan Emas and is accessible via Jalan Jelawat Satu.

In the beginning of its operation, the Cheras station was primarily accessible via a footbridge crossing a ditch.

Beginning June 2007, construction work was conducted directly in front of the station, demolishing the original path and requiring a temporary route around the construction site for access into the station.

Until late-2006, the western side of the station was lined along a backroad that branched off Jalan 3/12, and several industrial buildings.

The area had since been partially cleared away for the construction of the Kuala Lumpur-Putrajaya Expressway, slated for opening in 2008. 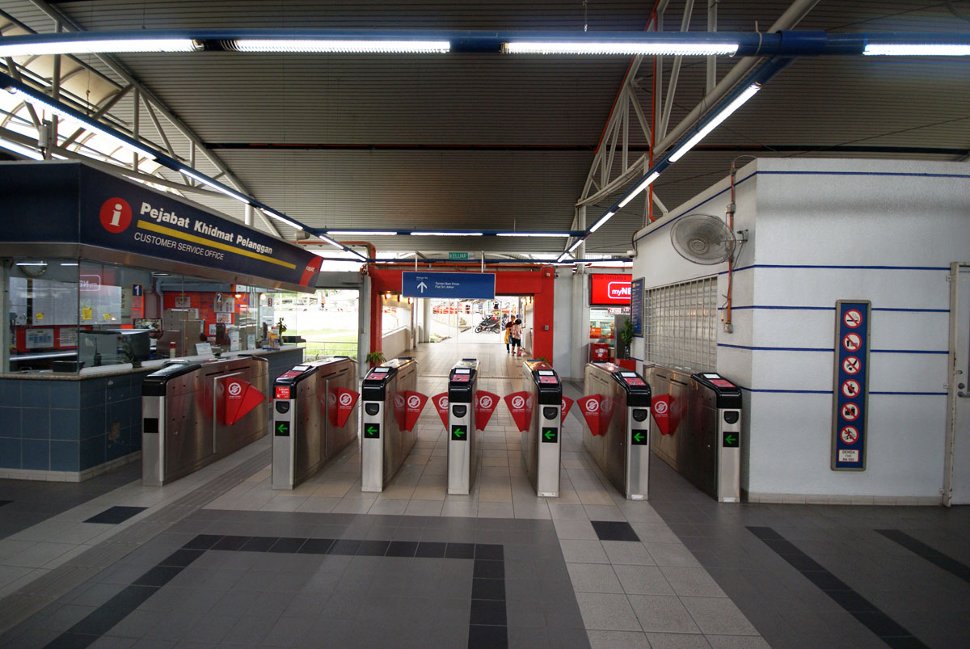 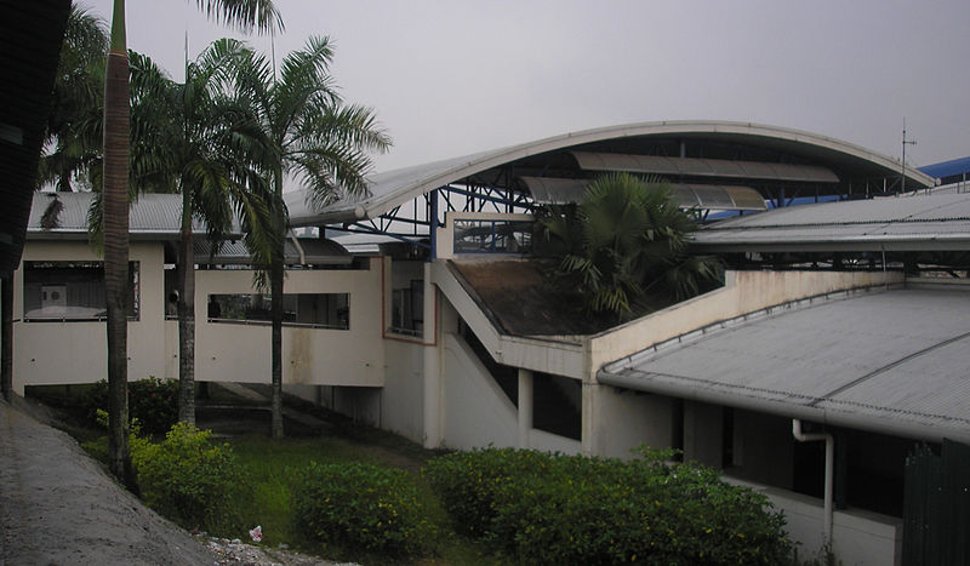 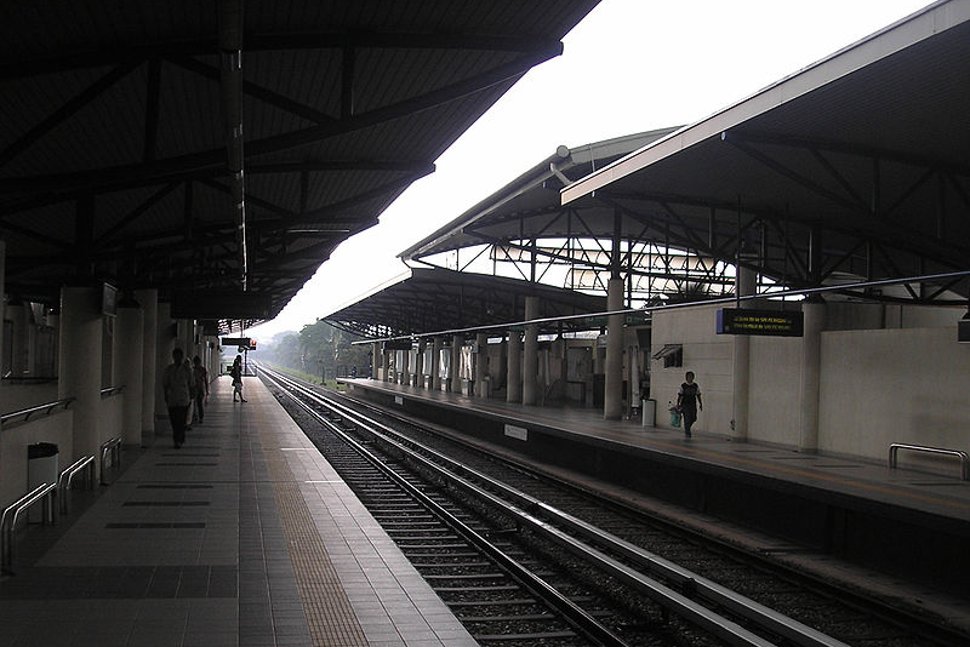 While the station itself is unaffected, access from the west now requires crossing an overhead bridge prepared along with the expressway.

The station is also the last station from the terminating Sri Petaling station before a convergence with the Ampang-bound line and the Chan Sow Lin interchange, 1.5 km northward.

The station was opened on July 11, 1998, as part of the second phase of the STAR system’s opening, including 7 new stations along the Chan Sow Lin-Sri Petaling route.

This station is situated between the northern Sungai Besi region, Taman Ikan Emas and Salak South, a kilometre northwest from the nearest border to Cheras. 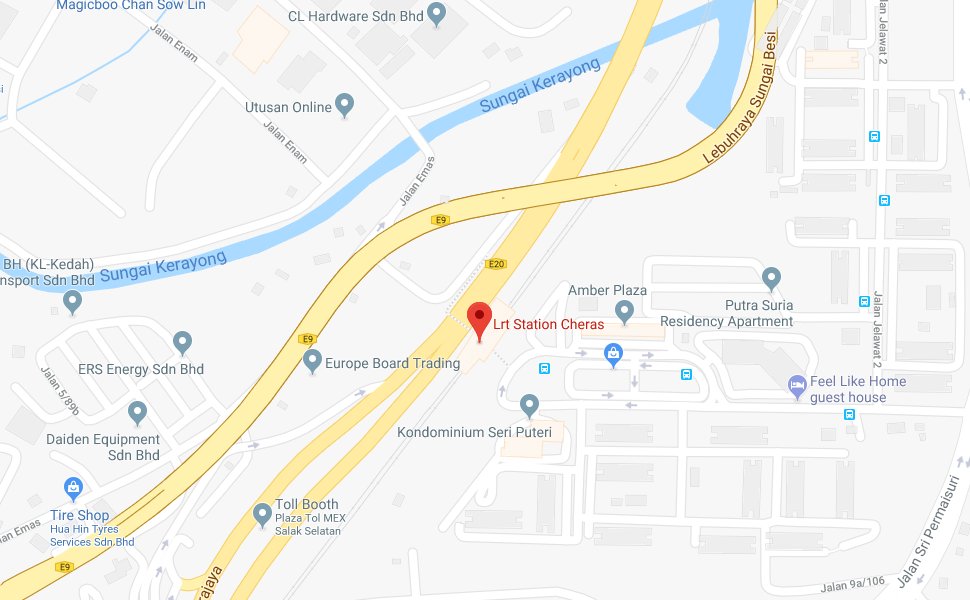 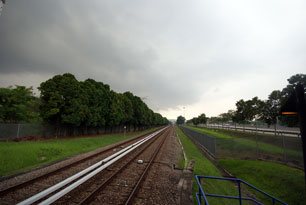 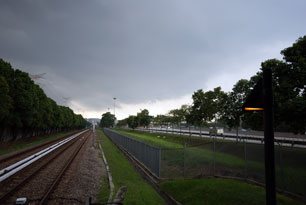 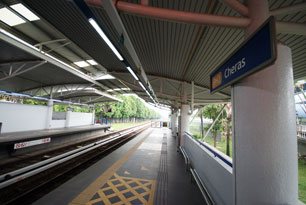