The Seremban KTM station is a Malaysian railway station located at the west end of Seremban, Negeri Sembilan.

Because the station serves as a terminal stop of the KTM Komuter commuter train service, only one line is needed for the service, used as a final stop for its southbound journey and the beginning of its northbound journey. 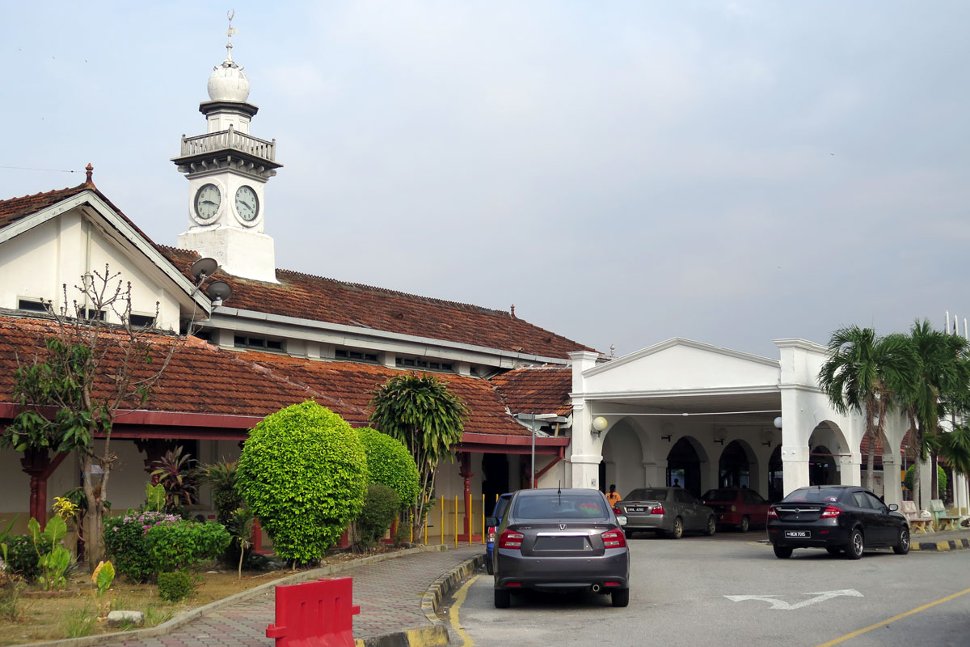 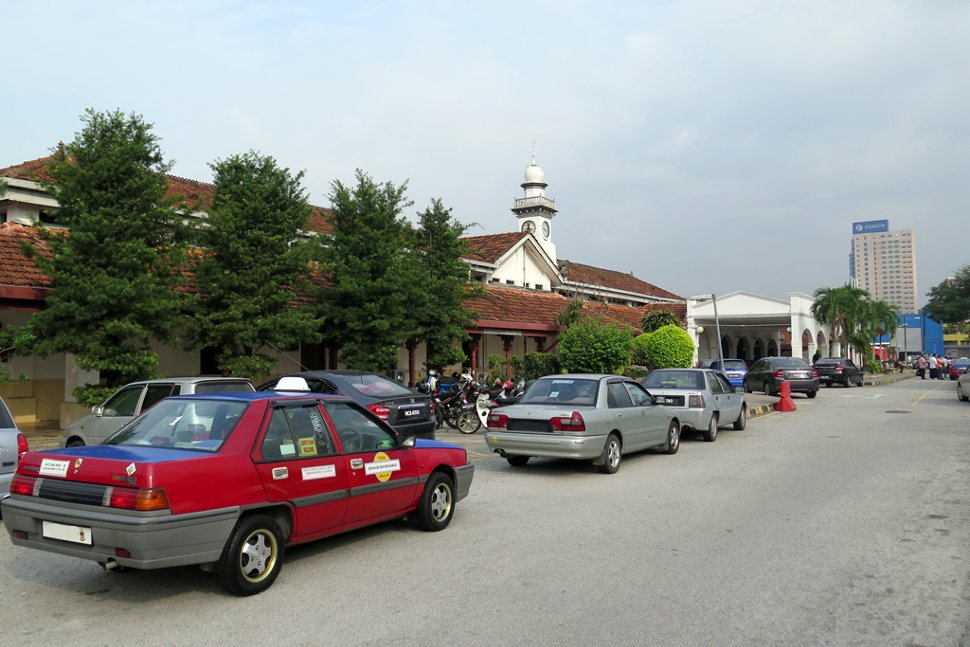 Entrance of the KTM Station

The central part of Komuter trains stop only at platform 1, a side platform directly adjoining the station building.

Platforms 2 and 3 are situated on an island platform covered by a metal-framed and wooden shade, and serve southern part of Komuter, ETS Line and Intercity trains.

The station is essentially fashioned in a simplistic form, consisting of an oblong-planned one storey station building containing station offices at the southern half of the station, and ticketing facilities and the passenger concourse in the northern half of the building. 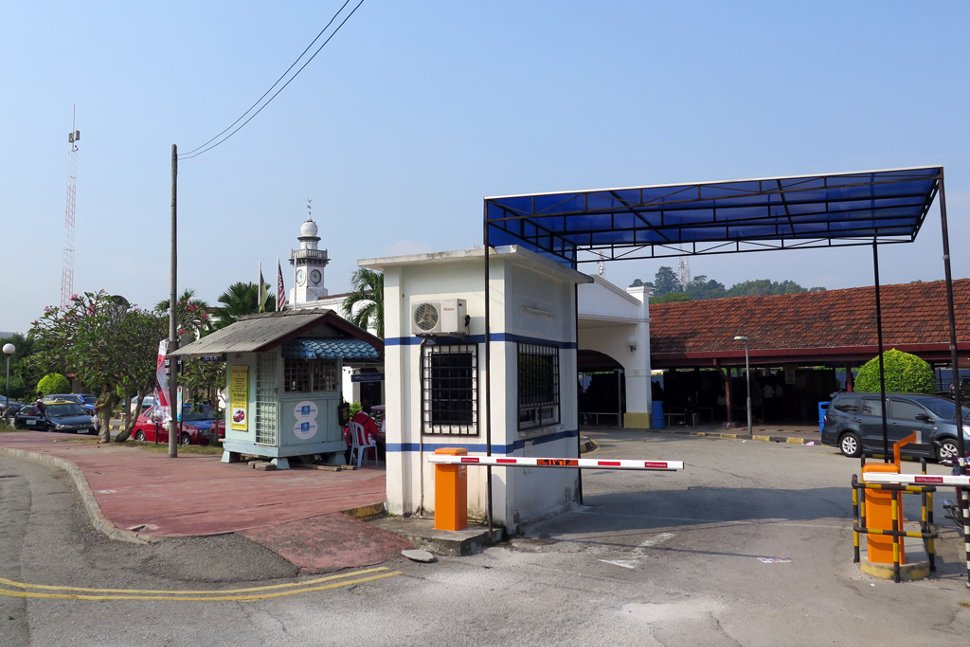 Exit of the KTM Station 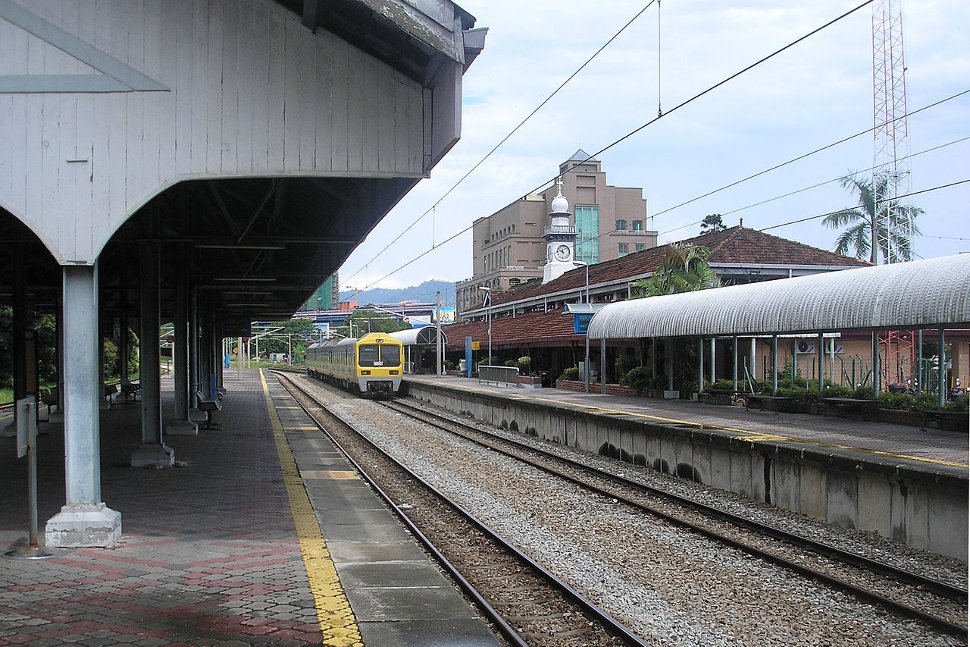 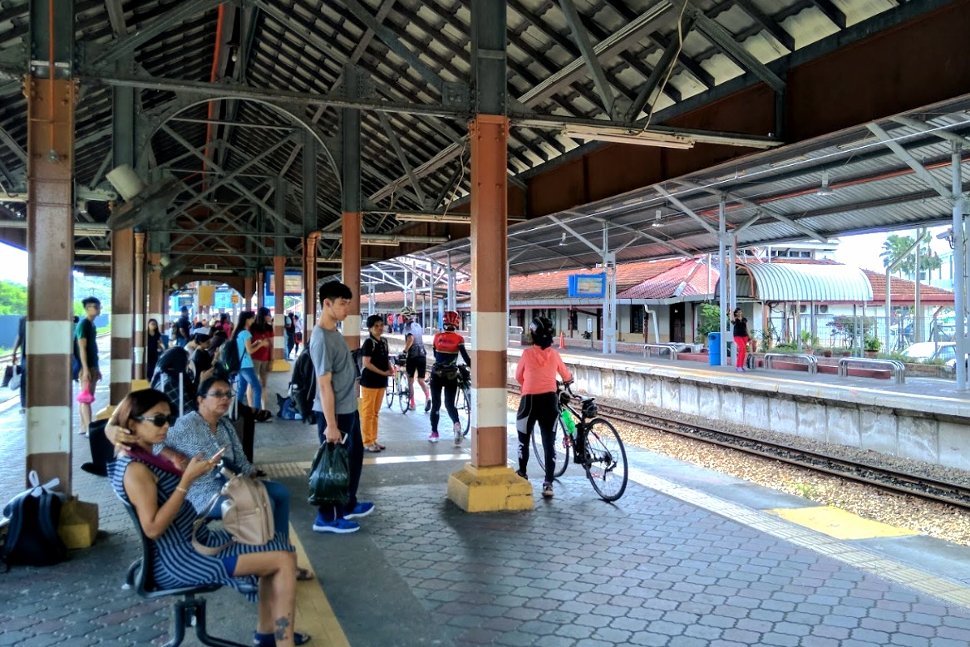 The station is covered by two layers of hip roofs: One at the bottom cut at the top by a smaller one with a large gable.

A white clock tower is erected atop the roof of the building, topped by an onion dome.

The top of the roof is adorned by wooden carvings and small pinnacles on its upper ends. A white clock tower is erected atop the roof 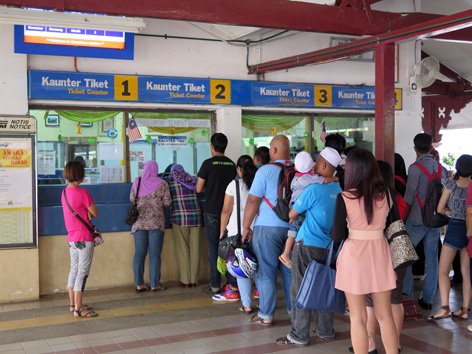 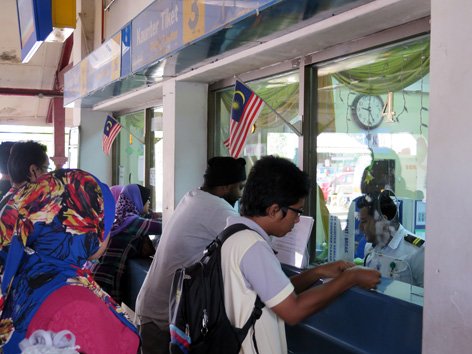 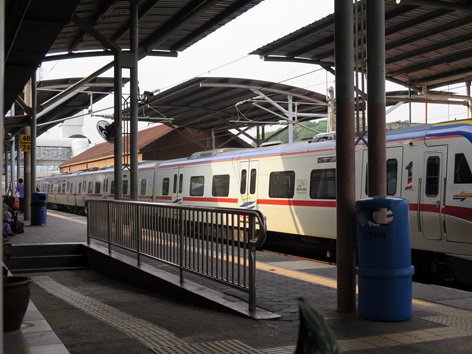 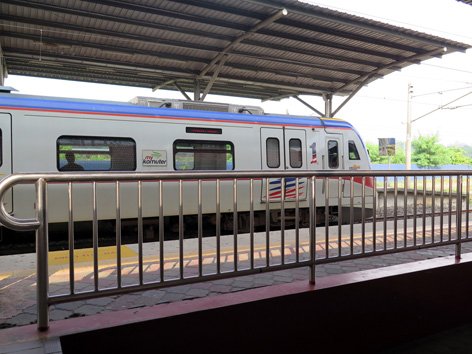 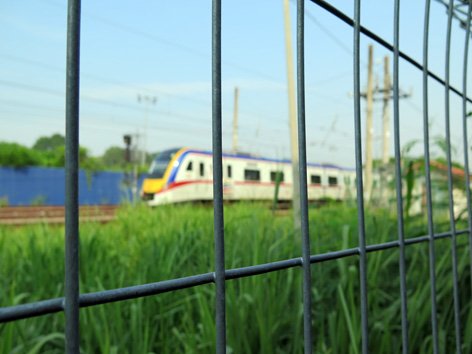 The Seremban station is a Malaysian railway station on the west end of Seremban, Negeri Sembilan. You can use the KTM Komuter to go the Nilai Komuter station and then a shuttle bus to the klia2 airport. Alternatively, the Seremban Bus Terminal is just 5 minutes walk away if you want to take the Cityliner bus to go to klia2. Seremban Bus Terminal is about 5 mins walk away