The Tiroi KTM station is a KTM Komuter train station located next to the small housing estate of Taman Tiroi, Negeri Sembilan, on the 7th kilometre of Jalan Labu.

The Tiroi Komuter station is named after the town of Tiroi, and is essentially a replacement of the old Tiroi station destroyed by communists during the 1948-1960 Malayan Emergency.

This station is the fourth last stop for southbound Komuter trains, before the Sungai Gadut KTM station, located 18.4 kilometres away.

The Tiroi KTM station strictly serves as a two-platform train halt for the Rawang-to-Seremban KTM Komuter train service, having prepared facilities to purchase tickets, but lacking any staff. 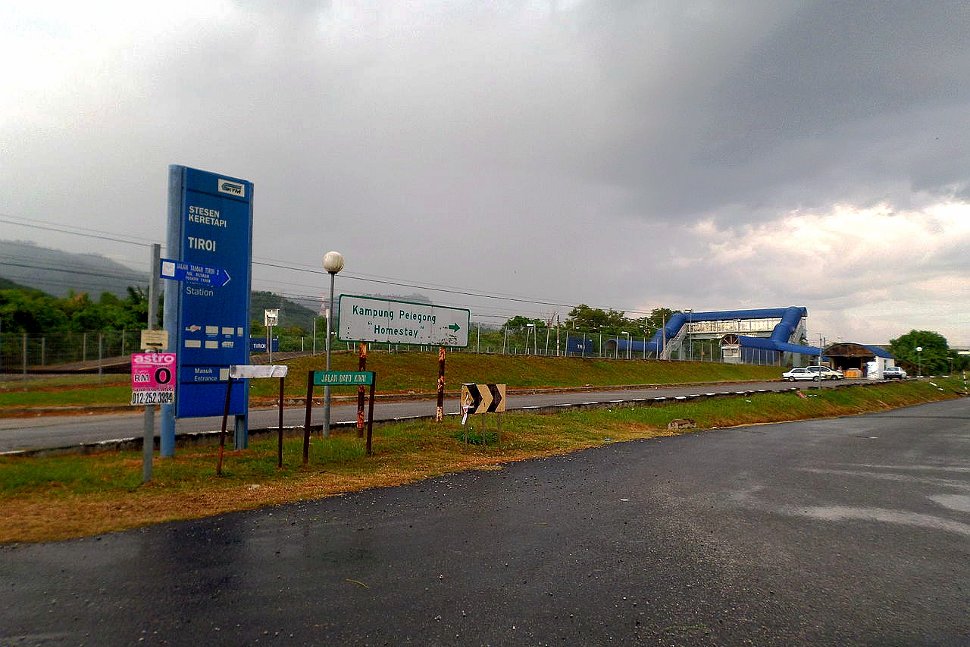 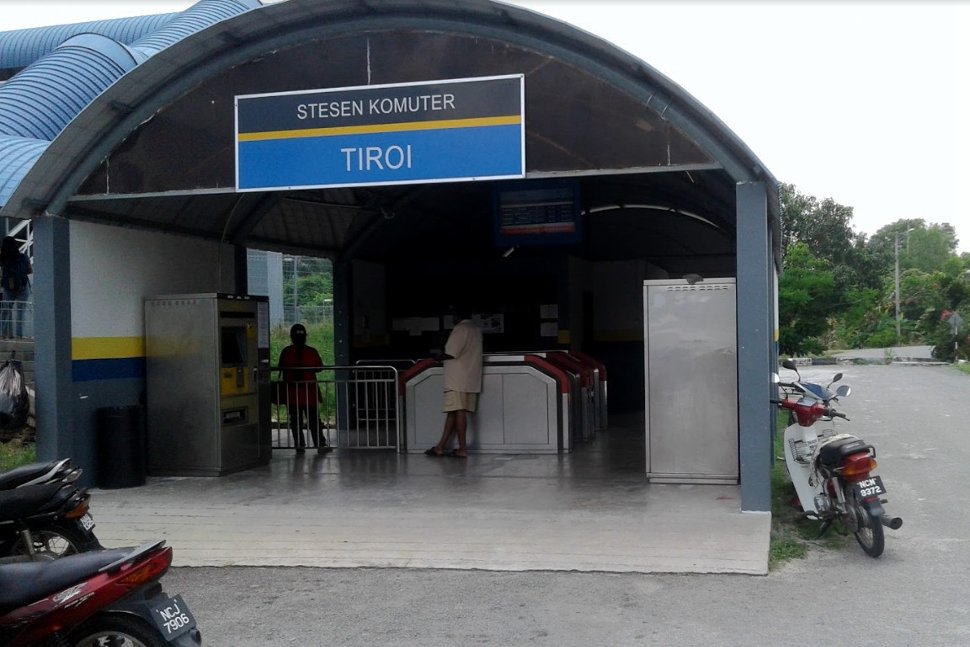 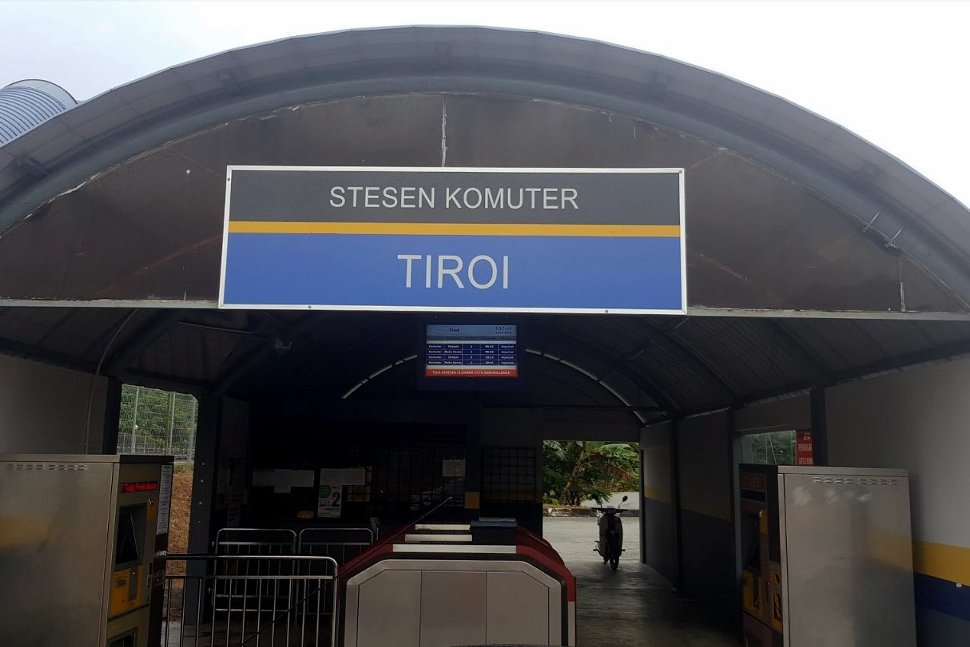 The station’s ticket counter is typically empty, leaving the halt’s ticket vending machines to provide any services to passengers.

The station, as are virtually all small train halts along the Komuter lines, is situated along two lanes of railroad (two basic routes) designated for trains traveling northbound or southbound. 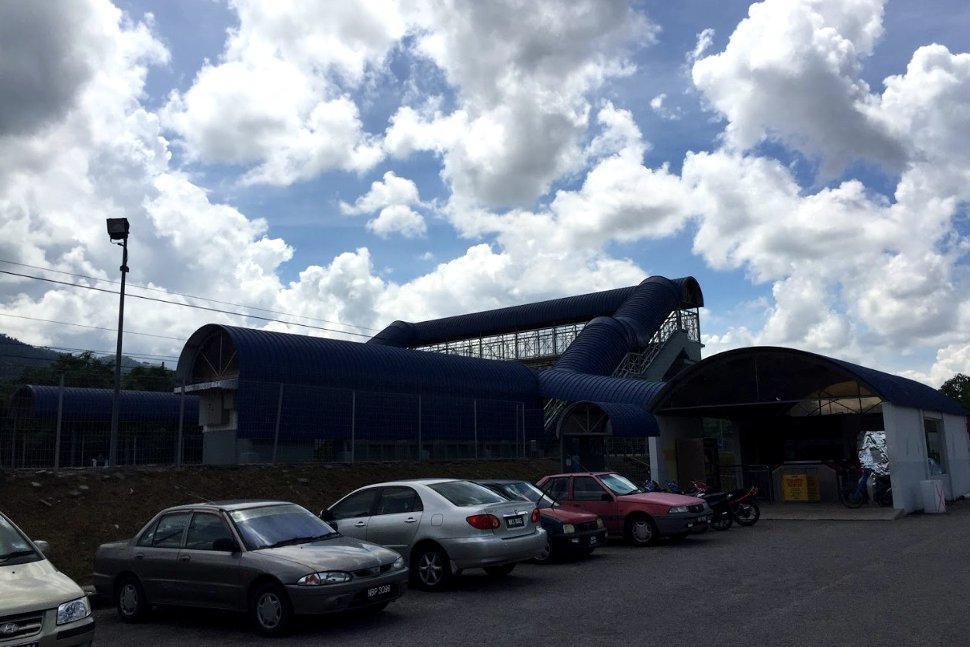 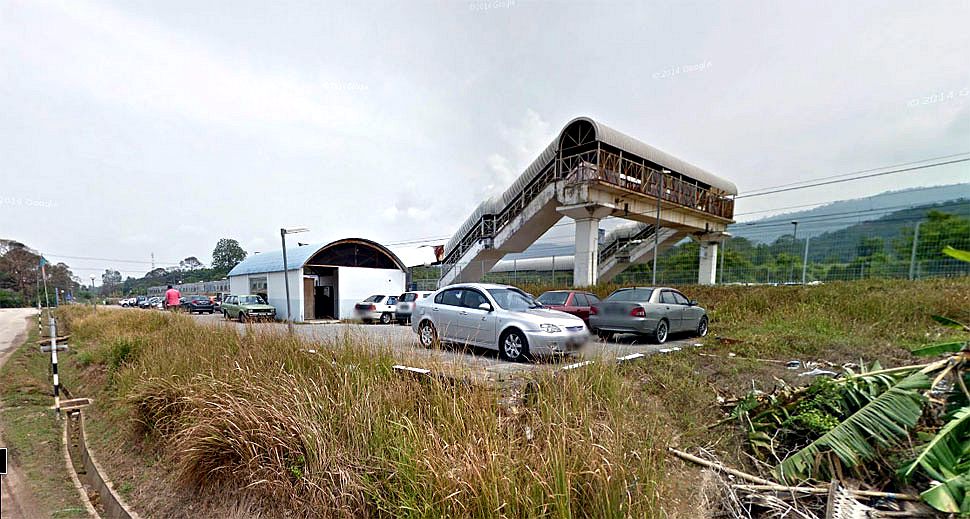 The Tiroi station is a KTM Komuter train station located next to the small housing estate of Taman Tiroi, Negeri Sembilan, on the 7th kilometre of Jalan Labu. 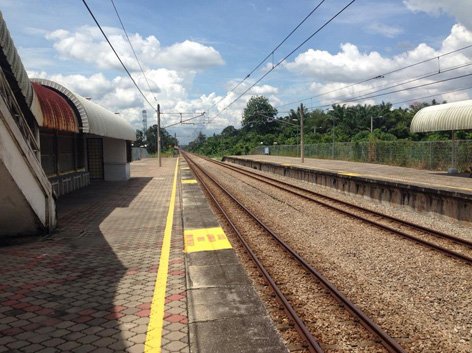 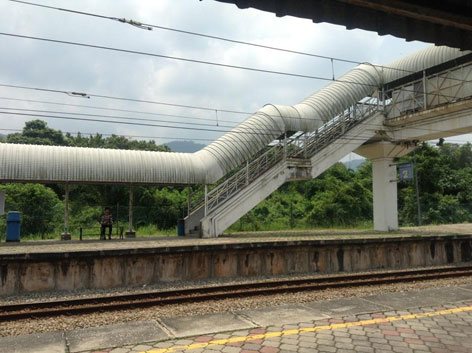