A 36-year-old Syrian claimed to have been stuck in transit at klia2 in Sepang for more than a month, in a situation that eerily echoes the Steven Spielberg movie, "The Terminal". 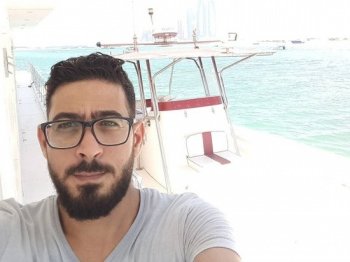 Hassan al Kontar has posted 14 videos blogs of his daily life on Twitter and Facebook that has attracted the attention of human rights groups and the media.

Hassan, who said he had been living at the airport since March 7, fears arrest if sent back to Syria, where a civil war has been raging for the past seven years.

US President Donald Trump warned this week of imminent military action in Syria over a suspected poison gas attack.

"I don't want to be a killing machine, destroying my own home and harming my own people."

Reuters reported that the Immigration Department and the airport did not respond to requests for comment. However, Malaysia Airports Holdings Berhad (MAHB) has made a one-sentence reply to theSun.

"We are aware of the matter but it is currently being handled by Immigration and the airlines," a MAHB spokesperson said.

The UN refugee agency confirmed meeting Hassan but said it could not comment on individual cases.

"UNHCR is aware of this case and have reached out to the individual and the authorities," Yante Ismail, the agency's spokeswoman in Kuala Lumpur, said in a statement to Reuters.

A former insurance salesman, Hassan said he was living in the United Arab Emirates when war broke out in Syria. He was deported to Kuala Lumpur in 2016, he said, after the Syrian embassy in the UAE refused to renew his passport.

"They deported me to Malaysia as it's one of a very few countries which allows Syrians with no visa," he said.

It took him more than a year before he raised enough to buy a flight ticket to Ecuador, but the airline refused to board him. He did not say how he raised the money.

He tried instead to fly to Cambodia, he said, but was again rejected by immigration authorities and deported back to Kuala Lumpur.

He has been living in klia2's transit zone for 37 days, he said, depending on the kindness of airport and airline staff for food and supplies.

"Things you never thought about as a problem become a problem in this situation," he said.

"Where can you take a shower? What time? If you want to clean your clothes, where will you dry them?"

In the 2004 film, "The Terminal", Tom Hanks plays an Eastern European traveller stuck in New York's JFK airport after his passport was revoked following a coup back home.

That film was inspired by the true story of an Iranian man who lived in Paris' Charles de Gaulle airport for 16 years.