UPON the announcement of the 14th Malaysian general election (#GE14) on May 9, 2018, which falls on a weekday, companies and brands scrambled to ensure Malaysians are able to head home for polling day. 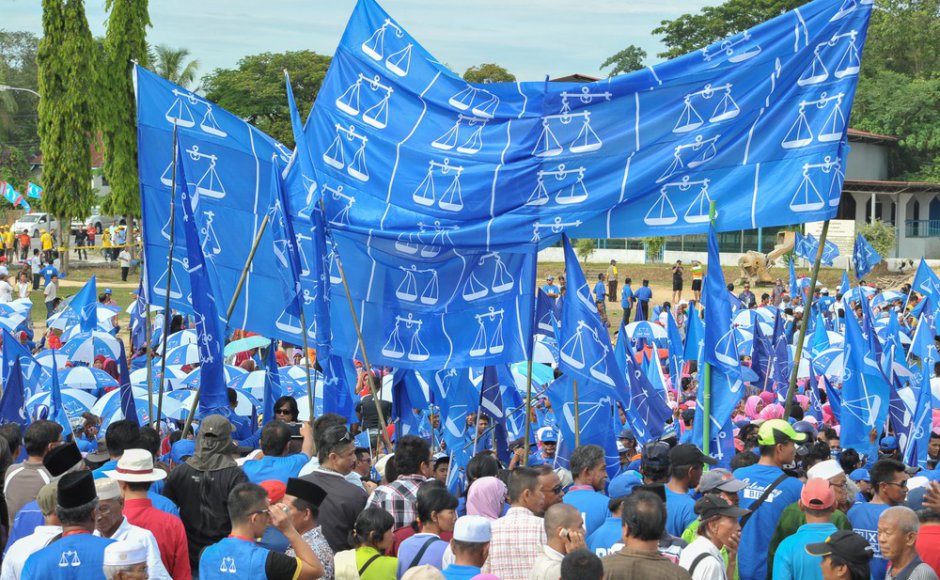 Malaysian low-cost airline AirAsia, for example, will be waiving flight change fees for bookings that fall on May 9.

In a statement, the airline said the offer applies to Malaysian citizens and must be done within 10 days of April 10.

Ticket holders can either perform a date change to postpone travel (by up to 30 days from the original travel date) or credit the fare value to their AirAsia BIG Loyalty account for future travel with AirAsia (to be redeemed within 90 calendar days from the date of credit issue).

AirAsia also advised guests traveling to arrive at the airport earlier to avoid congestion due to the surge in the number of travelers during the polling period. 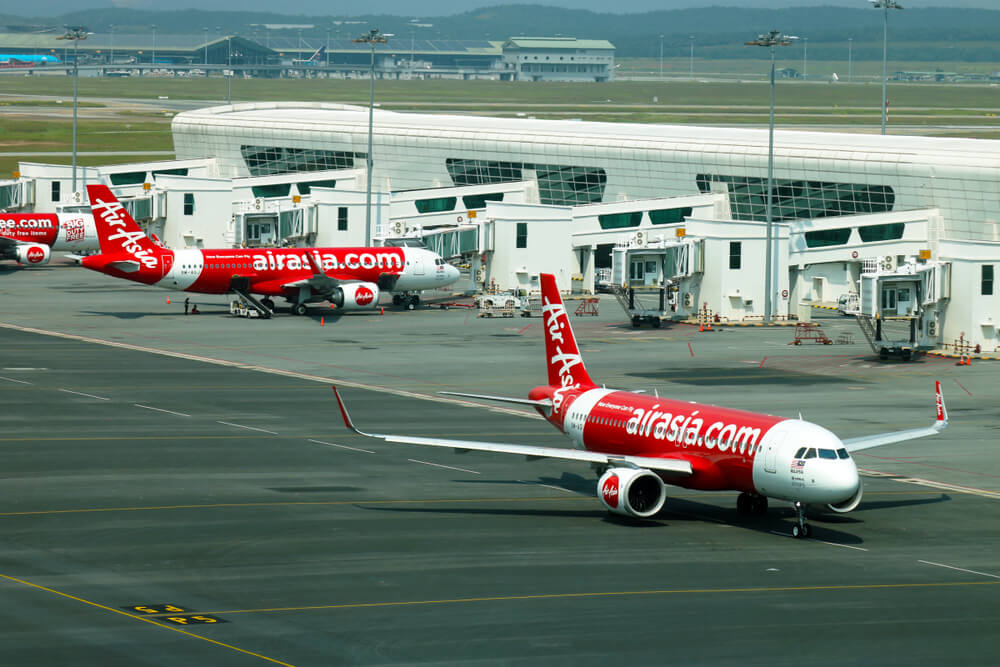 Traveling into, around, or out of Malaysia during #GE14 – Best be at the airport early. Source: Shutterstock.

According to Tourism and Culture Ministry deputy minister Datuk Mas Ermieyati Samsudin, previous trends recorded during the last general election on May 5, 2013 saw a 13.2 percent hike in domestic trips compared to May 2012.

“The number of visitors also increased from 12.2 million in April 2013 to 12.9 million the next month,” The Star quoted Mas Ermieyati as saying.

“For guests with check-in baggage, we recommend you arrive early to ensure sufficient time to drop off your baggage at the counter before proceeding to the departure gate.” 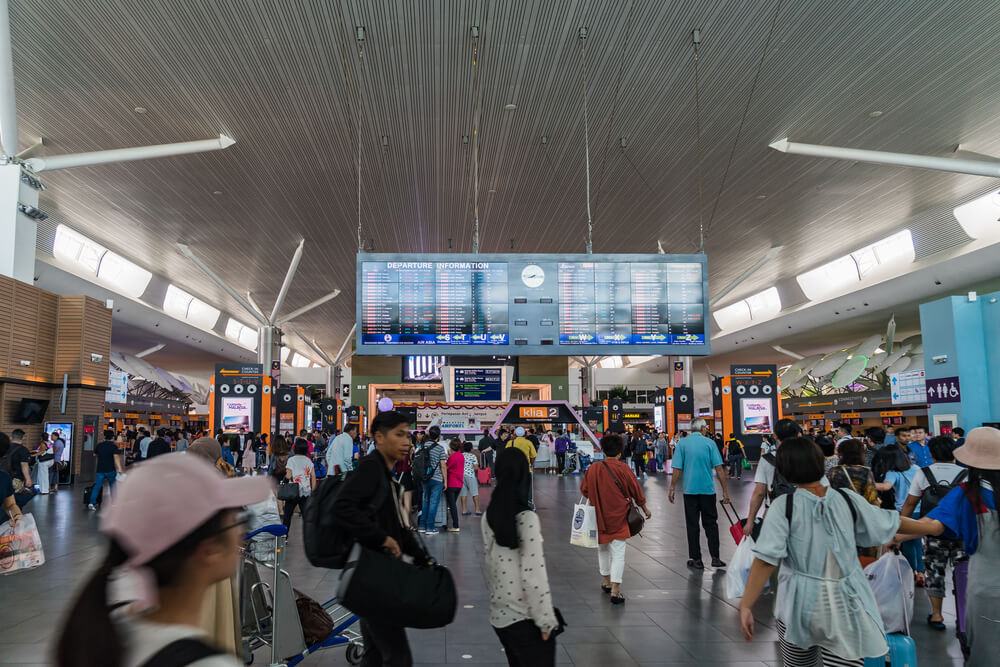 The Kuala Lumpur International Airport 2 (klia2) in Sepang saw a total of 2.87 million travelers passing through in 2017. Source: Shutterstock.

Meanwhile, companies are offering employees time/days off from work. On Twitter, the hashtags #PulangMengundi and #CarpoolGE14 have been trending as scores of Malaysians are reaching out via social media to help those in need of funds or transportation to get home for polling day.

For travelers who are going to Malaysia and expats who will be in Malaysia during #GE14, here’s what you can expect:

The airports in the country are expected to see an influx of passengers as Malaysians will be making quick trips back home to vote. This includes domestic travelers as well as those who will be flying in from neighboring Southeast Asian countries such as Singapore, Indonesia, Brunei, Thailand, and the Philippines, just to name a few. 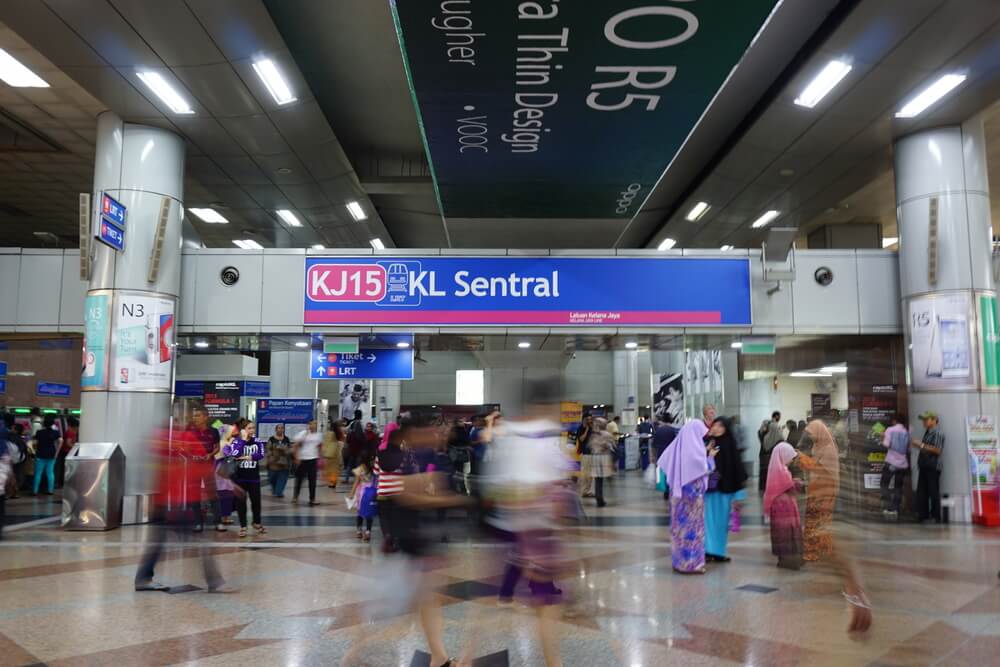 All land transportation hubs including train stations, rapid transit stations, and bus stops will also be brimming with activity on the week of May 9.

It’s an anxiety-inducing but also a very vibrant time to be in the country. Quiet, sleepy towns will experience an adrenaline rush. Political party posters, banners, and flags will adorn the streets, fences and walls, bridges, gardens, zigzagging on wires above your head, and basically provide a burst of colors at every corner that you turn. 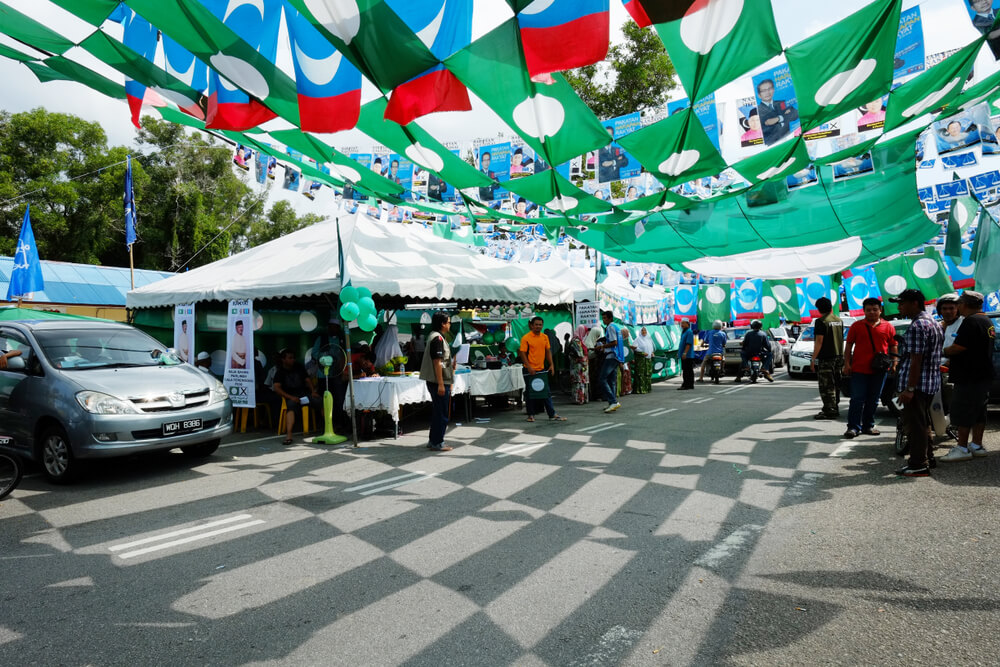 Malaysians’ moods will be at an all-time high and they may even encourage you to be a part of it – but as a spectator.

Some businesses may be closed for a day or two as business owners and their employees need to cast their vote. This includes restaurants, cafes, and other independent store owners. So just keep in mind that they could be unavailable for the day or you could experience slower service due to the lack of manpower. 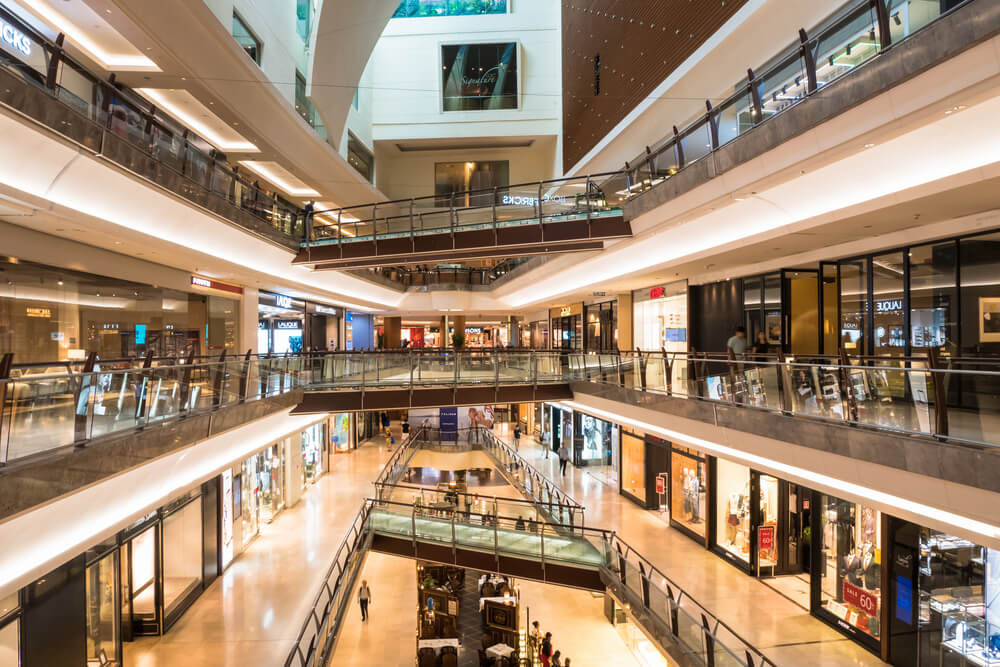 Kuala Lumpur’s The Gardens at Mid Valley Megamall, among one of the largest shopping malls in the world. Source: Shutterstock.

Retail stores and outlets in shopping malls, however, should be open and business as usual as per original programming.

An election is essentially a formal vote of a person for a political office. When politics get involved, people often worry about the security and safety of the state and its people. Fret not because a total of 64,000 specially-trained police personnel will be deployed nationwide on polling day, mainly stationed at polling stations, while 5,000 police volunteer reserve (PVR) members will assist in policing work at police stations. 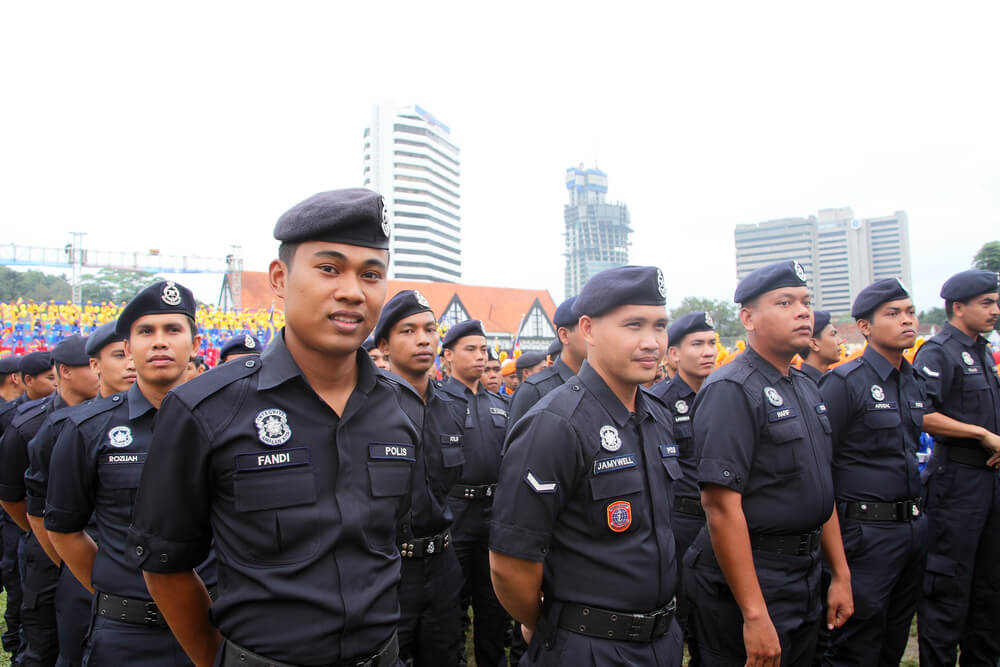 The Royal Malaysian Police (PDRM) got your back on #GE14. Source: Shutterstock.

Malaysia’s Federal Reserve Unit (FRU) personnel,  a riot control force and a special response team, will also be on standby.

Last but not least, if you’re planning on just observing the activities during #GE14, that’s fine. But stay out of trouble. For example, according to Section 26(1) of the Election Offences Act 1954, you’re not supposed to loiter or wait within 50 meters of the vicinity of a polling station. 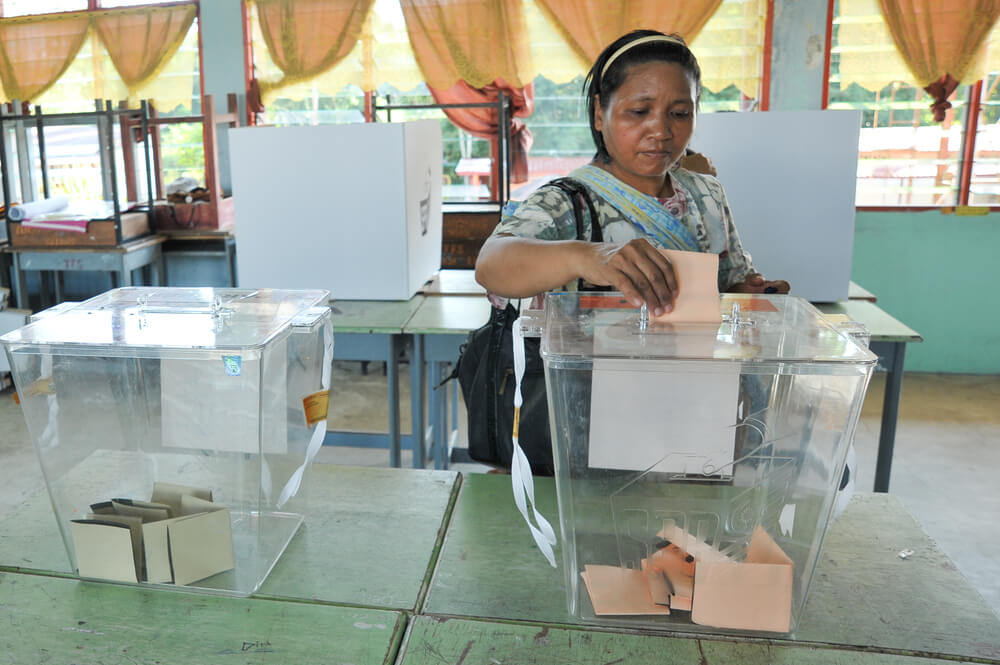 An unidentified Malaysian woman casts a vote during the 13th Malaysian general election on May 5, 2013, in Kiulu Sabah Malaysia. Source: Shutterstock.