A reviving economy and intensified destination marketing efforts could drive the hospitality market to better performance this year. S Puvaneswary speaks to hoteliers

Expectations are high among hoteliers in Kuala Lumpur, Langkawi and Putrajaya that 2018 would bring stronger performance for the Malaysian hospitality sector, bolstered by an improving domestic economy, greater destination promotion efforts by Tourism Malaysia as well as being the host nation of PATA Travel Mart 2018. 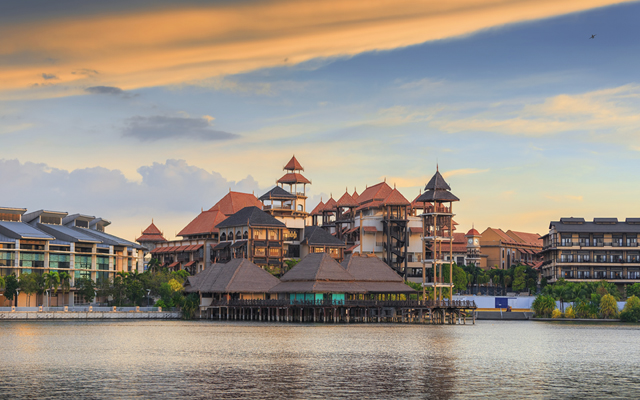 The PATA Travel Mart (PTM), which will be held in Langkawi in September, will provide extra mileage in showcasing Berjaya Langkawi Resort, one of the show’s official partner hotels, said Berjaya Hotels & Resorts’ CEO Henley Chew.

Chew expects the hotel to be fully booked during the mart and the increased exposure arising from the mart will result in higher average occupancy for the hotel this year, after closing 2017 at nearly 70 per cent.

The Westin Langkawi Resort & Spa had chalked up a good year in 2017, thanks in large part to its close proximity to Langkawi International Convention Centre (LICC), which attracted international MICE events, as well as four Indian destination weddings that brought in excess of 1,000 guests altogether, said Rajiv Kapoor, general manager of both the resort and convention centre.

With the LICC as PTM venue and The Westin Langkawi as a partner hotel, the show’s spotlight on Langkawi this year will certainly lead to greater awareness among international buyers and generate business leads, Kapoor added.

Furthermore, with increased promotional efforts by Tourism Malaysia in key markets this year in the lead-up to Visit Malaysia Year 2020, holidaymakers who have already been to Bali, Phuket and Koh Samui will likely seek a new destination in Langkawi, added Kapoor, who is optimistic that 2018 will perform even better than last year for The Westin Langkawi.

Elsewhere in the country, the year-end opening of Resort World Genting’s (RWG) 20th Century Fox World Malaysia is set to benefit hotels in Kuala Lumpur and Putrajaya, as RWG is easily accessible from both cities by car.

The new RWG attraction is expected to draw more tourist traffic from the region as well as China and India for Berjaya Times Square Hotel, Kuala Lumpur, which saw an uptick in leisure traffic last year from volume markets of China, India and South Korea, Chew said.

“As we are 30 minutes’ drive from KLIA and klia2, tourists may wish to stay in Putrajaya for some sightseeing before proceeding to visit Genting for a day trip or few nights and then return home,” she explained.

Tan is projecting a four per cent increase in average occupancy for Le Méridien Putrajaya, and efforts to market to and attract more South Korean and Japanese golfers will be stepped up, leveraging the 18-hole Palm Garden Golf Course near the hotel.

It’s also a sanguine picture painted for 2018 at Pullman Putrajaya Lakeside, which last year embarked on a rejuvenation project to add an infinity swimming pool facing Putrajaya Lake and a children’s pool, bringing the total number of swimming pools to four.

“The reinvestment of our facilities has paid off with higher weekend occupancies from staycationers,” the hotel’s general manager Roberts Ejubs told TTG Asia. “We had record occupancy in 2017 since the hotel opened over a decade ago.”

Ejubs, who is also the area general manager of AccorHotels in Malaysia, added: “Putrajaya was once a hidden secret and I am glad to see more awareness and more tour operators promoting the destination… Tourism Malaysia’s increased investment in global promotions will certainly benefit the destination as a whole.