AS the Malaysian Aviation Commission (Mavcom) moves ahead with plans to implement a new passenger service charge (PSC) calculation framework next year that will set the rates according to the facilities of an airport, AirAsia Group is lobbying hard for the commission to roll back a piece of legislation that cuts into its bottom line.

The largest low-cost carrier in Asia wants a reversal of the charges that were gazetted in December last year, which saw passengers flying out of klia2 in Sepang paying the same PSC, or commonly known as airport tax, as those departing from the Kuala Lumpur International Airport (KLIA) and all other airports in Malaysia. 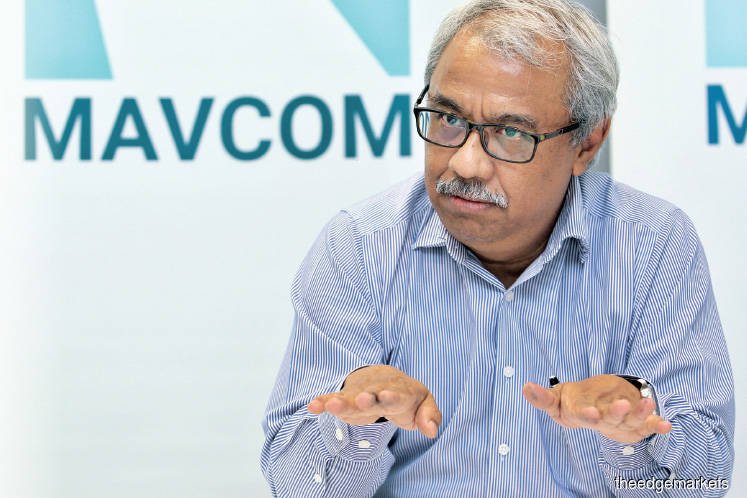 However, that is unlikely to happen, according to Mavcom executive chairman Dr Nungsari Ahmad Radhi.

What is more certain is that the PSC for KLIA and klia2 will be lowered. Smaller airports such as Miri and Kuantan may see a bigger reduction.

“[Any] changes in the PSC for klia2 will be in tandem with those for KLIA as they share the same airport code — KUL. If we were to reverse the decision to equalise the PSC, it would be unfair to the airlines that have been collecting the PSC at the newly gazetted rate since Jan 1,” he tells The Edge in an interview.

The equalisation of the PSC — one of Mavcom’s major tasks since its inception on March 1, 2016 — saw the rate for flights beyond Asean raised to RM73 from RM50 across all airports effective Jan 1. For travellers within Asean, however, it has been lowered to RM35. The rate for domestic departures was increased to RM11.

The move has raised the ire of AirAsia, which highlighted that KLIA and klia2 are two vastly different terminals that provide different level of services and facilities to its users.

Nungsari points out that the PSC hike for flights beyond Asean only affects 4% of total departures from klia2. “More than 90% of international traffic from klia2 is to Asean destinations, which has a lower PSC of RM35,” he says.

But he concedes that AirAsia Group’s long-haul affiliate, AirAsia X Bhd (AAX) — already weighed down by high fuel costs and a competitive business environment — is most affected by the rate hike.

For the nine months ended Sept 30, AAX incurred a net loss of RM213.43 million, compared with a net profit of RM14.47 million a year ago, despite posting a 2% year-on-year increase in revenue to RM3.4 billion.

Nungsari believes the implementation of a regulatory asset-based framework to determine aeronautical tariffs will solve the issue.

On Nov 21, Transport Minister Anthony Loke said lowering the PSC was on the agenda to make air travel more affordable for Malaysians.

Nungsari says Mavcom also takes cognisance of the government’s intention to liberalise the local airport industry and allow private players to build and operate airports in the country as Malaysia’s passenger traffic looks set to surpass the 100-million mark this year.

However, before the government embarks on an ambitious expansion of airports, Nungsari draws attention to the airport operating agreement (OA) signed between Malaysia Airports Holdings Bhd (MAHB) and the federal government — which expires in 2034 — granting MAHB the right to manage 39 airports in the country as well as collect PSC to run their operations.

While Mavcom is not involved in the negotiations between the government and MAHB to review the OA, he notes that the commission’s job is to determine the aeronautical charges, including the PSC.

“If the government wants to carve five airport zones out of the OA and bring in new investors, the investors need to know the returns they can get from operating and maintaining the airports. This is based on what the airports can charge in terms of aeronautical charges, such as PSC, landing fees and parking charges as well as non-aeronautical income like parking and use of airport facilities,” says Nungsari.

“Our role is to set the cap for all these charges. We can only do this when the government has decided on the airport network that it wants to have and the basis of the new funding model going forward. We will also take into consideration the investment needed to provide the service quality we imposed through our airport quality of service (QoS) framework. We cannot have airports all over the place, with some not profitable.”

It is worth noting that MAHB had in August revealed that only four of its 39 airports were profitable and cross-subsidising the rest.

Since the implementation of the QoS framework at KLIA and klia2 in September, Nungsari says MAHB has met all the four metrics introduced thus far. They are passenger comfort and facilities, queuing times, passenger and baggage flow, and operator and staff facility. “Next year, we plan to roll out more metrics and include more airports such as Langkawi, Kota Kinabalu and Subang.”

“The government should have a clear position, whether it is interested in bearing future capital expenditure for the airports or it wants the private sector to do it. The investors would probably also want a free hand in managing the airports they have invested in.

“Thus, in order to get new investors to come in, the government needs to be clear about the rules of the game.”

Nevertheless, Mavcom is of the view that instead of building new airports, MAHB should look at optimising capacity of its existing assets.

A battle over perception

This year has not been easy for Mavcom. Calls to shut down the commission were made after the Pakatan Harapan government took over in May.

It was also criticised by AirAsia Group CEO Tan Sri Tony Fernandes for trying to “micro-manage the industry” after Mavcom rejected the airline’s application to increase frequencies for two routes due to overcapacity concerns. Fernandes also called for the responsibilities of the regulatory body to be returned to the Ministry of Transport.

Nungsari, who assumed his current position on July 20, had replaced Gen (R) Tan Sri Abdullah Ahmad, who left the commission in early July amid controversy over his high pay package.

“For example, with the introduction of the Malaysian Aviation Consumer Protection Code 2016 (MACPC), which clearly outlines the consumer rights of an air traveller in Malaysia, travellers are now empowered to only pay for services they opt for, unlike before.

“Next year, we plan to strengthen those rights further through a revision of the MACPC. Our aim is to ensure that consumers are not short-changed in terms of the fees charged by airlines. These include the refund processing fee for the PSC, no fee for the use of wheelchairs for OKU card holders and the requirement for airlines to include any processing fee into the fare.”

He also refutes the notion that Mavcom’s existence is hindering economic activities in the aviation industry.

“For the 2018 period up to Nov 30, 195 air traffic rights have been awarded, with AirAsia Group getting the highest number at 118. Malindo Air was allocated 51 air traffic rights, Malaysia Airlines, 20, and Firefly, two,” says Nungsari.

“The average approval rate for air traffic rights is 95.1%. During the period, 56 air traffic rights were returned as the licence holders had chosen not to utilise them within six months of the date of issuance. The commission rejected only seven applications.

“Hence, the notion that we do not support the industry or that we impede competition is clearly false.”