Local and foreign passengers are only allowed to be at the departure gate areas of the Kuala Lumpur International Airport (KLIA) and klia2 for a period of 72 hours.

Beyond that, authorities can take action against them. 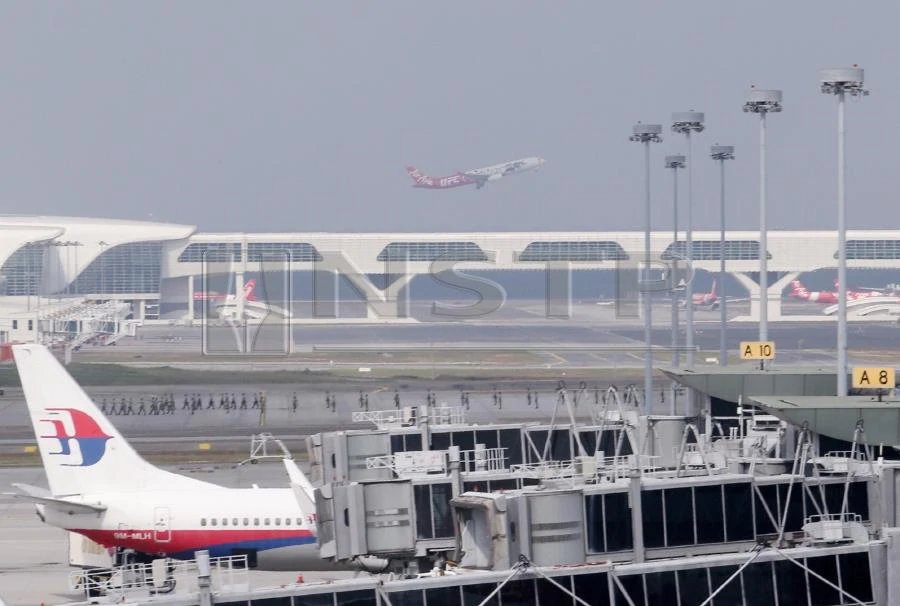 Local and foreign passengers are only allowed to be at the departure gate areas of the Kuala Lumpur International Airport (KLIA) and klia2 for a period of 72 hours. (NSTP Archive)

KLIA police chief Assistant Commissioner Zulkifli Adamshah said the Immigration Department had been authorised to act on those who ignored the directive.

The directive, he added, was one of the proposals tabled by Malaysia Airports Holdings Bhd (MAHB) duing a special meeting held by the National Security Council following the arrest of Syrian Hassan al Kontar, 36, who had been at the klia2 international zone for seven months.

“The meeting was held to study the said case and there was a proposal to impose a limit on how long passengers can linger in the airport terminal, which received the support from other agencies.

“Perhaps, it (the proposal) will soon be announced by the Transport Ministry,” he told reporters after an anniversary parade to commemorate the first anniversary of the inception of the KLIA police district headquarters today.

Commenting on Hassan’s situation, Zulkifli said while police took action, minor issues cropped up such as whether or not the case should fall under the purview of the Immigration Department.

“Actually, the international zone where the passenger (Hassan) has been staying does not give him any immunity and action can be taken against him as he is already in Malaysia.

“Police can take action against all matters related to the country’s security. Thus, we arrested the said stranded passenger and his case is now being investigated under the Immigration Act.

“The case is being handled by the Immigration Department. It is up to the department to deport or take other action against the said passenger,” he said.

Zulkifli also cautioned passengers not to utter words deemed as a threat such as “bomb” or “terrorist” even in a joking manner at airports especially during security checks.

“We did have passengers who jokingly informed that their bags contained bomb when asked by the authorities. When such a thing happens, the authorities will ask again and action will be taken against them when they repeat the same answer.

“Action is taken because when threatening words are uttered at sensitive areas, it can be deemed as a threat to the country’s security. Five per cent out of 110 criminal cases this year involved criminal intimidation committed in a joking manner.”