Millions of airline passengers in Malaysia can look forward to better services once the Airports Quality of Service framework is rolled out by airports in Malaysia in stages later this year. 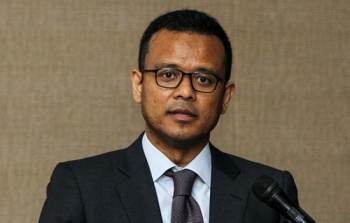 The framework will be implemented in the third quarter of 2018 starting with the Kuala Lumpur International Airport (KLIA) and klia2 and in other airports by late 2019.

He said the emphasis was on protecting the rights of consumers using airports so that they enjoy enhanced travel experience as contained in the Malaysian Aviation Consumer Protection Code (MACPC).

"Quite a lot of the content in the MACPC is devoted to the rights and benefits consumers must enjoy when travelling by air in Malaysia," he said in an interview recently.

Under the Airport Quality of Service framework, airport operators had to ensure consumers enjoy certain minimum levels of service at their facilities, he said in a statement containing excerpts of the interview.

To ensure compliance, Mavcom will be undertaking routine physical inspections and automated measurement mechanisms such as for lifts, walkalators, queueing times, baggage handling and compensation for flight delays.

Azmir said air travel journey does not merely involve sitting in an aircraft and using the airline's service but entails a multitude of services at the airport.

"Airline passengers deserve a good level of service from the time he or she gets off his car at the curb at the airport right until the point of boarding the aircraft and taking the flight," he said.

This entails services at the check-in counter, queues at immigration lines and customs checks, washrooms, flight information displays as well as security services.

He said Mavcom's focus this year would be devoted to ensuring good levels of service at Malaysian airports.

To this end, airport operators would need to achieve some 20 key performance indicators and targets in areas such as cleanliness of washrooms, clarity of signages, functioning walkalators, lifts and aerobridges and efficient security queues.

"If airport operators fall short of meeting service level targets, a very hefty financial penalty of five per cent of the airport operators' aeronautical revenue will be imposed on them," he said.

"We want airport operators to take airport service levels very seriously so that travellers enjoy a comfortable and seamless journey."

Mavcom wants to ensure that everyone involved in the delivery of consumer experience at the airports continue to be focused on their core product, which is the maintenance of services at airports, said Azmir.

He said the framework was drawn out after consultations with industry stakeholders including airlines, airport operators, ground handlers and consumers.

Elaborating on how the framework came about, he said when Mavcom was established in March 2016, it took stock of the multitude of items that it could potentially embark on and with its finite resources.

Thereafter, it decided to prioritise putting in place or strengthening some basics related to consumer protection, licensing and air traffic rights allocation process, among others.

"We want to start off developing a more internationally recognised approach to setting airport charges whereby our priority took into account benefits to consumers and the industry as a whole," said Azmir.

He said the vast number of aviation regulators globally focused on charges when it comes to economic regulation of airports, but Mavcom had extended its airport regulation activities to include the development of the Airports Quality of Service framework.

The framework was first announced in October 2016 and was conceptualised soon after Mavcom was established.

"Like in many other airports, the development and implementation of such a framework is a multi-year effort and will be especially so for a 42-commercial airports network such as in Malaysia," he said.

"Some quarters might clamour for things to be done faster, but Mavcom is committed to doing things right," he added.

He said the Malaysian aviation industry has been in existence for many decades now, which was why Mavcom felt it was better to introduce new initiatives in a way they would be effective for the long term. — Bernama