Malaysia and Singapore should be given space to sit down and discuss on pending disputes between the two nations next month.

Transport Minister Anthony Loke said all quarters should cease commenting and prolonging the issues at hand until leaders of the two countries had met. 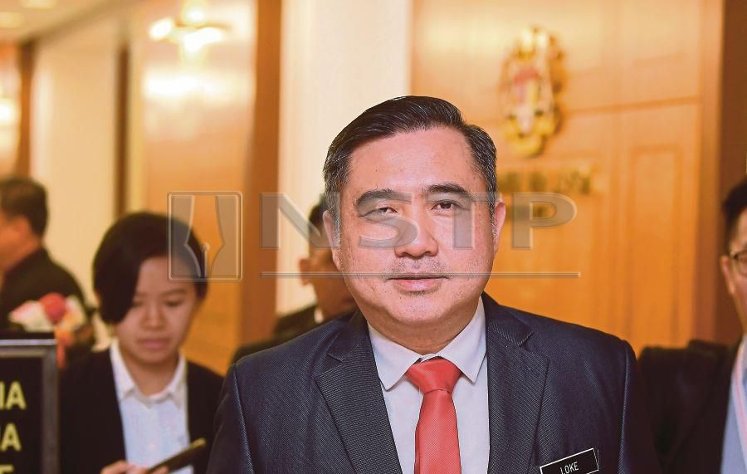 “I think it is enough (of comments) regarding the issue. Let the two parties sit down and discuss the matter. Both sides have agreed to meet in mid-January. I don’t want to comment further on it,” he told reporters after the launch of “Happy Guests, Caring Hosts” Service Culture and “Senior Citizen & Family-Friendly” facilities at the Kuala Lumpur International Airport 2 (klia2) today.

It was reported that Malaysia has issued a protest note to Singapore on the publication of the Instrument landing System (ILS) procedure for Seletar Airport.

Loke said Malaysia had clearly made its stand on the ILS issue and even produced a video on it that was posted on the minister’s Facebook account.

“I think it is very clear. Any technical consideration, let the experts resolve it,” he added.

“I want both sides to sit down and resolve it. We will become the middleman and hope for harmonious outcome,” he said.

MAHB was reported to have sent legal letters to AirAsia and AAX demanding both airlines remit outstanding airport taxes or passenger service charges (PSCs) for international departures from July 1 onwards.

Departing passengers pay the PSC and it is collected by the airlines upon purchase of tickets, which is later passed on to MAHB upon completion of the flight.

Despite the PSC being set at RM73 per passenger beginning Jan 1 this year, both airlines have only been collecting RM50 per passenger and MAHB wanted the said airlines to pay up the RM23 difference per passenger from July onwards.

Loke also stressed on the need to always give the best services and facilities when an airport is being expanded.

“I believe it is important to equip our airports with facilities that are senior citizen and family friendly such as providing buggy service, strollers and wheelchairs,” he said, adding the launch of the “Happy Guests, Caring Hosts” Service Culture and “Senior Citizen & Family-Friendly” facilities was timely with heavy foot traffic recorded for the year end holiday with about 100,000 passengers daily.

He said the buggy service would be provided every 10 minutes with 15 buggies to be operated at eight stations and six pick-up spots.