Deputy Transport Minister Ab Aziz Kaprawi says the upgrading is expected to be completed within the next five years. 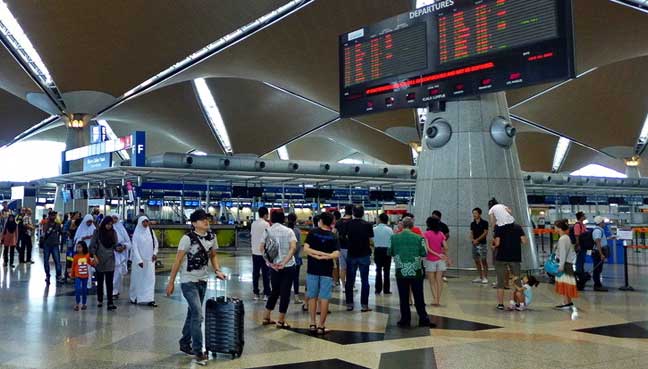 Malaysia Airports says KLIA is losing its position as one of the top airports because of the frequent disruption to its aerotrain service and baggage handling system.

Malaysia Airports Holdings Bhd (MAHB) is working on upgrading the Kuala Lumpur International Airport (KLIA) and klia2 to address problems in the baggage handling system at these airports, the Dewan Negara was told today.

Deputy Transport Minister Ab Aziz Kaprawi said the upgrading plan, expected to be completed within the next five years, would also involve using the latest technology for the aerotrain service.

“MAHB believes the key factors causing KLIA to steadily lose its position as one of the top airports was due to frequent disruption of its aerotrain services and baggage handling system.

“The facility is quite old, KLIA is 20 years old and so is the aerotrain. MAHB is taking steps to upgrade and modify as well as optimise existing terminal buildings to increase efficiency and passenger satisfaction,” he said.

He was replying to a question by Senator Hanafi Mamat on factors that have led to KLIA’s drop in international rankings year by year on the list of the world’s international airports.

He said an application was being made to the Immigration Department for permission to use the services of foreign workers to address the shortage of workers at KLIA.

This was because local people were not keen on doing certain jobs at the airport.

“The Immigration Department set a condition of 80% locals and 20% foreign workers. We have a shortage of workers because locals shy away from ‘3D’ jobs, or jobs considered dirty, difficult and dangerous,” he said.