Malaysia Airports Holdings Bhd`s (MAHB) record profits, which the group claimed to be attributed to an increase in passenger service charge (PSC) and growth in passenger numbers, come at a cost to the Malaysian economy and tourism industry, said AirAsia Group. 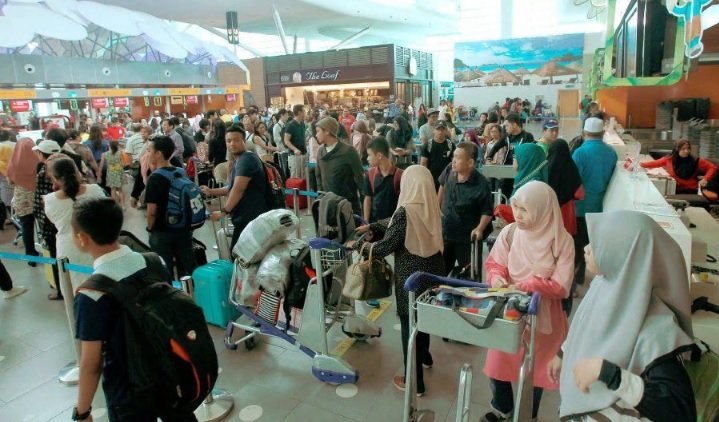 Malaysia Airports Holdings Bhd (MAHB) had, according to AirAsia, owed its vastly improved performance to its structural dominance and described the airport operator as a structural monopoly.

MAHB had, according to AirAsia, owed its vastly improved performance to its structural dominance and described the airport operator as a structural monopoly.

AirAsia said unjustified price increases, such as the PSC hike imposed by MAHB, would lead to unintended consequences when its clients, who have no choice but to use its services, were eventually squeezed out of business.

“Then, everything will collapse ? Malaysia`s tourism arrivals, billions in tourism receipts and revenues to MAHB`s own coffers (a fact it has failed to acknowledge).

“MAHB rewards itself with excessive monopoly profits, yet it provides the Malaysian public with embarrassingly low service levels,” it said in a statement today.

AirAsia X Malaysia chief executive officer (CEO) Benyamin Ismail said in addition to the RM50 PSC it had imposed, MAHB was demanding an additional RM23 from each passenger travelling through klia2.

“The millions of passengers departing from klia2, more than 90 per cent of whom fly with AirAsia, will attest to the long walks they have had to endure to reach their gates in what is a passenger-unfriendly airport with inferior facilities yet unjustified high charges.

“Furthermore, since klia2 opened, there have been constant flight disruptions and cancellations due to major apron and runway defects, unscheduled closure of runways, ponding of water on the best of days and fuel pipeline ruptures.

“We were sued after we refused to collect the extra RM23 that MAHB has imposed for the sole benefit of its shareholders. We will vigorously fight this suit. We will not be part of this scheme to burden the travelling public by making them pay more for below par services,” he said.

Benyamin said while the operating results of klia2 itself were not immediately apparent, AirAsia estimated that MAHB`s returns on capital were well in excess of the level of the cost of capital set by regulators.

AirAsia Malaysia CEO Riad Asmat claimed that the overall tourism sector, one of Malaysia`s biggest revenue earners, and the interests of millions of Malaysians who have been able to fly because of the low fares pioneered by AirAsia, were being threatened by MAHB`s price hikes.

“We urge the regulators and policy makers to rebuff this unfair and unreasonable attempt by MAHB to use its monopoly to enrich itself further by revisiting and rescinding the decision to raise the PSC.

“MAHB has argued it needs more profits to operate smaller loss-making airports on behalf of the government, but it is obvious from its exponential growth in profits over the last three years – even after taking into account losses in its Turkish operations – that this is not the case,” he said.

Riad also referred to MAHB`s defence of its decision to charge the extra RM23 in PSC from each travelling passenger, saying it was “bound by Article 15 of the Chicago Convention of 1944.”