IN case you haven’t noticed, the feud between Malaysia Airports Holdings Bhd (MAHB) and its biggest tenant, AirAsia Bhd, continued into 2017 as the first of two rounds of revisions to equalise the passenger service charge (PSC) across the Kuala Lumpur International Airport (KLIA), klia2 and all other airports in Malaysia took place on Jan 1, and once again raised the ire of the largest low-cost carrier in Asia.

As the year comes to a close, it would seem that MAHB was the victor as the Malaysian Aviation Commission (Mavcom) agreed that the PSC should be standardised across all airports.

And it looks like the airport operator will get to hold on to cup as the final round of increase is set to happen on Jan 1, 2018, which will see international passengers flying out of klia2 paying the same PSC as those departing from KLIA and all other airports in the country. The rates for international departures beyond Southeast Asian countries for flights originating in klia2 will be increased to RM73 per passenger from RM50 now.

This will end nearly a decade of a privilege enjoyed by AirAsia when it was operating out of the old low-cost carrier terminal in Sepang — passengers flying out of it paid less than half the PSC at other airports, much to the chagrin of the full-service airlines.

But AirAsia group chief executive Tan Sri Tony Fernandes is not taking the defeat lying down, having made known his unhappiness at the PSC revision. He argued that the hike did not commensurate with services provided by klia2 since the terminal opened in May 2014.

On its part, MAHB has deflected AirAsia’s anger against it onto the government, specifically Mavcom, saying that the latter is responsible for determining the PSC.

So far, it seems to be working based on Fernandes’ recent remarks posted on Twitter. On Sept 13, he slammed Mavcom for equalising the PSC, asking the commission to justify it and pointing to klia2’s lack of an aerotrain service and its sub-par passenger comfort compared with KLIA’s.

As the aviation industry moves into the new year, it appears that tensions between MAHB and AirAsia are far from over based on recent events, with Mavcom thrown into the ring. While things are going MAHB’s way, the airport operator will have to ensure that the service standards at the airports it manages here are up to par as Mavcom implements the Airports Quality of Service framework from the third quarter of 2018. 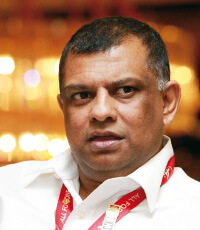 Known for his outspokenness, Fernandes continued to grab the headlines this year with his forthright remarks, both online and in public, against such issues as the Mavcom’s plan to equalise the PSC across airports in the country and analysts’ valuation of AirAsia’s stock.

In one of his tweets this year on the equalisation move, the 53-year-old, a prolific user of social media, said Malaysia needs two types of airports to give travellers who can’t afford the luxury of flying the full-service airlines to fly low-cost. Comparing airports with cars and hotels, as the latter two have low-cost iterations, Fernandes said giving passengers the option to fly with an LCC through a low-cost airport should always be in policymakers’ minds when developing an airport.

“We are a leader in the LCC industry. We have beaten our Singaporean (counterparts) handsomely. So, allow it to grow. Malaysia Airports Holdings Bhd should think Blue Ocean, think differently,” he said.

Rumours were also rife about Fernandes’ possible retirement, which he dismissed as “laughable”. At the same time, he announced the reshuffle of AirAsia’s top management line-up, which saw Aireen Omar being transferred to oversee the group’s digitalisation transformation and Riad Asmat being welcomed as the airline’s new chief for Malaysia.

The maverick entrepreneur also voiced dissatisfaction with analysts’ valuation of AirAsia’s stock, arguing that the airline was worth more than twice its current share price of RM3.30. “There is no airline that has as much growth as AirAsia with a huge digital strategy that has assets worth more than our present market capitalisation,” he said. 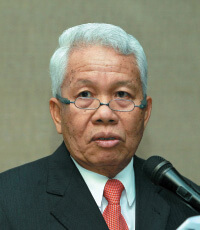 Abdullah is the first executive chairman of the one-year-old Mavcom. Set up to regulate the commercial and economic matters of the aviation industry as well as to safeguard passengers’ interests, Mavcom’s major announcement for the year was the standardisation of the PSC at KLIA, klia2 and all other airports in the country.

In the face of recent backlash from certain quarters, especially klia2’s largest tenant AirAsia, against the move, Abdullah explained that the government would have to fork out RM60 million in subsidies if the PSC for long-haul international flights between the two gateway terminals was not equalised.

The commission had never agreed with AirAsia’s RM3 per passenger klia2 charge, he said, adding that it was unethical for the airline to collect fees, using other people’s name.

While AirAsia has been saying that passengers would be affected by the higher, standardised PSC, Abdullah, who served as chief of the Royal Malaysian Air Force in 2003 and 2004, said the airline was just looking out for itself while Mavcom was protecting passengers’ interests. 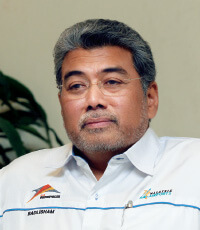 MAHB’s boss is known for his calm and collected nature. The former IT man, who headed Malaysian Digital Economy Corp (then known as Multimedia Development Corp) prior to taking up the top post at the country’s largest airport operator in June 2014, is the exact opposite of AirAsia chief Tan Sri Tony Fernandes in many ways — from the way he speaks to his views on the PSC.

As an airport operator, MAHB feels that passengers flying through KLIA and klia2 in Sepang, which are located next to each other and share the same three runways, should not pay a different PSC when using the terminals. Indeed, it stated in October 2016 that the company did not expect material financial benefits from the PSC hike. Rather, the extra funds would be channelled into maintaining and upgrading the services and facilities at all airports under MAHB’s purview.

While Badlisham, 54, has been championing a standardised PSC at all airports, the standard of service at the country’s main gateway continued to be questionable. In September this year, the KLIA aerotrain service that connects the main terminal building to the satellite terminal reportedly encountered mechanical problems while transporting passengers between the two.

Besides KLIA and klia2, the Istanbul Sabiha Gokcen International Airport is one of MAHB’s main airports, and according to a Bloomberg report in May, the airport operator was planning to sell a minority stake in it. Badlisham did not deny the report but he reiterated that MAHB would continue to operate the airport in Istanbul regardless of its stake in the company.