MAHB acting group chief executive officer Raja Azmi Raja Nazuddin said the celebration aimed to appreciate passengers and recognise the airport staff who have played a role in contributing to the success of KLIA as a global aviation hub. 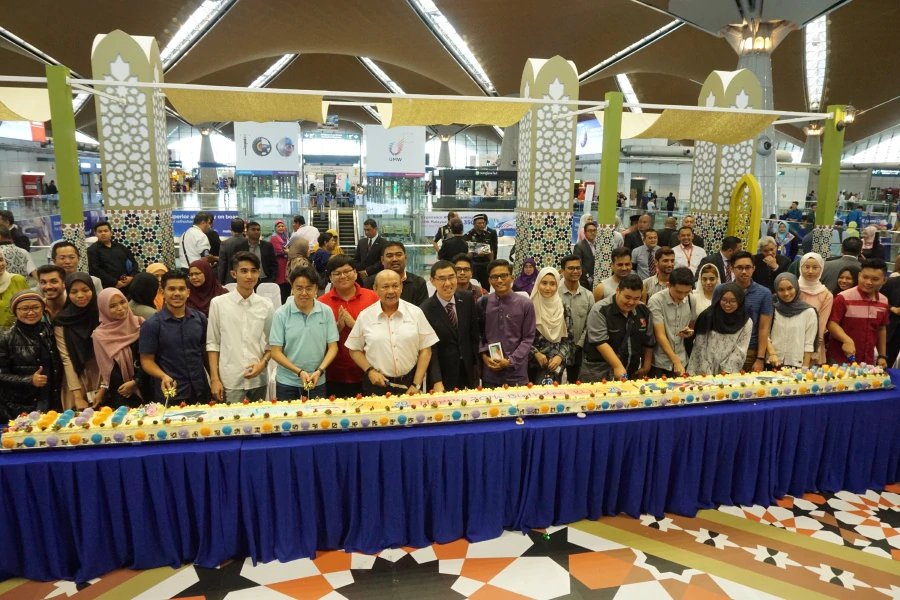 “Apart from the celebration, we had also recognised service excellence by awarding 17 people across all our airports nationwide with the Customer Affairs & Resolution Excellence awards presentation,” he said during the 20th KLIA celebration here, today.

Themed ‘Joyful Malaysian Experience,’ the celebration also aimed at acknowledging the passion and dedication shown by the various airport staff.

Since its operation on June 30, 1998, KLIA had served 13 million passengers with 38 airlines operated in the first year.

He said the list of airline partners also grew over the years, contributing to the additional local and international routes and flight frequencies.

Raja Azmi said KLIA is currently embarking on its latest initiative to embrace Airports 4.0, an industry standard for a digital transformation, emphasising on connectivity and real time information reporting.

MAHB has also launched the MYairportsapp, a mobile app as part of its achievement in its 20th years of operations.

Raja Azmi said the app would assist passengers in planning their journey from home to the airport efficiently through live updates on flight information, queue time at the checkpoints, and the various retail and dining promotions available.

With the launching of its second terminal, klia2, the airport operator recorded a 11.2 percent growth, representing 58.6 million passengers in 2017.

Currently, KLIA has more than 60 airlines operating at the main terminal, making the airport a preferred global aviation hub.

Raja Azmi said KLIA has been continuously experiencing remarkable growth in passenger movements and significant expansion of local and international routes through various enhancements initiatives of the airport’s facilities and services.

KLIA is now the world’s 12th busiest airport for international passengers and among the top 23 airports in the world for the Airport Service Quality 2017 in the more than 40 million passengers per annum category.