Mr. Hairul Maharis has been appointed as General Manager of the Mövenpick Hotel & Convention Centre KLIA, a new property which which is scheduled to open mid-2018.

Hairul has worked with some of the industry's most dyanmic brands over the course of his 25-year career, including Le Méridien, Sheraton, and Best Western. He also has a strong background in the management of airport hotels, having previously overseen the Tune Hotel klia2 and, most recently, ISG Airport Hotel in Istanbul. 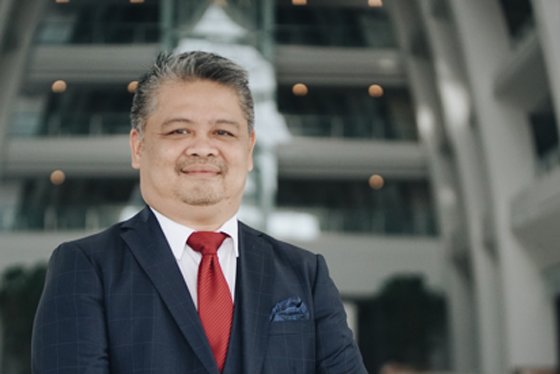 Having graduated from the University of Derby in the UK, Hairul returned to his native Malaysia in 1994 to start a career in hospitality. He worked for several major hotel chains before being appointed Director of Sales at Le Méridien Kuala Lumpur in 2004 and achieved his first General Manager role with Suria Resorts Management in 2006.

Hairul later oversaw the opening of the Best Western Premier hotel in Ipoh, before becoming GM of the Tune Hotel at klia2. In 2015, he was appointed by Malaysian Airport Holdings Berhad (MAHB) to manage its hotel at Istanbul's Sabiha Gokcen International Airport, known as ISG Airport Hotel.

“I am certain his abundant talent, extensive experience and vibrant personality will make a difference for guests and team members at Mövenpick Hotel & Convention Centre KLIA."

"I am delighted to take on the role of General Manager at Mövenpick Hotel & Convention Centre KLIA, which is a significant new hotel for Malaysia," said Hairul.

"With its unique location and world-class amenities, the hotel is a natural venue for major events and also offers a convenient base for business travellers visiting Kuala Lumpur. We look forward to welcoming our first guests and event delegates in the coming months."