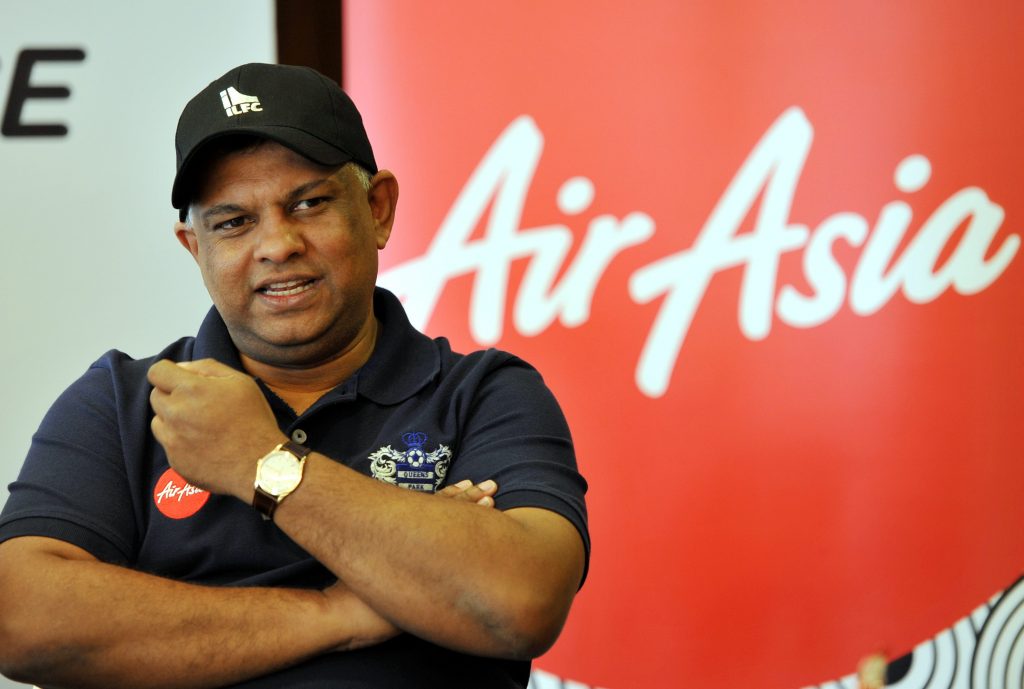 AIRASIA Bhd’s proposed low-cost carrier terminal (LCCT) in Sarawak should have a handling capacity of at least five million passengers per year — similar to that of Kuching International Airport (KIA), said an industry expert.

The multimillion ringgit airport project is expected to boost air passenger traffic into Sarawak, with the budget carrier alone carrying three million passengers in and out of the state last year.

“I would think what AirAsia carries to KIA right now has to be twice the size of that. That is the terminal capacity it has to start from,” Maybank Investment Bank Bhd aviation analyst Mohshin Aziz told The Malaysian Reserve.

Last month, AirAsia group CEO Tan Sri Dr Tony Fernandes (picture) announced that the company was in negotiations with the Sarawak state government to construct an LCCT in Kuching, estimated to cost between RM200 million and RM300 million.

Fernandes said plans to have the LCCT is in line with the state’s needs to expand its existing airport capacity and the low-cost airline’s interest to turn Kuching into its regional hub.

KIA, the country’s fourthbusiest airport based on passengers handled, is close to reaching its full capacity.

The latest available data by the Malaysian Aviation Commission showed that KIA had a utilisation rate of 98.4% of its five-million-passenger terminal capacity, and is expected to cross the marker by 2020.

Meanwhile, Kuching is one of the bigger domestic markets for AirAsia, with the carrier currently operating 23 routes from Sarawak cities and towns to other destinations in Malaysia and abroad.

In 2017, AirAsia launched several maiden routes from Sarawak to Singapore, Langkawi and Shenzhen — the first flight from the Borneo state to a city in China. Meanwhile, flights from Kuching to Bangkok and other parts of Thailand are said to be in the pipeline.

Mohshin said the development of the new terminal in Kuching is a positive investment for AirAsia as previous LCCT operations in the country have proven to be cost-efficient.

“In those terminals, the operations were pretty effective whereby the actual costs of running the terminal were low, but yet, it was able to cater to a high number of passengers and aircraft. I’m not of the view that this investment is a bad thing. If all aspects of the LCCT is based on commercial terms, then I don’t see any reason it will be bad,” Mohshin said.

The popularity of budget carriers over the last decade had prompted the closure of the Kuala Lumpur LCCT in 2014.

However, the number of budget-carrier passenger traffic quickly rose to 22 million people per year, which led to the construction of the Kuala Lumpur International Airport 2 (klia2) to replace the LCCT. klia2 has a capacity to manage 40 million passengers per year.

Mohshin said the LCCT could be built on a modular concept as it is cheap and fast.

“My guess is, it is just going to be a single floor, simple building and at worst, probably two-storeys. I also think it will be a modular concept — meaning, if they want to expand, they can go longer or further,” he said.

Additionally, Mohshin said a lot of the amenities such as the aerobridge will not be there.

“That bridge itself costs RM87 per use, so they might want to avoid it. The airport apron will also have to be bigger if the aerobridge is used, and that would just add to the overall costs.

“So, I think it will be very simple, where more aircraft can park per sq m per apron,” he said.