Fernandes said while the implementation mechanism of Airport REIT — proposed by the government in Budget 2019 — has not been finalised, AirAsia hopes it will attract more private sector players to participate in running the country’s airports. 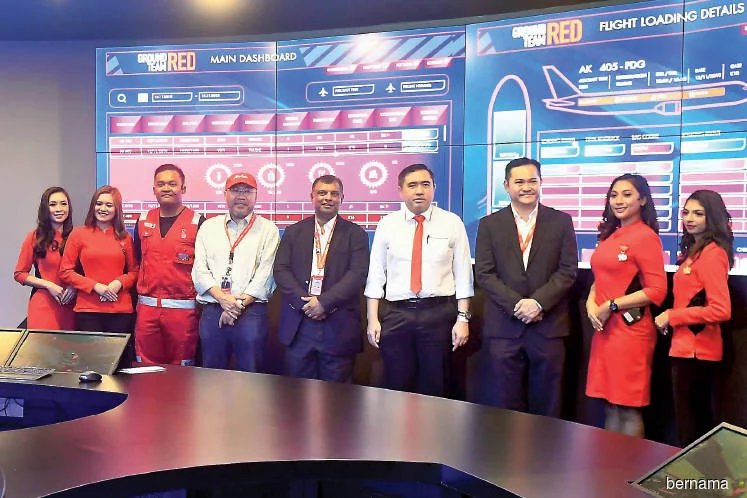 AirAsia will not take part in Airport REIT

“We don’t know the full mechanism [of Airport REIT], and AirAsia as an airline, we want to just focus on the airline business,” he told a press conference after the launch of Malaysia’s first digital airport control centre by Ground Team Red Sdn Bhd (GTR) at klia2 yesterday.

“We would like to see full privatisation. So new players will come in, introduce different ways of running an airport.

“It is not our job to build airports. We don’t want to lose focus; our job is to move people from A to B, at the cheapest price and in comfort. That is our goal,” he added.

Meanwhile, on Malaysian Aviation Commission’s (Mavcom) intention to introduce a second series of Malaysian Aviation Consumer Protection Code (MACPC), which will prohibit AirAsia from collecting the RM3 charge from passengers departing from klia2, Fernandes said the group will work with the commission to resolve the matter.

“We want lower airfares, and Mavcom has to understand also that they have to work with us to help us lower our costs. Over the last 16 years, all that we are doing is finding ways to cut costs, allow more people to fly,” he said.

Fernandes also said the operation cost at klia2 is “substantially higher” than that at the low-cost carrier terminal (LCCT) in Sepang, where AirAsia was previously based at.

“So it is not about us putting RM3, it is about us putting a point that it is much more expensive operating at klia2 than it was at LCCT. We truly hope that we can have a low-cost facility and work with Malaysia Airports Holdings Bhd (MAHB) to reduce our costs,” he said.

“If we want to make money, we could have just raised the fares. Oil price was just US$40 (RM167.60) before, and it has now gone up to about US$80, and our fares are still about the same, because we want to create demand. People cannot afford higher airfares, we cannot raise the fares,” he added.

MAHB is still giving AirAsia the privilege to charge a lower passenger service charge (PSC) of RM50 currently for passengers flying out of klia2 to international destinations beyond Asean, compared with the ceiling price of RM73 fixed by Mavcom to standardise the airport tax with Kuala Lumpur International Airport (KLIA).

In a series of posts on his Twitter account yesterday, Fernandes said the PSC should continue to be kept low, while MAHB should attract more travellers to make KLIA an aviation hub.

“I remind Malaysia Airports [Holdings Bhd] and Mavcom that AirAsia has the lowest fares in the world, and that is how we have grown from two planes to 250 planes. So that is why airport tax should be kept low and you should look for volume and help us build a big hub,” he said.

“The differences in services between KLIA and klia2 require airport tax to be different. It is very clear that KLIA is a very superior terminal. My guests have no train to take them to the satellite terminal, they have to walk — one of the many differences,” he added.

Transport Minister Anthony Loke, who was present at yesterday’s press conference, said that while the proceeds of the PSC are shared between MAHB and the government, the departure levy will go into Putrajaya’s coffers entirely.

“As to why we need it, I think the answer is obvious, because the government needs extra revenue. We estimate we could collect a few hundred million every year, based on the [number of] passengers that fly out of the country. We have yet to finalise the collection mechanism, whether [in the form of an] add-on to the PSC or [to be collected] at immigration,” he said.

Loke also said he will play his part in facilitating engagements among stakeholders to grow the civil aviation industry.

“We are not looking at the situation where each stakeholder would confront one another. What we think is important is that everyone must come together and look at the larger picture,” he said.

“In terms of hidden charges, Mavcom will have a regulation on that,” he said, adding that the regulation will be transparent and introduced after discussions with the stakeholders.