Transport Minister Loke Siew Fook may want to “de-escalate” tensions between low-cost carrier AirAsia and Malaysia Airports Holdings Bhd (MAHB) but if social media is anything to go by, this is unlikely to happen anytime soon.

Over the years, there has been no love lost between the two aviation entities, but the most recent spat over passenger service charges (PSCs) has led to MAHB suing AirAsia and its long-haul subsidiary, AirAsia X Bhd, for RM36.11 million in outstanding airport taxes. 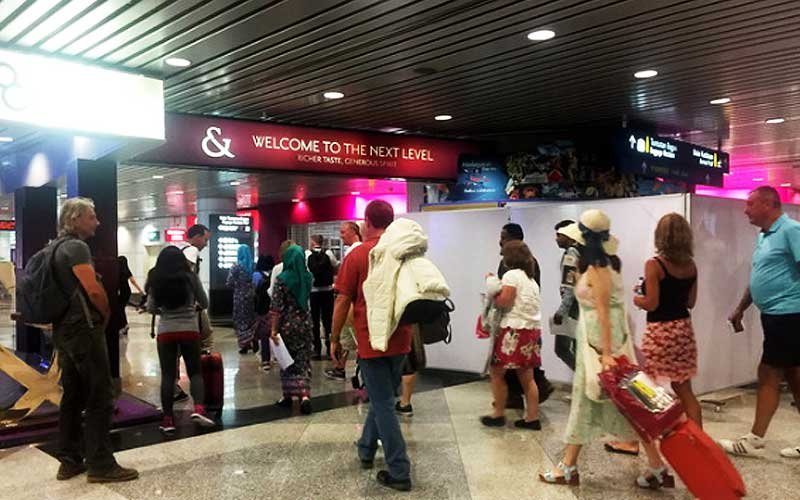 AirAsia maintains that the level of service and facilities at klia2 is not commensurate with the passenger service charge imposed. (Bernama pic)

The PSC for international flights outside of Asean gazetted by the government is RM73, but AirAsia has only been collecting RM50.

It defended its move by saying the RM73 figure did not reflect the level of service and facilities at the various airports in the country. MAHB collects the PSC, but the amount is set by the Malaysian Aviation Commission (Mavcom).

The Board of Airline Representatives Malaysia, the body which represents most airlines in the country, has cried foul over the matter, saying the unequal collections has led to an uneven playing field.

Last week, Loke said the government would mediate in the quarrel between AirAsia and MAHB, but this did not see an end to the fight, which has been ramped up on social media through the #fairporttax hashtag.

The hashtag has been promoted on social media by AirAsia staff, including its head honcho Tony Fernandes. Other social media users have also posted tweets and pictures with it for comments on klia2.

The spat over the PSC is likely to continue, with AirAsia firm in its belief that the RM73 PSC is not commensurate with the level of service and facilities at klia2.

MAHB, on the other hand, has defended the airport, pointing to its 12th ranking in the 2017 Airports Council International’s Airport Service Quality (ASQ) survey despite being the cheapest airport in its category to operate from in the world.

The ASQ is one of the main airport rating programmes, the other being Skytrax’s World Airport Rating in which the Kuala Lumpur International Airport (which includes KLIA and klia2) is ranked 44th.

The ASQ survey gauges passenger satisfaction in various areas, such as access in terms of parking, availability of trollies, waiting times to check in, passport inspection, courtesy and helpfulness of security staff.

Also taken into account are the walking distances inside a terminal, shopping, food and beverage and washroom facilities, cleanliness and ambience, as well as the speed of baggage delivery service.

The Skytrax rating is also based on surveys of passengers, covering similar topics, as well as taxi availability and WiFi service, among others.

The Skytrax website allows passengers to share reviews of their experience in an airport as well. Among the most common complaints are long queues for check-in, the long distance for passengers to reach terminals and unfriendly immigration officers.

The ASQ and Skytrax ratings and reviews do not solely reflect issues with the airports but rather the airport community in total, including airlines, authorities and third-party services.

Some areas come under the airports operator such as accessibility, facilities, and walking distance in the terminal.

Waiting times at check-in queues and efficiency of check-in staff come under airlines, while passport or MyKad inspections and customs screening come under the authorities.

The goods and services offered in shops and restaurants come under third-party providers, as do third-party baggage handling services.

Mavcom publishes a report based on the complaints it receives from the public every six months.

In its latest report (January to June 2018), the top three complaints recorded were mishandled baggage, processing of refunds and flight delays, which made up more than 50% of the 858 complaints.