AirAsia chief says it is important for authority to also impose fines on airports, aside from airlines, when it comes to non-compliance on consumer issues.

AirAsia Group CEO Tony Fernandes has criticised the Malaysian Aviation Commission (Mavcom) for targeting only airlines over the issue of non-compliance in relation to passenger rights.

He was referring to a report in The Star yesterday, where Mavcom consumer affairs director Pushpalatha Subramaniam said the agency will introduce clearly-defined penalties against airlines that breach passenger rights, by the end of the year. 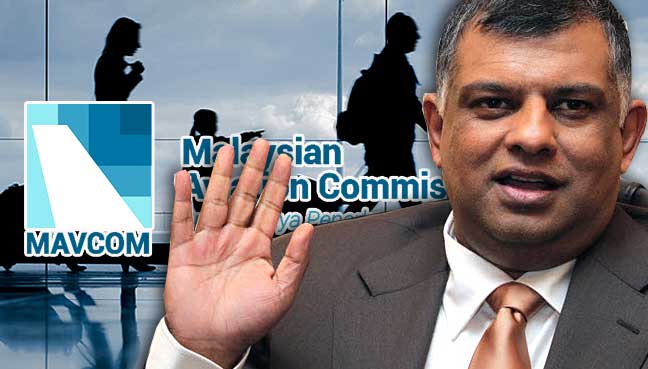 In a series of tweets today, Fernandes said it was wrong to just take action against airlines when airport services should also be looked into.

“More important that Mavcom also fines errant airports. I am full supporter of formation of Mavcom but had hoped it also looked at airports,” Fernandes said of Mavcom, which was formed in March last year as a regulatory body for the airline industry from a consumer viewpoint.

According to statistics provided by Mavcom, there have been 1,639 complaints made against airlines and airports since its formation, of which 95% were resolved.

Fernandes’ main bone of contention with the issue of passenger rights seemed to go back to when Mavcom announced new passenger service charges (PSC) effective Jan 1 this year, putting the PSC, which is seen as an airport tax, on par for KLIA and klia2 for passengers travelling to domestic and Asean destinations.

“No one is regulating airports properly. How can klia1 and klia2 be charged the same airport tax rates. Consumers are not treated fairly,” Fernandes wrote on his Twitter page.

His previous criticism of the new PSC rates was due to klia2 being especially built for low-cost carriers, such as AirAsia, so as to have passengers pay less for the “budget airport”, which replaced the previous low-cost carrier terminal (LCCT).

Fernandes was reported as saying that AirAsia should now be given rights to depart and land from KLIA since the passengers are charged the same airport tax.

By that token, he also called for the authorities to recognise airports as not just serving passengers but also the airlines who are using the facilities.

“Airlines have no SLA service level agreement with airports. Airlines are consumers of airports,” the AirAsia chief tweeted, expressing what is believed to be a long-term frustration he has had in dealing with Malaysia Airports Holdings Berhad (MAHB), the operator of all airports in the country.

In yesterday’s report, Mavcom announced that the maximum penalty that can be imposed on an airline is a RM200,000 fine if certain provisions in the Malaysian Aviation Consumer Protection Code 2016 (MACPC) are not complied with.

“Essentially, the penalty matrix is already part of the MACPC, which came into effect since July last year.

“But we are now looking to making it operational and will introduce it by this year,” Pushpalatha told The Star.

She gave examples of non-compliance by airlines as including cases when the airline fails to indicate the final price of air fares, or adding optional services by default to a customer’s purchase, or even when compensation is not provided to passengers whose baggage is lost, damaged or delayed.

According to Pushpalatha, Mavcom was drafting the penalties for various non-compliances based on previous data and its impact on consumers.

She said not all penalties require the maximum fine of RM200,000, and the proposed penalties would have to be approved by Mavcom commissioners before they are made public.

“We have also been engaging the airlines so that they are aware about our plans. Once the penalties are approved, all airlines flying in and out of Malaysia will have to comply with the provisions,” Pushpalatha was quoted as saying by the daily.

She added that the main reason for introducing penalties was to promote accountability in the airline industry.

“We ultimately want the industry to be self-regulated and provide good service to consumers. At the end of the day, it will benefit their customers and will be good for business,” she said, according to The Star.

The MACPC applies to all Malaysian and foreign airlines landing at Malaysian airports and was introduced to set minimum standards that ensure the rights of air passengers.

Among others, the code ensures that customers are entitled to meals, limited phone calls and Internet access for delays above two hours, or hotel accommodation and transport for delays above five hours.