Petaling Jaya Utara MP says ICAO policy states aircraft operators and passengers should not be charged for facilities and services they do not use. 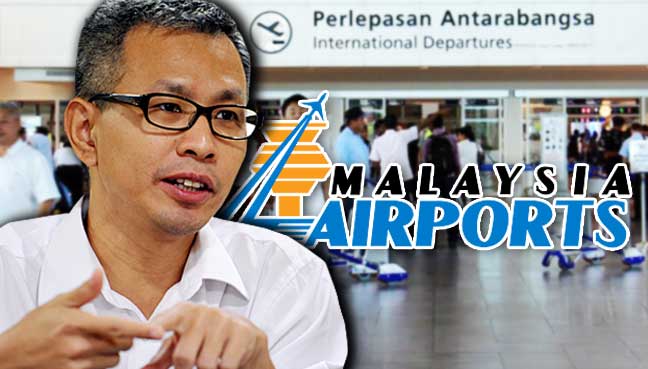 In a statement, he said MAHB had been quick to cite ICAO’s “principle of non-discriminatory pricing of passenger service charges” when responding to criticism against the equalisation of fees between KLIA and klia2.

This was after the Malaysian Aviation Commission (Mavcom) said the PSC for international flights, excluding Asean, operating at klia2 would be increased from RM50 to RM73 per passenger effective Jan 1.

Following a chorus of criticism, MAHB issued a statement saying Mavcom had “stated its position that the equalisation will facilitate an environment of fairer competition between airlines operating at these two terminals, as well as allow Malaysia to be better aligned to international guidelines, including with the ICAO principle of non-discriminatory pricing at airports”.

However, the DAP national publicity secretary said, MAHB was being selective in using the above non-discriminatory principle as an excuse to raise the PSC for klia2.

“If one were to refer to ICAO’s policies on charges for airports and air navigation service, MAHB conveniently forgets to mention that the same policy still allows for differential pricing systems.

“ICAO specifically says that ‘in general, aircraft operators and other airport users, including end-users, should not be charged for facilities and services they do not use’.

“Hence MAHB is clearly violating this guideline when it increases the PSC at klia2.”

Pua said the facilities and services provided at klia2 were vastly inferior to those of KLIA, as klia2 was never intended or built to be an extended “second permanent terminal for KLIA”.

klia2 was conceived as an international hub for low-cost carriers, and was built to cope with the growth of AirAsia as the region’s fastest growing low-cost airline, he added.

“Because of the massive cost overruns as a result of MAHB’s incompetence, as concluded by the parliamentary Public Accounts Committee (PAC), klia2 was relabelled as a ‘hybrid terminal’ in 2013. Even so, that relabelling still confirmed that after its opening in 2013, klia2 was unique and distinct from KLIA.

“Therefore the latest claim by MAHB that klia2 is merely a ‘second permanent terminal for KLIA’ to justify the hike in PSC is wholly untenable.”

Pua called on MAHB and Mavcom to retract the decision to hike the PSC charges at klia2 to equal that charged in KLIA.

If they insisted on hiking the fees at klia2, Pua said, they must prove “to the angry Malaysians out there” how klia2 was an equal to KLIA.

“If they fail to do so, then it cannot be clearer that the entire fee hike exercise is to make more profits for MAHB, particularly since MAHB has taken billions of ringgit of debt to fund its RM4 billion klia2 misadventure.”