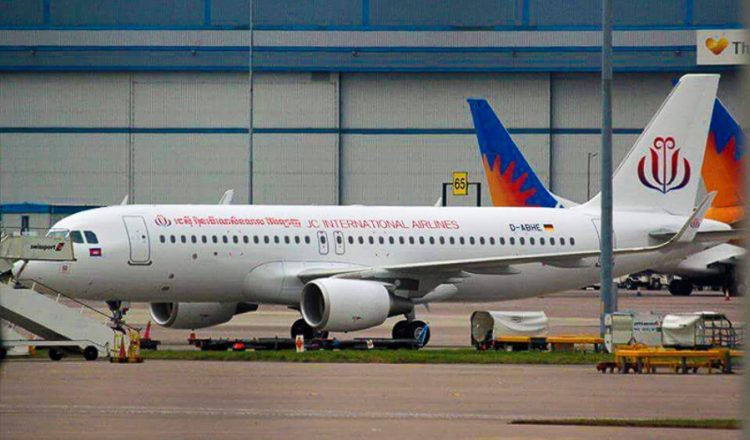 The airline will now fly twice a week to Kuala Lumpur using its new Airbus A320, which has been configured as an all-economy class with 180 seats.

“Malaysia Airports is delighted to welcome JC Cambodia to klia2. The inclusion of JC Cambodia into the KLIA family, specifically into klia2, will further promote KLIA’s status as a preferred hub in this region,” said Mr Zainol.

“In May 2017 alone, klia2 has recorded a total number of passenger movements of 2.5 million with a growth of 11.6 percent compared with the same period last year,” he added.

“I believe with the launching of this new route, travellers now will have an option to use klia2 via JC Cambodia as a connector from Kuala Lumpur to Phnom Penh.”

Mr Zainol said more travelers now would be attracted to visit both Kuala Lumpur and Phnom Penh to “further explore what these beautiful cities have to offer”.

“I am confident it will also enhance the image and reputation of JC Cambodia as a transportation conduit among air travelers in this region,” he added.

JC International Airlines was officially launched in Cambodia in late March, bringing the number of local airlines to five.

This month, the airline started daily flights to Bangkok in a bid to promote tourism between Cambodia and Thailand.

“Bangkok is a good destination and is close to Cambodia. It is one of the most popular places that Cambodians like to go for their shopping,” CEO Huang Dongyan said.

The airline has two Airbus A320s with daily flights between Phnom Penh and Siem Reap, and with Sihanoukville. Its other international destinations besides Kuala Lumpur and Bangkok are Taipei and Macau.

“Since Cambodia adopted an open skies policy in 2010, an increasing number of airlines are now choosing to operate in the country,” Mr Vandy said.

“This is good for Cambodia’s tourism sector and it also means there will be more competitive fares for air travellers.”