“That was an isolated incident. We do not know how it happened yet but we are always monitoring our security systems,” he said, adding that they are giving their full cooperation to the police who are investigating the case.

“We will also look at how we can increase security measures to ensure such an incident does not occur again,” he said during a press conference here after a briefing with the state Tourism, Culture and Environment Ministry here today. 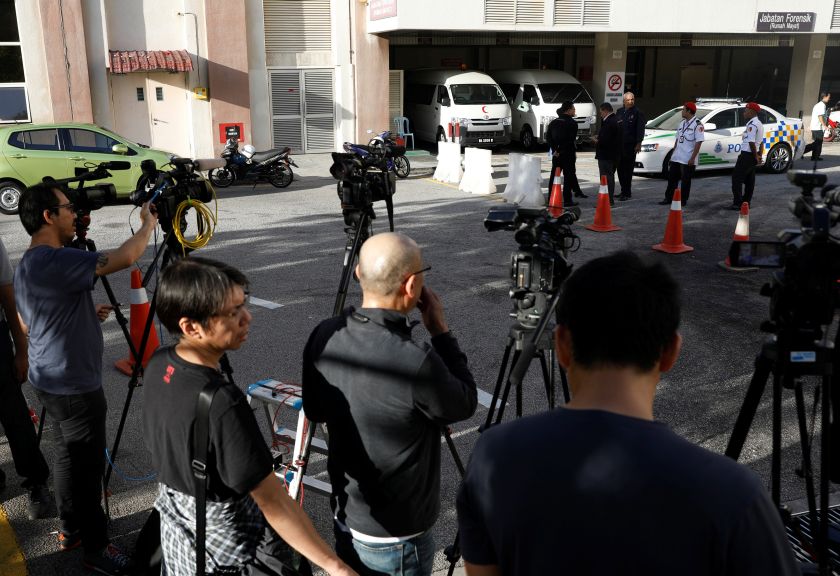 Cameramen stand outside the morgue at Putrajaya hospital on February 15, 2017. — Reuters pic

A North Korean man died en route to hospital yesterday after he was allegedly poisoned by the two female assassins at KLIA2.

The police are trying to verify whether the North Korean national, bearer of a passport identifying him as Kim Chol, was indeed Kim Jong-nam, the half-brother Kim Jong-un as reported by foreign media.

Inspector-General of Police Tan Sri Khalid Abu Bakar has confirmed that the police have arrested a woman holding a Vietnamese passport believed to be in surveillance footage in connection to the alleged assassination.

The woman, who was travelling under the name Doan Thi Huong, had returned to the airport in an attempt to catch a flight to Vietnam and was then arrested.