He may be the last person to have seen one of Kim Jong-nam's female assassins before she fled in a taxi at klia2.

But taxi usher Alang, who serves thousands of passengers at the busy airport, said he has no memory of meeting the femme fatale who is being called Ms Poison by the media.

But following the news break on Monday's brazen murder at the airport, the man who was caught on closed circuit-television camera punching her taxi coupon has been inundated with calls from relatives, friends and even the police.

"I'm under pressure. They ask me what I can tell them or what I can remember. But I don't remember anything.

"If you see how many people are here and I punch all their coupons, how can I remember them? It's not that I don't want to help," said the usher, who has only been working at KLIA2 for about three weeks. 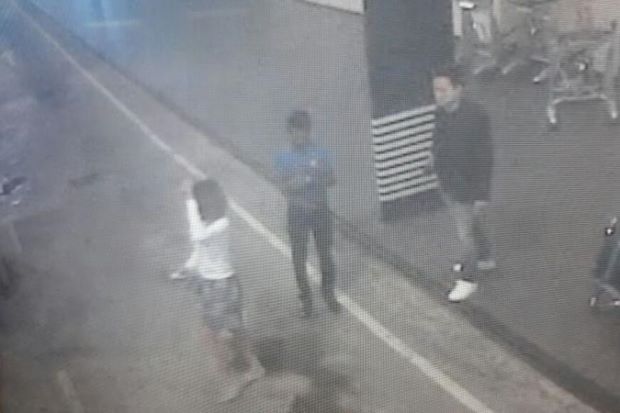 According to reports, Jong-nam, the half-brother of North Korean dictator Kim Jong-un, was attacked in the shopping concourse of the airport by two women who reportedly used a chemical spray to poison him.

At least one of them, a fair-skinned woman in a white top and blue denim skirt, was then seen getting into a taxi and being driven off.

Police are hunting for the two women.

At the airport Wednesday, Malaysian, South Korean and Japanese journalists swarmed the information counter on the third level departure gate, where Jong-nam reportedly collapsed after trying to seek help.

Store tenants near the counter claim they did not notice anything amiss during the 8am incident.

Directly behind the counter, a Visit Malacca tourism exhibition booth was gearing up for a dance performance about an hour after Jong-nam reportedly collapsed.

A tourism officer, who only gave his name as Ramlan, said he wouldn't have known that a man had been assassinated just a few feet from him if he had not read the news on Tuesday.

"On Monday, everything was normal. There were few people because it was early in the morning and no one seemed like they had just seen a man die.

"It was only around evening when I saw some police officers behind the counter, but I didn't think it was anything," he said.

Meanwhile, Malaysian Airport Holdings Bhd (MAHB) confirmed that "an incident" occurred at KLIA2 on Monday, but said it could not comment further as the matter is being investigated by police.