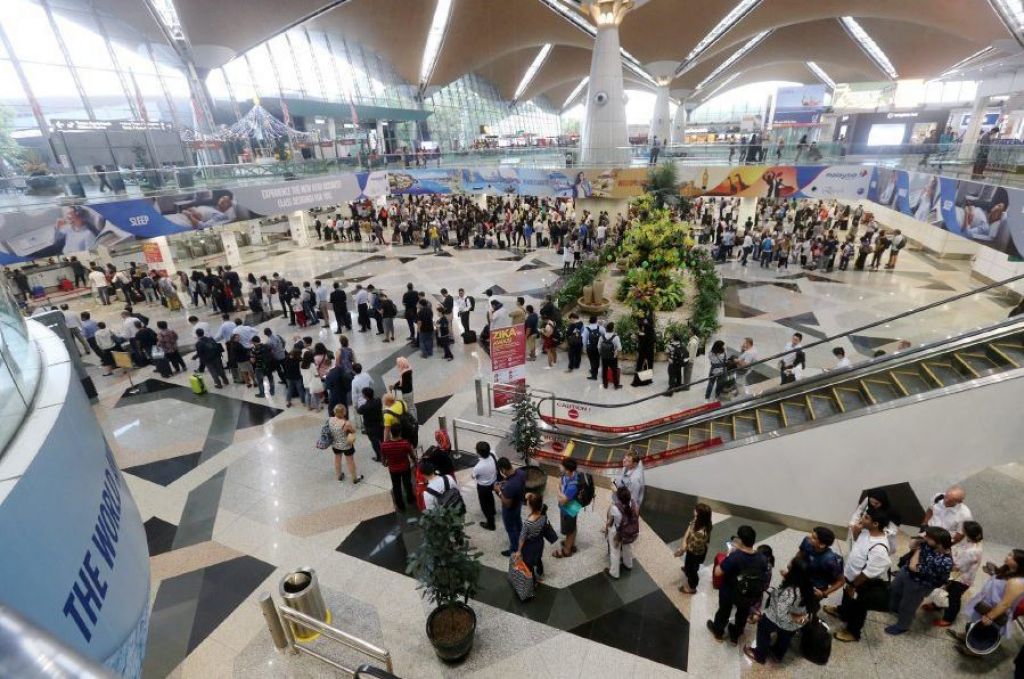 There are currently 1,500 immigration officials at both KLIA and klia2 airports, but more needs to be done to relieve congestion at the checkpoints, says Malaysia's Tourism Promotion Board chief. New Straits Times file photo

Insufficient Immigration officers coupled with the high number of travellers are causing the congestion at Kuala Lumpur International Airport (KLIA).

Malaysia Tourism Promotion Board chairman Siew Ka Wei has called for an urgent meeting this week with all stakeholders to resolve the matter.

An Immigration official, however, told Malay Mail on Monday (Aug 7) that, despite measures taken by the department to ensure maximum staff strength, the shortage of personnel was still obvious.

The official said the measures included limiting the number of staff going on leave and controlling their movement.

“The break time of each and every personnel is monitored. During peak hours and holiday season they are allowed only a 30-minute break,” he said.

The official said there were also personnel who specifically handle departure of haj pilgrims.

He said there was currently a high influx of Middle East tourists into the country as it was their summer season.

He pointed out that KLIA and klia2 on Monday had about 80,000 travellers each, but Immigration only had about 1,500 personnel in total at the two airports.

The busiest times of arrivals are between 11am and 9pm, and morning for departures.

“With the limited personnel, it is quite tough to handle the number of passengers during peak periods,” the official said.

There are close to 40 counters for departures and the same number for arrivals.

On Sunday, Immigration Department director-general Mustafar Ali said he was open to sending his officers for Mandarin classes if that can help ease the congestion at KLIA.

China is the third biggest inbound tourism source after Singapore and Indonesia.

“If this can help ease congestion, I am all for it. That will assist the Immigration Department since we are acutely short of Chinese officers,” said Mr Mustafar, who was responding after pictures of long queues at KLIA which surfaced on social media. MALAY MAIL ONLINE