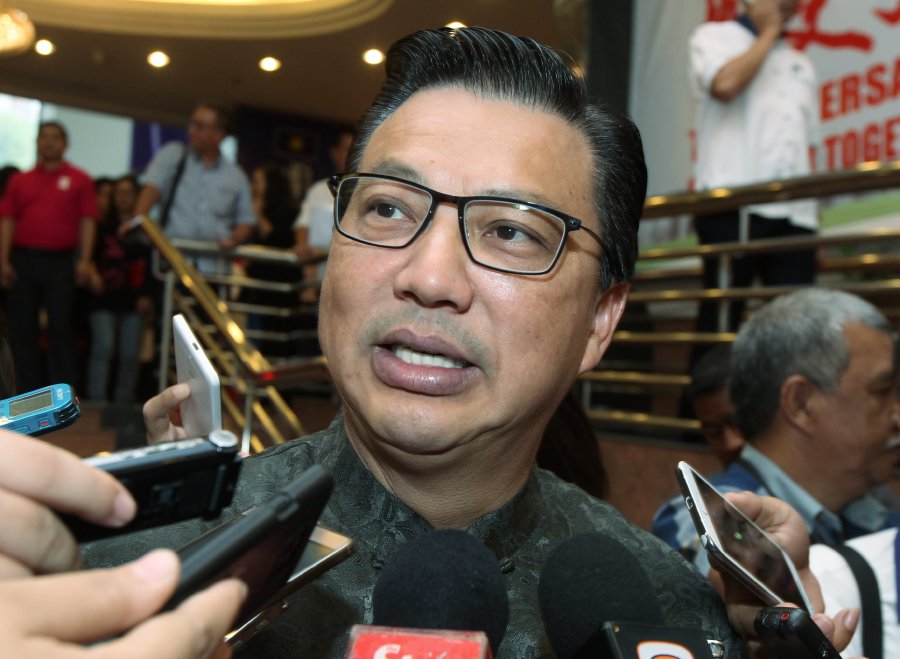 Transport Minister Datuk Seri Liow Tiong Lai said he had directed MAHB to sort out the issue, which has put the ministry under the spotlight. Pic by NSTP/YAZIT

Transport Minister Datuk Seri Liow Tiong Lai said he had directed MAHB to sort out the issue, which has put the ministry under the spotlight.

“I met MAHB chairman Tan Sri Syed (Zainol Anwar Syed Putra Jamalullail) last week, and he is very concerned and taking immediate action to ensure payments are be made on time,” he said during a press conference at the Royal Military Police Corps Training Centre (PULAPOT) here today.

When asked on the status of the repayment, Liow said that he did not have the details and would inform the press later.

On recommendations for the budget airline to shift to the klia2 from the Kuala Lumpur International Airport (KLIA), Liow said this was one of the issues that would be brought to the discussion table and that it was a matter for both the parties to decide on.

“This (shift) was based on the airlines wishes, they were earlier using klia2 and Subang Airport (Subang Skypark Terminal), before they applied to MAHB for a transfer. If they have any wishes they can discuss it with MAHB… It is nothing to do with policy,” he said.

Liow also said that he was prepared to investigate the issue for possible elements of corruption, if there were evidence or details.

He said those making such suggestions must come up with proof and assist the Malaysian Anti-Corruption Commission and police in opening an investigation.

“We welcome any details on the issue so that we can investigate. We have not received any complaints,” he said while responding to calls by social activist Tunku Aziz Tunku Ibrahim for the matter to probed.

Umno Supreme Council member Datuk Dr Mohd Puad Zarkashi had on July 30, urged MAHB to clarify if Malindo Air had paid its airport tax this year of RM70 million, asking if the airline had been given “special treatment”.

Puad had also said Liow did not have to answer on behalf on the airline and should just instruct them to pay up.

Liow, two days later, acknowledged that Malindo Air owed the sum and expressed confidence the airline would be able to settle the arrears in six months.

Meanwhile, MAHB in a statement said the standard operating procedure for the collection of Passenger Service Charge (PSC) or airport tax is to extend a 30-day credit term facility to all its partner airlines.

“Nevertheless, it is not uncommon for airlines to exceed this period. As such, we are continuously monitoring the late payments and are engaging closely with the airlines to resolve these late payment issues.

“This may include identifying and resolving any arising matters with regards to payment details,” said MAHB.

The operator also said that it continuously strives to maintain its good relationship with all partner airlines while stressing that part of this aim is realised when it ensures that all the airlines are treated equally.