Tunku Aziz Tunku Ibrahim yesterday urged the authorities to investigate whether there was any possibility that there are elements of corruption in the case of Malindo Air failing to pay RM70 million in airport taxes. 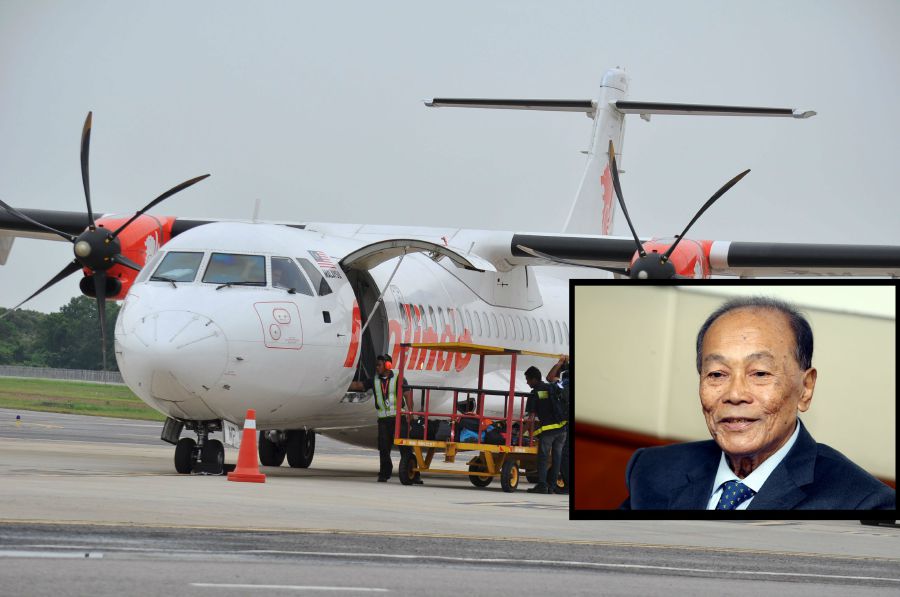 Tunku Aziz Tunku Ibrahim (insert) is urging authorities to investigate possible elements of corruption in the case of Malindo Air failing to pay RM70 million worth of airport taxes.

In a press conference, the social activist said no action had so far been taken by the Transport Ministry, the police or the Malaysian Anti-Corruption Commission (MACC) against the low cost airline since the debt was revealed last Monday.

“There is every reason to believe there is more to this case than meets the eye. The money, which represents airport tax collected by Malindo Air on behalf of MAHB (Malaysia Airports Holdings Bhd), belongs to MAHB and must be paid when due to the rightful legal owner.

“I want police and MACC to investigate and find out where the money went. It has to be an in-depth investigation… whether there is any element of corruption or criminal breach of trust. The people have the right to know.

“At the same time, I want MAHB to be firm in this, avoid being bullied by this low cost carrier which is at this point in time using delaying tactics, taking advantage (of things) and not following rules and ethics regarding airport taxes,” he said.

Tunku Aziz said the Civil Aviation Authority of Malaysia (CAAM) had the right to suspend Malindo Air’s licence if the airline fails to pay what is owed to MAHB in a timely manner.

“Why should we let them use airports in our country if they don’t pay airport taxes owed to MAHB? Their licence should be suspended until they pay MAHB what they owe,” he said.

Tunku Aziz also touched on several issues, including the appointment of Malindo Air major shareholder Rusdi Kirana as Indonesian ambassador to Malaysia and the fact that the low-cost carrier was allowed to operate out of Kuala Lumpur International Airport instead of klia2.

He said such special treatment would “undo the progress the new management of Malaysia Airlines has worked their guts out to achieve under already difficult circumstances”.

On July 30, Umno Supreme Council member Datuk Dr Mohd Puad Zarkashi had urged MAHB to clarify if Malindo Air had paid its airport tax this year of RM70 million and why the airline was given “special treatment”.