Average airfares will continue to drop amid competitive pressure despite higher passenger traffic volumes and increasing capacities and destinations.

Revenue growth, however, is expected to remain flat this year. 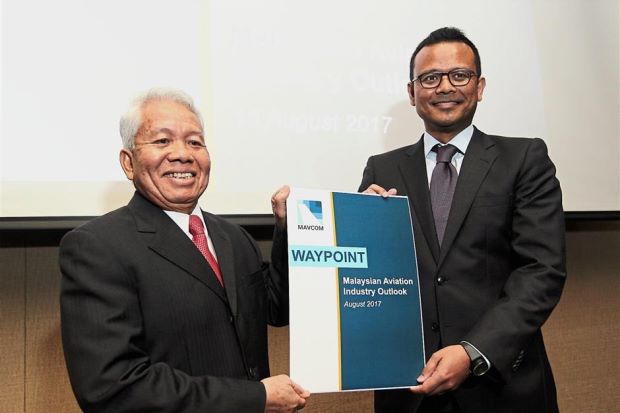 The rise in passenger traffic is also causing congestion at seven airports in the country, and significant capital expenditure is needed to redesign or add capacity at these airports to cater to the growing demand for air travel.

The Malaysian Aviation Commission (Mavcom) is also reviewing the passenger service charge (PSC) for international traffic at Kuala Lumpur International Airport 2 (klia2), as it believes that it should match KLIA and other airports in the country.

“The PSC beyond Asean is lower than KLIA and other airports … air travellers are subsidising the PSC at klia2.

“This is unfair and inequitable and that is why we are looking to equalise it,” said Mavcom chief operating officer Azmir Zain after launching the first industry report known as “Waypoint”.

However, any matching would only take place in January 2018, he added.

Azmir said the commission would look into automatic refunds of PSC for ticket cancellations or a no-show for flights to save consumers the hassle of requesting the same from airlines.

Malindo Air is the only airline that automatically refunds the PSC to passengers now.

On airfares, Azmir said: “Our expectation is that airfares will continue to decrease even though there is capacity growth.

“We have seen signs and indicators that the ASK (average seat per kilometre) will increase and average fares will continue to tumble … we would expect total revenues of the industry to be flattish.”

Mavcom said Malaysia’s air passenger traffic market grew 10.4% from January to July this year, and for the full year, it expected a growth of 7.8%-8.8%, or between 98.3 million and 99.2 million passengers.

He said Malaysia is the third-largest market in air traffic and the third-most connected in Asean after Thailand and Singapore.

“The capacity increase coincided with the period of decreasing average fares, whereby those for domestic and international routes decreased by 5.9% and 8% per annum, respectively.

It said that this year, local carriers are expected to add 14.3% new capacity or 17 new aircraft in terms of ASK. Since 2000, the local airline fleet size has grown from 177 to 278 aircraft.

The contribution from the aviation industry towards the economy from 2010 to 2015 was RM5.1bil.

On infrastructure spending, Azmir could not say how much is needed, as it comes under the purview of the government.

Asked if Mavcom would be raising landing and parking charges for airlines, he said a study is being conducted.

He added that Mavcom is looking to impose penalties for service level quality and a review is in the works.