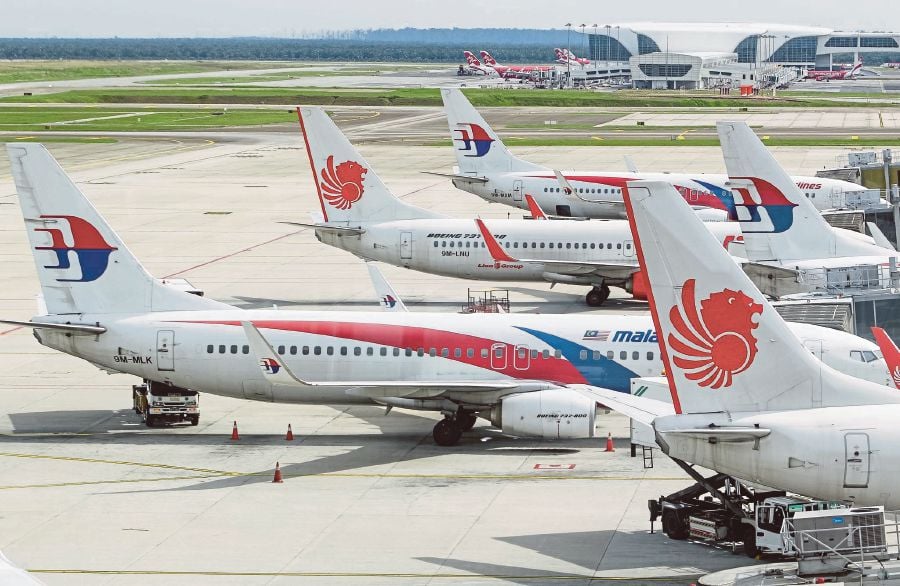 He said this was the most immediate step to help ease the worsening congestion at KLIA.

He said the longer-term solution was to expand KLIA but this would take time.

Its deputy chief, Senator Khairul Azwan Harun, said having the airline operate in klia2 would be in the best interest of national carrier Malaysia Airlines, which operates from Kuala Lumpur International Airport (KLIA).

“We want an immediate correction to be made to ensure that Malindo Air operations are allowed only at klia2 as Malindo Air is a low-cost carrier.

“In the best interest of Malaysia Airlines, we want Malindo Air not to operate from KLIA’s main terminal.”

He said the single largest shareholder of Malindo Air was Indonesian Rusdi Kirana.

“Both Rusdi and its (Malindo Air’s) chief executive officer Chandran Rama Mu-thy must respect and abide by the original spirit of the agreement as a low-cost airliner and fulfil its obligations under prior arrangement.”

Malindo Air operates from KLIA and the Sultan Abdul Aziz Shah Airport, or the Subang Airport.

Issues of flight operations and congestion at KLIA came under the spotlight recently after numerous complaints on how passengers had to endure long durations to clear Customs and Immigration checks.

Tourism Malaysia chairman Datuk Dr Siew Ka Wei said the board was working with the Immigration Department to resolve congestion and delays experienced by tourists.

He said the board was aware of the situation and was working with the department and Malaysia Airports Holdings Bhd to address the problem.

“We look forward to a quick solution as the situation has become critical.

“The coming months are peak holiday season for many markets. In addition, the 2017 Sea Games is just around the corner, and we are expecting to welcome some 15,000 athletes and officials, as well as their supporters.”