Going digital and a more efficient customer service will be one of AirAsia’s primary goals in 2018, according to its chief Tan Sri Tony Fernandes. 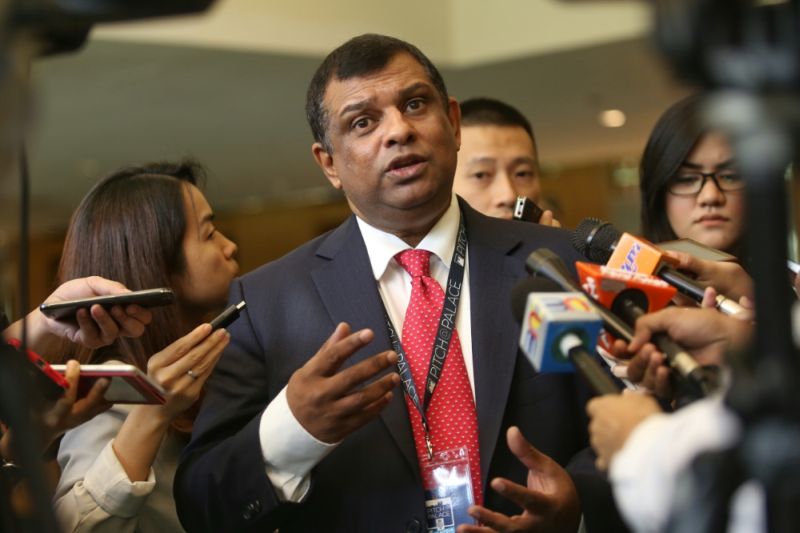 In a report by English daily The Star, Fernandes said AirAsia’s current customer service response is still “bureaucratic”, and that it should be slicker, just like online retailer Amazon’s customer service.

“I want to make our customers really happy. I think we can be much better than we are. I think we have to be asking ourselves, what our failings are. I want to be able to respond to our customers quickly, our guests quickly, (so they can) get a refund, or (ask) a question.

So that’s the big drive for me,” he reportedly said.

Fernandes also aims to use data and technology to improve the company’s reliability and performance, learn more about their customers to provide a better, personalised flying experience.

Another goal he has in mind was better managing flight delays which every airline suffers from.

He also said he disagreed with the Malaysian Aviation Commission’s (Mavcom) plan to impose a hike in passenger service charge (PSC) for international flights to non-Asean destinations from klia2.

Starting January 2018, travellers will have to pay PSC at the same rate of other airports, RM73 instead of RM50 they are currently paying.

“Look, people protest about the toll. People worry about sugar going up 10 sen a kilo. This will impact people. Travel is not (only) for the rich anymore, travel is for the masses.

“So Mavcom and Malaysia Airports (MAHB) have to realise there are two types of travellers. There are low-cost travellers where every penny makes a difference and there are full service travellers,” he said.

Fernandes explained that a “first class or business class” traveller on a full-service airline will not even realise the airport tax cost while another person paying RM150 for a trip to Bangkok will definitely feel the RM75 airport tax.

He pointed out that it is not fair to charge passengers or travellers from klia2 the same rates as KLIA1 since there is a difference in the facilities and infrastructure provided, including disparity in departure lounge size.

“If I’m flying out of klia2, and I’m paying the same as KLIA1, I don’t think that’s fair. My passengers have to walk miles to get to their gate. At KLIA1, they get a train. That’s the number one difference,” he reportedly said.

Fernandes then gave credit to Prime Minister Datuk Ser Najib Razak for understanding the situation enough and reduced the airport tax at klia2.

“MAHB wanted to charge us at LCCT the same as KLIA1. We went to see Datuk Seri Najib Razak. He said yeah, it makes no sense, I understand it’s a volume game. And he reduced the airport tax, and we grew it 30 per cent a year. How can anyone say klia2 has the same facilities as KLIA1?” he reportedly asks.

Tony is optimistic that common sense will prevail.

“In the long run, AirAsia has won the Best Low-Cost Airline (awards). Not many Malaysian companies have won 14 world awards. So we must be doing something right, you know?

“So we should be listened to. We need simple facilities, low-cost facilities. We can make this the Dubai of Asia,” he reportedly said.