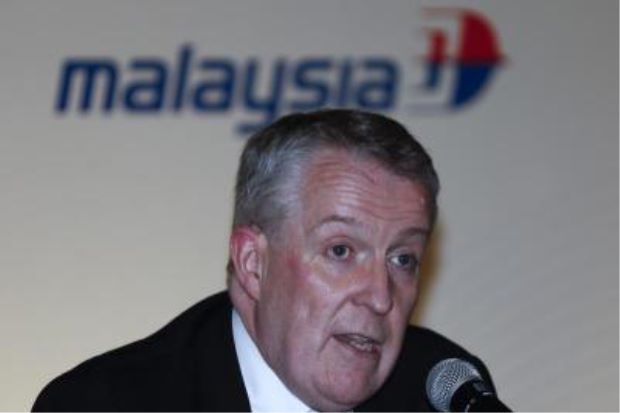 Bellew: "Charges for international passengers at KLIA are at RM33 (US$8.25) more per person than they are at klia2." EPA

He said the move was crucial for MAS to become profitable again as it needed a "competitive set of charges at our home base" that would protect workers' jobs and enable new jobs to be created in the future.

"Charges for international passengers at KLIA are at RM33 (US$8.25) more per person than they are at klia2," he said when addressing MAS employees here on Friday. His remarks were made available to Bernama.

"This is totally unfair and completely anti-competitive," said Bellew, who took over as CEO and Managing Director of MAS last month.

The differential in the rates between KLIA and klia2 reportedly costs well over RM100 million annually for MAS.

Some 51 other carriers now operating out of the two terminals at Sepang are also looking forward to the same charges.

MAS is not the only airline or association urging the Malaysia Aviation Commission (MAVCOM) for uniformity when rates are revised, probably, by year-end.

The Geneva-based International Air Transport Association (IATA) and the Association of Asia Pacific Airlines (AAPA) — both trade bodies — have also written to MAVCOM and Malaysia Airports Holdings Bhd (MAHB) to protest about the ridiculous difference.

AAPA, which is headquartered in Kuala Lumpur with international representation in Brussels and Washington, has 16 Asia Pacific airlines as its members.

"We will continue to demand fair treatment for Malaysia Airlines. It is nuts that one airline gets a discount of RM5,940 (US$1,500) for every international flight from klia2," Bellew said, obviously referring to AirAsia.

IATA had urged the Malaysian government for a solution that would be "revenue neutral to the airport operator" and that there should be no discrimination between users at KLIA and klia2.

In urging airport passenger service charges to be the same at all terminals in Kuala Lumpur, he said that if the charges were not changed by next April, MAS would be forced to operate some flights from klia2 at a discount of RM33 per passenger.

The first routes would be new operations to North Asia and China where there would be few connecting passengers.

Against such a scenario, he said, "I hope the authorities change their mind and give fair competition for all airlines. I dont want to operate from klia2 and I just want a fair charge.

"For Malaysia Airlines to grow and become profitable again we need a fair and competitive set of charges at our home base. This will protect all our jobs and allow us to create new employment in the future.

"klia2 is a super facility and I spent 12 hours there at the end of July.

"The few building problems have been exaggerated as it was normal to have some teething problems.

"The operator and the government have spent millions of dollars promoting klia2 and one airline wants to change the name to something confusing that means nothing in the ASEAN region.

"I think that is really silly and of course the name should stay as klia2," he said.

Bellew also told his staff that MAS has a tough job ahead in turning around financially, but gave his personal commitment that he would do everything possible "to fight for equal treatment for this airline from all authorities and suppliers over the next few years." – Bernama