AirAsia, Malaysia's largest low-cost airline, has announced its move to RedQ, its new corporate office by the terminal where it operates in Sepang. 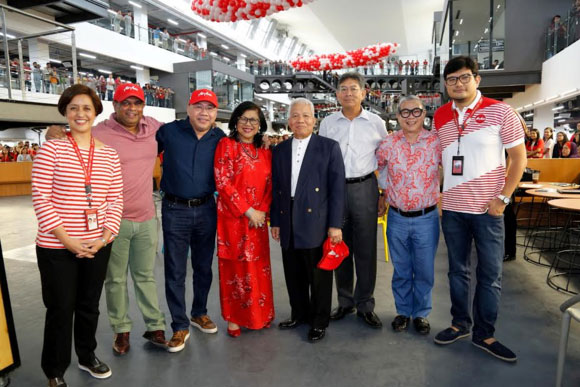 The 18,000 square-meter RedQ, short for RedQuarters, will be home to 2,000 staff from AirAsia and its affiliate company running long-haul flights, AirAsia X, it said in a statement Monday. The construction of the new corporate office took nearly two years.

AirAsia's previous headquarters were in Subang, which was closer to the capital city of Kuala Lumpur, before it moved to the Kuala Lumpur International Airport and subsequently to its last base at the low-cost carrier terminal of the airport, klia2.

AirAsia had voiced concern over the differing conditions of the facilities at KLIA and klia2, leading to local media reports that it could move its operations to KLIA by January 2017. klia2 is currently home to low-cost carriers.

In July, full-service national carrier Malaysia Airlines had announced its intention to operate some flights out of klia2 due to cheaper passenger service charges. However, new higher rates from January were recently announced by the Malaysian Aviation Commission. The commission said that it will gradually bring rates at both airports in line.

"The customers at KLIA enjoy far superior services whereas the services at klia2 are not entirely satisfactory which does not give rise to a level playing field," AirAsia said in a statement. "The facilities at the two airports should be made equal to each other, otherwise, we are happy to consider moving AirAsia and AirAsia X operations to KLIA to ensure that (customers) receive the value of what they paid for."

Maybank's aviation analyst questioned AirAsia's potential move. "It would be impossible because there is not enough space in terms of gates and parking bays," Mohshin Aziz said. "Furthermore, AirAsia's headquarters is at klia2 and it will incur extra costs if it does move."

Airport operator Malaysia Airports Holdings issued a statement in response saying, "We are open to discuss any airline's requirements to switch terminals if it benefits them and the requirements can be accommodated based on availability of capacity at the terminal."