AirAsia group CEO Tan Sri Tony Fernandes asked today if ego was getting in the way of national interest and job opportunities, as he continued to make his case for the budget carrier’s bid to rebrand klia2 as LCCT2. 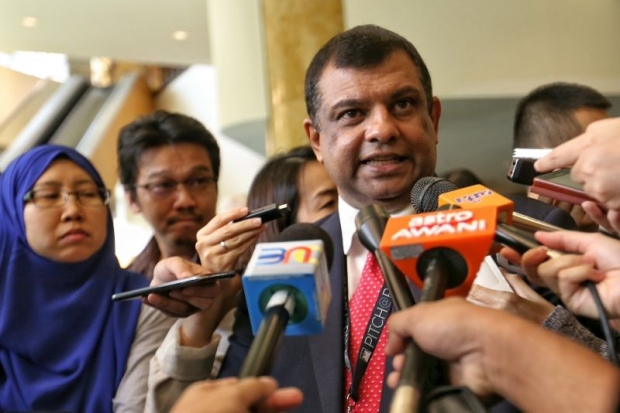 Tan Sri Tony Fernandes pointed out that AirAsia intends to spend over RM5 million for the campaign to promote KL as the low-cost carrier hub of Asia. Picture by Saw Siow Feng”

In a Facebook posting, Fernandes, commenting on an International Air Transport Association (IATA) statement on the issue, also pointed out that AirAsia intends to spend over RM5 million for the campaign to promote KL as the low-cost carrier hub of Asia.

IATA, in a report on New Straits Times, had said that it only assigns the three-letter location identifier for the airport and that it was up to Malaysia to decide on the actual name of the terminal.

“Facts coming out. Beyond me why man refuses to work with the largest Lcc in asia . We are going to put 5 million dollars into rebranding Lcct to make KL [the] hub of ASIA. At what point does ego get in the way of National Interest and jobs,” Fernandes wrote, along with a picture of the article on the English-language daily.

The newspaper clipping quoted IATA spokesman Albert Tjoeng as saying that the three-letter code would remain unchanged regardless of the airport name.

Last week, AirAsia stood firm on its plans announced earlier in the month, to refer to the terminal as LCCT in its websites, tickets and promotional materials, even saying that the campaign may continue forever.

Malaysia Airports Holdings Bhd (MAHB), however, said the budget carrier would be acting in violation of aviation laws if it proceeds with its campaign.

Transport Minister Datuk Seri Liow Tiong Lai later intervened, saying there will be no name changes, but would be willing to discuss with AirAsia on other ways to better position klia2 internationally.

Yesterday, Fernandes conceded that AirAsia has no right to change the name of the airport terminal but said it would continue to do so anyway in its promotional materials.

Fernandes is expected to meet with Liow today.