Having no proper integration to main KLIA building, renaming klia2 as LCCT2 can boost its position as a low-cost gateway, says AirAsia chief. 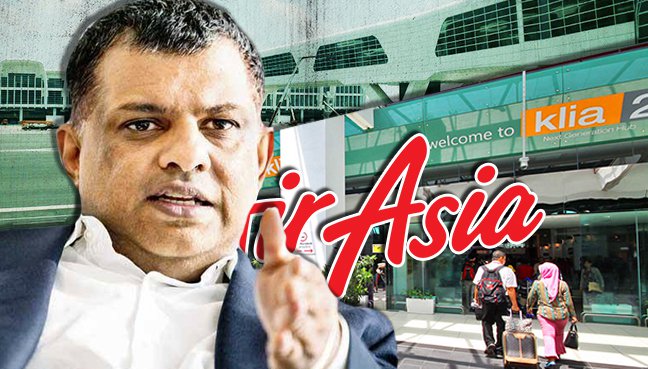 Though AirAsia has no right to change the name “klia2” to “LCCT2″, it would continue doing so as part of a marketing strategy, says Tony Fernandes.

Speaking to reporters at the Pitch@Palace event held at the Mandarin Oriental Hotel here today, the AirAsia Group CEO said he is meeting Transport Minister Liow Tiong Lai tomorrow to discuss the matter.

“I am meeting the minister tomorrow. I’m doing a marketing campaign and the minister knows that. There is nothing wrong with it,” Fernandes said.

AirAsia was again thrown into the limelight following reports claiming that it had started printing its boarding tickets with the airport’s name stated as LCCT instead of klia2.

When asked if he was concerned of a possible penalty for the act of rebellion, Fernandes said it was time to stop using “sticks to beat down good Malaysian businesses”.

“It’s freedom of speech. I’m allowed to do any advertising I want. Why are we always bullied? We are trying to do business here, to create jobs, to attract tourists.

“Aren’t we (AirAsia and Malaysia Airports Holdings Berhad) doing the same business together? Isn’t this good for Malaysia?

“If anyone can tell me this is bad for the country, then I’ll stop,” Fernandes said, adding: “Let us work together to build something in this economic season.”

He then claimed that KLIA as well as klia2 are basically operating as two different airports having no form of integration in place.

This, Fernandes pointed out, was visible through the lack of transportation that can help customers commute from one hub to another.

“Even with ERL (Express Rail Link), you are required to pay RM2. This is the only airport in the world that charges you to move from terminal to terminal.

“That does not help with integration between the two.”

AirAsia, which accounts for the biggest share of passenger traffic at the RM4 billion klia2, had earlier this month announced its plan to promote the budget terminal as LCCT2.

The airline said this would reinforce Kuala Lumpur’s position as the leading low-cost gateway to Asia and beyond.