The Transport Minister must accept responsibility over the loss of public funds, and the relevant bodies involved in this must be adequately punished. 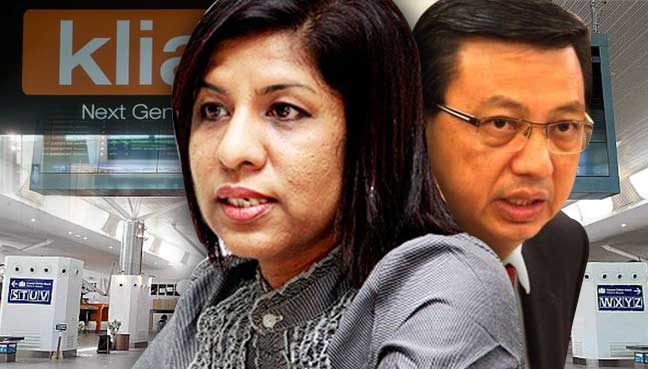 Transport Minister Liow Tiong Lai, in a written reply in Parliament, failed to detail the breakdown of the repairs and their costs when revealing that RM76.5 million was spent on remedy works to address ponding issues at klia2.

“His response was alarming to say the least,” warned the Centre to Combat Corruption & Cronyism (C4) in a statement

“The Transport Minister must accept responsibility over the loss of public funds, and the relevant bodies involved in this must be adequately punished.”

C4 Executive Director Cynthia Gabriel demanded that the Transport Minister immediately disclose the full contract details on the construction of klia2 and provide reports on why, despite the staggering cost of RM4 billion, defects in construction resulted in the ponding issue and continue to occur in the new terminal.

Gabriel, who is also a Petaling Jaya City Councilor, wants Liow to disclose the list of contractors and sub contractors and the criteria that led to the company concerned being awarded the RM4 billion contract to construct the terminal; and whether protocols and standard operating procedures were followed.

She added that he should also release the breakdown of the repairs for the ponding issue, which incurred the cost of RM76.5 million; reveal measures put in place to deal with errant contractors and publicize what penalties were imposed on such contractors; and publicize the independent audit committee report, which was set up in January to probe safety issues surrounding klia2,.

Malaysia Airports Holdings Bhd’s (MAHB) expenditure of RM76.5 million to repair defects at the Kuala Lumpur International Airport 2 (klia2) since its operation on May 2014 has certainly raised eyebrows, reiterated Gabriel.

“It’s rather astonishing to learn of this because earlier it was reported that the construction expenses for the new terminal, ballooned from an initial estimate of about RM1.7 billion to RM 4 billion.”

With a massive increase of RM2.3 billion in construction expenses for klia2, she continued, she said, it was astounding to later discover massive defects in the building of the airport.

“klia2 is but a classic example of major infrastructure projects that have incurred unbridled wastage and losses due to shoddy workmanship and lack of transparency.”