Malaysia Airports Holdings Bhd (MAHB) is optimistic of capturing a fair share of the travellers market in 2016, boosted by the government’s effort to relax visa restriction process. 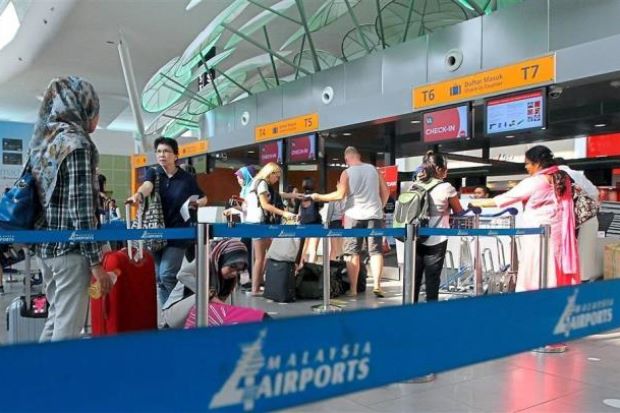 Travellers in queue to check in at klia2

Managing Director Datuk Badlisham Ghazali said there were a lot of headwinds this year such as the haze, aftermath of the twin MAS tragedies (MH370 and MH17) and other air incidents.

“We are going forward. We are already seeing a surge in travellers from China. For 2016, MAHB is optimistic as the government has announced that it will issue e-visa to China and India.

“This will be good for the industry if it works out well,” he told reporters after launching the Indulge and Explore Campaign at the Kuala Lumpur International Airport 2 (klia2) here, today.

Badlisham said the industry had previously estimated that about 100 million passengers travel around the world every year.

Asked on MAHB’s target, he said, “We want to make sure we capture our fair attention, and will announce our forecast in 2016.”

On the campaign, Badlisham said the three-month campaign, which kicked off yesterday (Dec 7) until March 6 next year, would reward travellers for shopping and dining at KLIA and klia2 terminals while giving them opportunity to explore.

“It is possible to indulge and benefit in terms of broadening one’s horizons and experiences particularly in the areas of wildlife conservation and personal wellness,” he said.

In addition, travellers stand to experience the opportunity of a lifetime as a volunteer in a Panda Experience programme, as the grand prize of the campaign.

He said the campaign was also aimed at further promoting an understanding of conservation among Malaysians and international travellers.

“Malaysia Airports has always been a supporter in sustainability practices. We were the first airport in the world to incorporate rainforest in our terminal. This campaign is an extension of what we believe – the need for and the importance of sustaining our ecosystem,” he added.

To be eligible for the contest, travellers must spend a minimum of RM200 at any food and beverage outlets at KLIA and/or klia2 terminals, and then scan the receipts of their purchases at one of the 14 automated e-kiosks located in the terminals.

In a statement issued in conjunction with the launch, MAHB said the information captured at the e-kiosks would be uploaded to an off-site server computer that will randomly select a weekly winner for 13 weeks.

Shoppers will also be given the privilege of doubling their entries when they use their MasterCard card. — BERNAMA