Putrajaya must disclose its supplementary agreement with Express Rail Link (ERL) to show why the firm was allowed to raise fares by up to 57 per cent after it was provided with a free extension to the klia2, said a DAP lawmaker today. 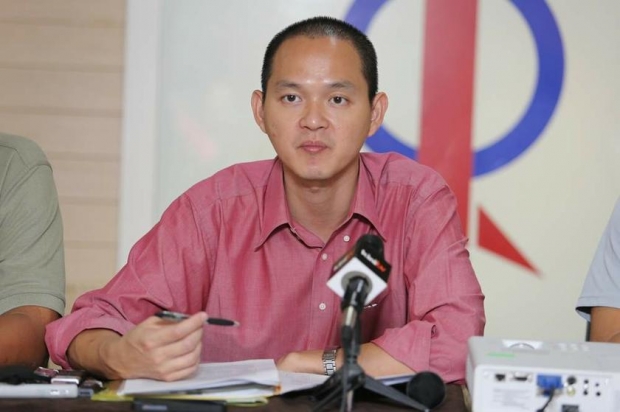 Serdang MP Ong Kian Ming pressed Putrajaya to publicly reveal the contents of the agreements with ERL to allow the public to evaluate the government and the firm’s justifications for the increase. — Picture by Choo Choy May

Serdang MP Ong Kian Ming noted that ERL was allowed to use the new line to the low-cost terminal without having paid “a single sen” for its RM100 million construction, which helped it increase ridership by roughly 44 per cent and revenue by a projected RM89 million this year.

Ong said the klia2 extension should have prompted the government to sign a supplementary agreement with ERL, and one that should have limited the fare hikes to increments smaller than the current 57 per cent jump.

“Was the government negligent in allowing for a huge fare increase for ERL Sdn Bhd in the supplementary agreement knowing that the klia2 extension would bring about a significant increase in ridership?

“Why didn’t the government squeeze the concession holder to limit or even prevent a fare hike given that the klia2 extension was fully paid for by the government?” he asked in a statement today.

Ong then pressed Putrajaya to publicly reveal the contents of the agreements with ERL to allow the public to evaluate the government and the firm’s justifications for the increase.

On December 1, ERL announced it will increase the fare for the KLIA Express from the current RM35 to RM55 beginning January 1.

It also increased rates for its KLIA Transit service by between 45 and 57 per cent.

The firm stressed, however, that the new rate is still less than what the firm was entitled to charge based on its concession agreement, which is said allowed it to set the fare at RM64 per journey.