AirAsia Bhd is seeking RM409mil from Malaysia Airports Holdings Bhd (MAHB) for alleged losses and damages incurred while operating from klia2 and from the low-cost carrier terminal (LCCT). 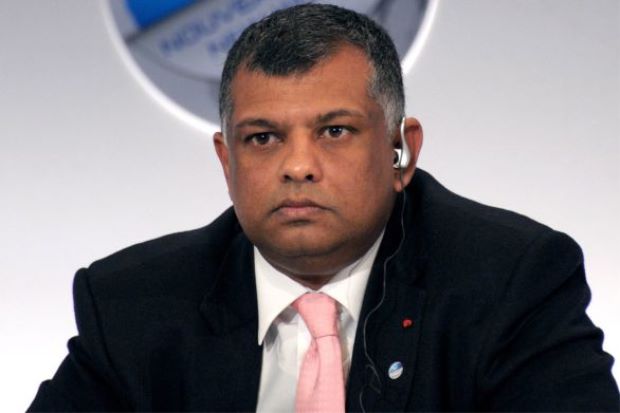 Fernandes: ‘We cannot pretend it is not there and try to sweep it under the carpet and hope it goes away as it will not. Let’s fix it.’ -AFP filepic

In a statement, the budget carrier said it had served a letter of demand on MAHB and its wholly-owned subsidiary Malaysia Airports (Sepang) Sdn Bhd.

AirAsia claimed that MAHB had failed and breached its contractual duties which had caused AirAsia to suffer and continue to suffer losses.

AirAsia also claimed that MAHB’s breaches had damaged its brand and reputation as the public perception is that the failings of the facilities are within the control of the airline.

Meanwhile, MAHB confirmed receiving a letter of demand from lawyers acting on behalf of the airline.

“We are surprised by some of these assertions about klia2 and LCCT after AirAsia has benefited from the facilities provided by Malaysia Airports since 2001 to grow into the largest low-cost carrier in Asia.

“Malaysia Airports considers these claims to be baseless and will vigorously challenge them. We have already instructed our solicitors to look into the matter,” MAHB said in a statement yesterday .

“I was really frustrated that one of our aircraft wheels had bent. And I have a picture of this on Twitter.

“The airport has to be fixed so let’s fix it and move on. We cannot pretend it is not there and try to sweep it under the carpet and hope it goes away as it will not. Let’s fix it,” he added.

The RM4bil klia2, dedicated for low-cost carriers, was opened in May last year after several delays.

It caters for 45 million passengers.

On Tuesday, MAHB stated that the klia2 apron and taxiway were undergoing differential settlement.

“Of the total 1,480,000 sq m total airport area, only 2.3% is affected by this differential settlement that causes the ponding and depression issues,” said the airport operator.

MAHB noted that “all works are done in accordance to International Civil Aviation Organisation guidelines, and on a continual basis and that the klia2 terminal, apron and taxiways are safe for operations.”