Tan Sri Rafidah Aziz slammed Malaysia Airports Holdings Berhad (MAHB) for playing down the defects at klia2, saying that MAHB was being "naive and callous" in brushing aside concerns over defects in the new budget terminal. 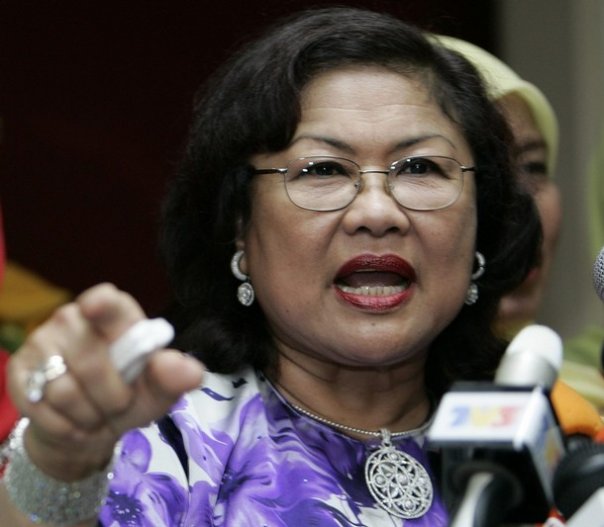 Posting on her Facebook page, the AirAsia X chairman said lives are at stake as airlines are responsible for their passengers and staff safety.

Attached to the Facebook posting was a news clipping which quoted MAHB managing director Datuk Badlisham Ghazali as saying defects at the airport only constitute a small percentage and shutting down the airport would not resolve soil settlement issue and would instead result in major distruption of airlines' operations.

"How naive and callous can some people be? Any airport must strive to achieve zero defect! Yes, zero defect!!

The former international trade and industry minister said airlines are dealing with the safety of both passengers and staff everyday.

"We are all responsible for so many lives. The airlines are the airports' clients. Surely there must be a Clients Charter guiding them?" she said.

She also reminded airport operators that they should not treat airports the same way as they do with shopping malls, restaurants and grocery stores.

"These outlets are incidental to the airport. It is airport first. It takes only one incident, the Almighty God forbids, to have endless repercussions for the country.

"Please don't quote profits running airports in other countries. Solve the serious problems at klia2 first in Malaysia. And please don't play with statistics when referring to defects at the airport," she added.

klia2 had been riddled with issues even before it was opened, including the ballooning of its construction costs from the initial RM1.7 billion to RM4 billion as well as "ponding" issues – pooling of water on the runway, bumpy taxiways and "sinking" parking bays, although soil treatment works had been done during construction.

The latest was on Monday where he took to his Twitter to say that the "sinking" in klia2 should not have happened.

He had also hit out at MAHB, saying that their response to the sinking was "ridiculous", urging the airport authority to improve themselves.

This came after AirAsia CEO Aireen Omar told Bloomberg that klia2 was sinking, with cracks appearing in the taxiway and water forming pools that planes had to drive through.

She warned that the defects could cause flight delays, increase wear and tear of planes and pose potential safety risks.

Bloomberg had said although take-offs and landings aren’t affected, AirAsia, which is the terminal's biggest user, had asked Malaysian authorities to fix the problems before any untoward incidents happened.

Expressing his displeasure on Twitter, Fernandes had said Aireen had to keep "wasting her time" making trips to MAHB to sort out the matter.

He had also posted a picture of a plane on the klia2 tarmac with its wheels twisted.

"Is this to be expected? 8 hour delay due to plane slipping off chocks. The board has to take responsibility," he had posted.

Following this, AirAsia yesterday said it had served a letter of demand to MAHB and its subsidiary Malaysia Airports (Sepang) Sdn Bhd for loss and damages as a result of operating from klia2 and the previous low-cost carrier terminal (LCCT) in Sepang.

In a statement, AirAsia, which has been named the world's best low-cost airline for six consecutive years, said it is seeking RM409 million in damages.

In its letter of demand, AirAsia stated that MAHB has breached its contractual duties which caused the company to suffer damage to its branding and reputation.

The budget airline added this has caused negative public perception that the failings in klia2 are supposedly within AirAsia's control by virtue of it being the single largest operator in the low-cost carrier airport. – August 1, 2015.