Nearly two months ago, there were reports stating that klia2 would surely get its certificate of fitness by the end of January to facilitate the start of its operations on May 2.

The main contractor – the UEMC-Bina Puri joint venture – pledged to complete the airport with its certificate of fitness by Jan 31. 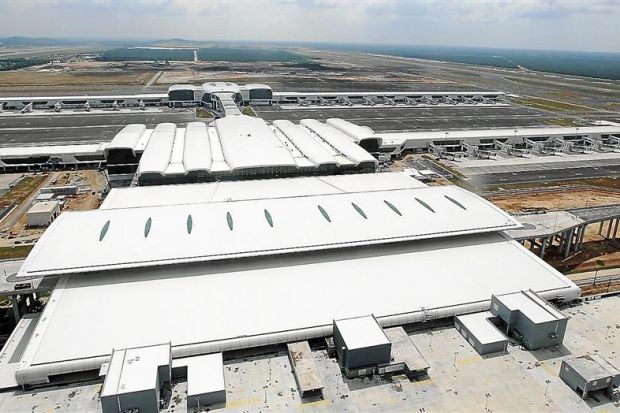 Despite the delay MAHB shares are on the uptrend.

This new date came about after several deadlines were not met to the extent that the Government had to establish a task force to monitor the progress at klia2, an airport dedicated to low cost carriers.

But the Jan 31 deadline was not met because the infrastructure has yet to get the green light from the Fire and Rescue Department, the Sepang Municipal Council and Indah Water Konsortium.

Rectification works are under way, giving reasons for many to doubt if the airport can be operational by May 2.

Against this backdrop, acting Transport Minister Datuk Seri Hishammuddin Hussein has given a commitment that the deadline of May 2 for the opening will be maintained or the parties responsible would be penalised for delays.

He has even said that the ORAT can be carried out by MAHB immediately.

Even when the main terminal, KLIA, was built more than a decade ago, it had originally planned for a three-month ORAT period, but took six months. So did Hong Kong’s airport, Bangkok’s Suvarnabhumi and South Korea’s Incheon.

Delays in airport projects are not unique to klia2 as it is a complicated infrastructure. Even when airports are opened, many face operational issues.

For instance, Denver airport faced huge baggage system problems from day one, while it was not smooth sailing at the Hong Kong international airport in its early days of operations.

The Doha airport changed its opening date many times and now has fixed it for 2017. So have the authorities in Germany who have delayed fixing the date for the opening of the Berlin airport thus far despite Germany being known for its machine-like efficiency.

So klia2 is not alone, but people need to know the truth as to what is really going on given the many misses and delays.

The parties should be transparent about the issues they face.

Is it really true that a large portion of the main terminal is not ready for public occupation from the fire and safety aspects? Are there problems with the sewerage pipes due to soil conditions?

There are plenty of construction jobs in the market, and the obvious question is whether the contractors have bitten off more than they can chew and that could be slowing down the completion of klia2. Are they also facing shortage of resources?

Over a decade ago when KLIA was conceptualised, there was a planning committee that dedicated two years just to planning before the start of construction. After the plans were firmed up, it did not accommodate any changes.

Only four main contractors were appointed to build KLIA.

In comparison, klia2 has too many contractors in a bid to give many parties jobs, and it also did not lock up its plans, catering to last-minute requests for changes. This could also be a reason for the delay.

To be fair, the third runway, taxiway and other supporting infrastructure were completed in December last year, making Malaysia the first country in the region to have a third runway for its flagship airport.

Enough time has been spend on trying to complete klia2, and it is easy to point fingers, but this is an important facility. Some parties need to own up to all the delays so far.