The Government is not budging from its guarantee that klia2 will take off from May 2. 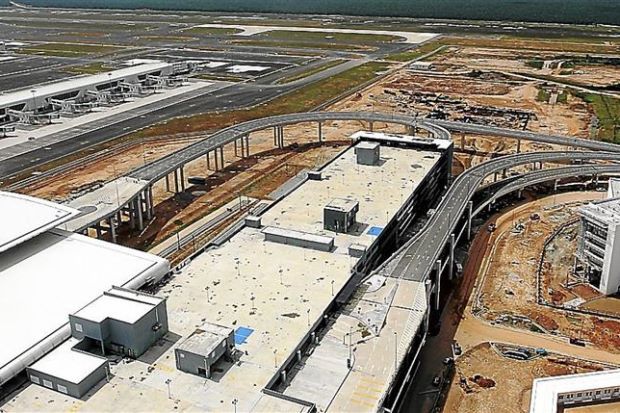 klia2 will take off from May 2

“From now until May 2, we have to do whatever it takes to make it operational.

“I am serious (when I say) I will hold those responsible to their promise.

“If there are parties found to have obstructed this schedule, I will not hesitate to take the necessary action against them,” said acting Transport Minister Datuk Seri Hishammuddin Hussein.

klia2 had missed several deadlines for opening since September 2011, with the last scheduled opening on April 30 deferred to May 2 this year.

Speculations over another possible delay came on Tuesday, when Malaysia Airports Holdings Bhd reportedly failed to receive the certificate of completion and compliance (CCC) from main contractor UEMC-Bina Puri for the klia2 terminal building.

Hishammuddin told a press conference here yesterday that he would closely monitor the matter and conduct spot checks at the airport site to ensure that the project was delivered on time. This, he added, would include ensuring that klia2 receives the CCC and the operational readiness and airport transfer (ORAT).

In a related development, Deputy Transport Minister Datuk Abdul Aziz Kaprawi said there were no defects in the (klia2) terminal building, which is almost completed.

“The contractor merely has to make amendments to the fire and safety features to comply with the (Fire and Rescue Department) standards, which we hope will be in place by the end of this month,” he said.

Meanwhile, UEM-Bina Puri confirmed it could not obtain the CCC by Jan 31, allegedly due to an “unexpected issue” which occurred recently during a follow-up inspection.

In the meantime, Indah Water Konsortium Sdn Bhd, Sepang Municipal Council and the Fire and Rescue Department inspected the building last month and found 65% of the main terminal did not comply with fire and safety standards.

There were also reportedly cracks in the sewerage pipe outside the terminal and parts of the road and drainage were allegedly not fit for use.

On the cracked pipe, Abdul Aziz, who chairs the klia2 task force, said: “We will fix it.”