Its chairman, Datuk Nur Jazlan Mohamed, said the airport company ignored the needs and recommendations of clients, including airline operators, in the construction of klia2.

Despite its vast experience in managing and running airports, MAHB did not prioritise its clients, he said.

"MAHB is not customer centric. They should build airports for people to use, not determine what people should use," he said at a press conference in Parliament today.

In pointing out that it is low-cost airlines that are drying the growth of the aviation industry and airports, Nur Jazlan said both MAHB and Putrajaya will lose out if they failed to have a more business-like approach to cater to the needs of budget carriers.

"It is companies like AirAsia and Malindo that are driving the industry, it is not MAS, MAS is in ICU now," he said, referring to ailing national carrier Malaysia Airlines that is currently undergoing a massive restructuring exercise.

In the PAC report which was tabled in Parliament today, it was found that MAHB's did not have any experience in building an airport of such magnitude.

The RM4 billion klia2, stated the report, failed to achieve its objective as a low-cost terminal as requested by low-cost carriers.

"Although MAHB has been given an opportunity by the government to manage airports in Malaysia, it is clear the company did not prioritise the needs of its clients, namely low-cost airlines' operators," the report said.

Moreover, the airport operator did not stick to klia2's original plan to be a low-cost terminal and instead, changed it to be a hybrid concept airport after numerous upgrades and unexpected cost increases.

MAHB's failure in completing the project on time has also caused Putrajaya to suffer from negative perceptions, the report further stated. 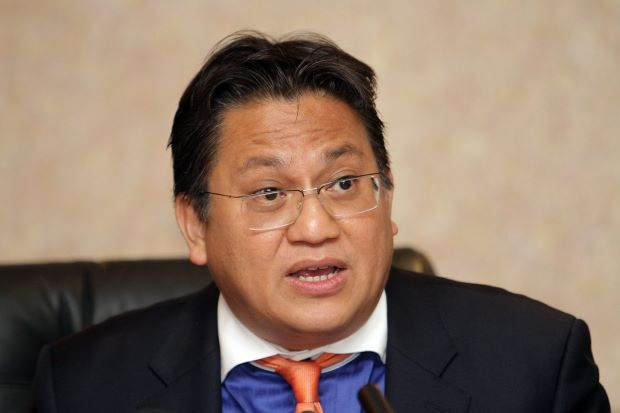 "The klia2 project failed to meet its completion deadline, it was supposed to be completed in September 2011 but that was changed a few times until May 2, 2014.

"The delay caused various allegations and negative perception being thrown at the government. MAHB was too optimistic with the opening dates by giving unrealistic promises to the government," the report said.

It further said klia2 will threaten the Kuala Lumpur International Airport (KLIA) as the country's main airport and cause Malaysia to lose a golden opportunity to be a successful low-cost-carrier hub in the Asia Pacific region.

The report also added MAHB had ignored the recommendation of the KLIA master plan that any airport expansion works should be done at the north side of the airport site where the soil is stable.

But, the company proceeded to construct klia2 on the west side, where the master plan warned of swampy soil and would require massive rehabilitation works.

This was what contributed to the ponding issues suffered by klia2 although soil treatment works had been done during construction and currently.

Early this month, Transport Minister Datuk Seri Liow Tiong Lai said an independent audit panel will be set up to investigate claims of ponding in the low-cost terminal, which have raised safety concerns.

The Malaysian Insider had reported in May on safety fears at klia2, where the ground for taxiways and aircraft parking bays was slowly sinking due to torrential rain and continuous impact from hundreds of aircraft landings and take-offs at the terminal.

Aviation industry sources had told The Malaysian Insider that “ponding” or water collection had occurred in the airport apron following heavy rain in Sepang, Selangor, just two weeks after operations began on May this year.

Industry sources also said there were reports of some AirAsia Airbus 320 passenger aircraft moving despite being parked in the bays with safety-chocks to stop the wheels from turning.

klia2, which has a capacity for 45 million passengers annually, was built to replace the Low Cost Carrier Terminal (LCCT) near the Kuala Lumpur International Airport cargo centre.

The project that began construction in 2009 suffered several delays due to design changes and extensive earthwork.

The cost also ballooned from RM2 billion to RM4 billion which MAHB said was due to several requests from AirAsia and other agencies.

Low-cost airlines such as Malindo Air, Cebu Pacific Air, Tiger Airways, Mandala Airlines and Lion Air moved to the new airport on May 2 while Asia’s biggest budget carrier, AirAsia, did so a week later.

Several safety concerns had been highlighted, but a week before its official opening, the International Civil Aviation Organisation inspected the facility and gave the go-ahead for the terminal to start operations. – November 25, 2014.