Malaysia Airports Holdings Berhad (MAHB) is willing to be audited over the construction and delivery of the RM4 billion new low-cost carrier terminal klia2 as suggested by the parliamentary Public Accounts Committee (PAC).

MAHB managing director Datuk Badlisham Ghazali said they welcomed the proposal as a public listed company, but added that it wanted to discuss the type of audit with the Transport Ministry first.

"We want (an explanation) of the type of audit that can be done, but before that we need to discuss with the government first," he said at a press conference at klia2 in Sepang, today.

PAC chairman, Datuk Nur Jazlan Mohamed had said yesterday that the Auditor-General should investigate klia2 for weaknesses and irregularities, including claims that the cabinet was not properly briefed on some aspects of construction, thus causing delays and cost overruns.

The Barisan Nasional MP for Pulai also said even though MAHB's finances had been audited, it had never been audited for its performance in terms of construction and delivery of a project.

"This is the first time they are building an airport of such size, we want the A-G to audit it," Nur Jazlan had said of the klia2 terminal that has a capacity for 45 million passengers annually.

Commenting on the PAC's report that klia2 did not meet the needs of low-cost carriers, Badlisham said MAHB would make some improvements but had to wait for the official report to be scrutinised. 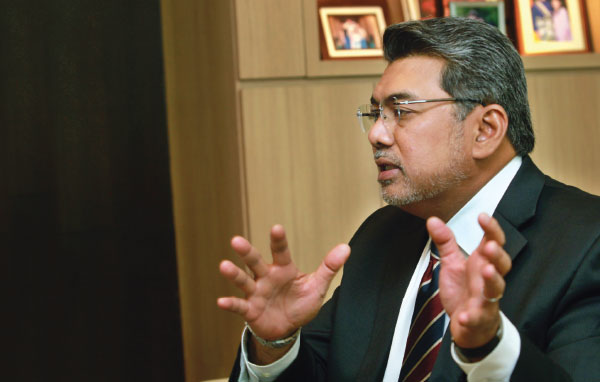 "I have heard about the complaints for the past six months. Personally, I welcome any matter that is identified and needs to be improved.

"But it can only be done after we see the feedback.”

Badlisham added that there was no clear definition on whether klia2 was a "hybrid" or low-cost carrier airport, but felt that it was similar to the earlier Low-Cost Carrier Terminal (LCCT) it had replaced, only that several systems and facilities had been upgraded.

"For me, there is no standard definition that (differentiates) between low cost and hybrid in airport service facilities.

"The term is something that can be described but it is not a standard that needs to be achieved," he said.

PAC in its report found that klia2 did not follow its original concept as the LCCT's replacement, and had instead changed it to be "hybrid" concept airport after numerous upgrades and unexpected cost increases.

"The result found that klia2 will threaten KLIA as the country's main airport.

"Malaysia has lost its golden opportunity to develop the most competitive aviation hub company in Asia-Pacific region," said the report.

klia2 which started operations on May 2 this year, was built to cater for 45 million passengers annually. The cost of construction ballooned from an initial RM 1.7 billion to RM 4 billion. – November 27, 2014.