AFTER weeks of expressing its concerns over klia2, AirAsia has announced that it would shift from the Low-Cost Carrier Terminal by May 9 when the LCCT will be shut down. 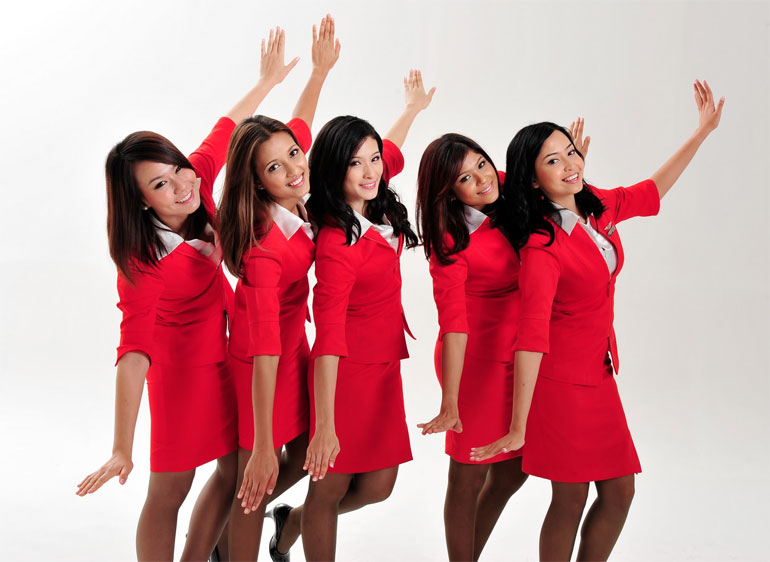 In any case, klia2 begins operations on May 2 and what choice does AirAsia, voted the world's best low-cost airline five years in a row, have?

When it earlier rocked the aviation industry by stating that it won't budge from the LCCT until operational and security concerns about klia2 were addressed, it was, to me at least, its way of saying that it is moving under protest mainly due to its opposition to having to operate a budget airline in a high-cost airport.

AirAsia Group chairman Tan Sri Tony Fernandes cringes at the thought of an increase in airport charges especially with the cost of building klia2 having doubled to RM4 billion from its original plan and after considerable delays.

Over two years ago when Malaysia Airports Holdings Berhad (MAHB), which operates most airports in Malaysia, had estimated klia2 to cost around RM2 billion, Tony texted: "My man, mark my word, it won't cost just RM2 billion. RM4 billion seems more like it."

And true enough, we now have a high-cost RM4 billion "hibrid" terminal for low-cost airlines, with AirAsia being the anchor tenant.

That was more than two years ago and a lot of water has flowed under the proverbial bridge since as the spat between MAHB and AirAsia intensifies with the deadline for LCCT's closure and klia2's opening drawing near against the backdrop of worldwide shock over the mysterious disappearance of Malaysia Airlines flight MH370.

I renewed the debate over WhatApps with Tony last week on the issue, with a suggestion that it would be better not to prolong AirAsia's quarrel with MAHB in the larger interest of everyone and that whatever problems should and could be amicably settled.

Prime Minister Datuk Seri Najib Razak has also alluded to this point when he said both parties should talk things over in addressing the concerns expressed by AirAsia, adding that for the airline to say that it won't move to klia2 because of those concerns would be putting it "arrogantly".

"But how not to quarrel with them? When the airport is not ready and we've no guarantee on charges," Tony told me.

And here comes his stinger: "But if they raise their cost, we die. Most of our market can't afford it."

Although MAHB assured that charges at klia2 would remain the same as LCCT's, it came with a qualifier in that the moratorium on cost increases would only be for a year; beyond that it would be for the government to decide.

It is this qualifier that's unsettling to AirAsia which last year flew in about 22 million passengers via LCCT.

So it is very much in MAHB's and Malaysia's interest not to take the "penny wise pound foolish" stand by resisting the temptation of increasing charges at klia2 as any increase would have to be passed on to passengers and this would undermine the very business model of a budget airline.

MAHB's RM4 billion investment in klia2 ought to be recouped over the long term and keeping the charges affordable to budget airlines is crucial despite providing more comfortable facilities compared with LCCT.

Short of that, it's almost like killing the goose that lays the golden eggs.

Any airport terminal is a long-term investment and should also be seen from the huge influx of travellers to Malaysia who might not be able to afford to fly if there were no budget airline.

Meantime, AirAsia's concerns about the new terminal are being looked into by experts from the International Civil Aviation Organisation (ICAO) and everyone, especially MAHB, is awaiting its outcome with batted breath.

So far, the airport's "certificate of fitness" has only been certified by local experts but the ICAO would do it with independent ones.

Prominent online columnist G. Guna-segaram added more spice to the klia2 saga by questioning the necessity of building such an expensive facility for budget airlines.

"Our airport planning has been really, really bad," says Gunasegaram.

He says 16 years after the first Kuala Lumpur International Airport (KLIA) began operation, it is still underused while the building of the klia2 was delayed until costs ballooned.

The KLIA completed in 1998 was built at RM10 billion and handled 25.5 milion passengers last year – or 75% of its design capacity of 35 million – while the LCCT which began operations in 2006 and built at a cost of RM108 million or 92 times cheaper handled 21.8 million mostly AirAsia passengers or at 145% capacity utilisation

Gunasegaram argues that MAHB owes a lot to AirAsia as without the airline and the passenger traffic it brought in, its earnings would have been severely crimped adding that for a small investment, MAHB is getting big returns from LCCT.

As the countdown begins for the opening of the world's newest airport, everyone is hoping that all's well that ends well.

But just a timely suggestion for MAHB – teething problems are unavoidable at klia2 come May 2 and in the days that remain, please conduct as many "dry runs" as possible, including inviting the public, to minimise the expected "havoc".

I recall what happened on the first day of operations at KLIA 16 years ago when confusion reigned. Utusan Malaysia front-page it with "KLIA kelam kabut" (KLIA topsy-turvy).

I was told the Utusan chairman and editor-in-chief received strongly-worded letters from then prime minister Tun Dr Mahathir Mohamad.

So, all the very best to AirAsia and MAHB.

Azman Ujang is a former editor-in-chief of Bernama. Comments: letters@thesundaily.com