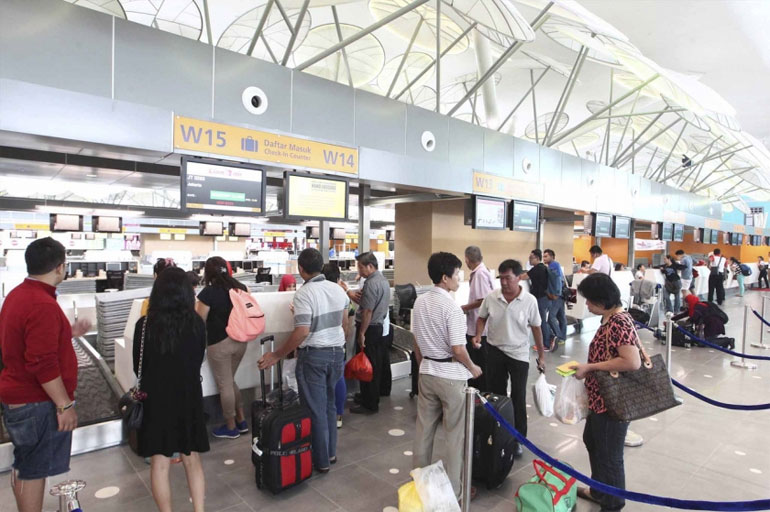 People queue up at the check-in counters at klia2, Sepang, May 2, 2014. MAHB today stressed that airport safety was its top priority and there was no safety risk on the apron taxiway as alleged by some parties. — Bernama pic

“Malaysia Airports wishes to clarify that there is no safety risk on the apron taxiway as alleged by certain quarters,” the company said in a statement here.Stressing that airport safety was at the top of its priority, MAHB stressed that no flight operations of any airlines in klia2 had been affected.

MAHB explained that it had previously said that the “settlement at localised spots” amounting to less than one per cent of the airport apron was “anticipated due to differential settlement”, giving its assurance that it was however be “well-prepared with a clear and workable engineering solution”.

“We also wish to iterate that there is no impact to flight operations of any airlines as klia2 has ample aircraft parking bays to accommodate the aircraft movements,” it added.

Earlier today, news portal The Malaysian Insider reported of purported safety fears over the alleged sinking of taxiways and parking bays in klia2.

The report also claimed that some of AirAsia’s passenger jets had moved from their positions after stopping due to bumpy parking bays, also citing an unnamed pilot as being forced to request to land using non-bumpy taxiways.

Today, MAHB expressed its disappointment with the highlight of issues using “improper channels”, pointing out that its firm has daily operational meetings with klia2’s main tenant AirAsia.

In these meetings attended by the firms’ Head of Departments (HOD) and led by AirAsia CEO Aireen Omar and MAHB senior general manager of operations Datuk Azmi Murad, “operational and safety issues are discussed at length and explanations and solutions are provided”, it said.

“We are disappointed that despite these efforts to work together and having provided numerous clarifications, these issues continue to be raised through improper channels.

“On Malaysia Airports’ part, as agreed, issues on AirAsia’s operations and safety are raised through a proper forum in the true spirit of partnership. We would like to encourage AirAsia to do the same,” it said.

AirAsia had expressed its reservations on the new klia2 low-cost carrier terminal’s safety and security before reluctantly moving in on May 9.

The RM4 billion klia2 can cater to 45 million passengers each year and AirAsia is expected to provide 80 per cent of this figure.