Despite budget airline AirAsia’s refusal to move in to the new klia2 airport until safety issues are resolved, airport operator Malaysia Airports Holdings Bhd (MAHB) said it will still be opened on May 2.

“Some of the airlines have agreed to move by May 2 while the others will move out by May 9” Datuk Azmi Murad, MAHB’s senior general manager of operations, said the firm will push ahead with the opening of Kuala Lumpur International Airport (klia2) as other airlines and government agencies are already ready to shift there. 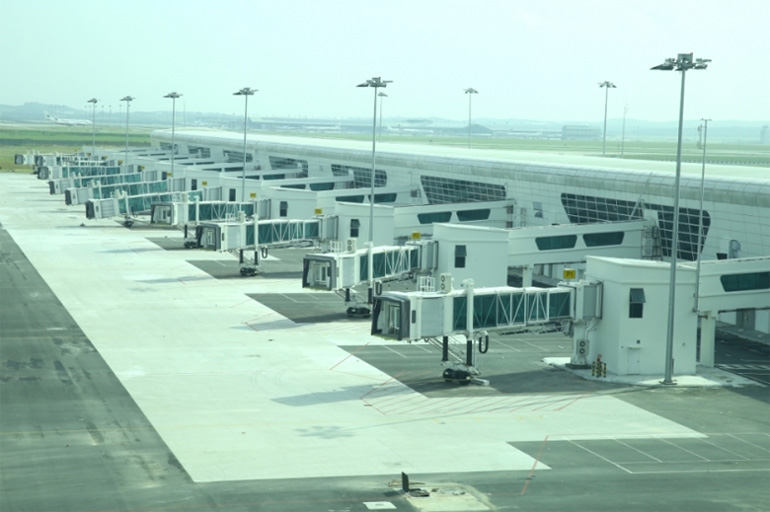 Construction at the low-cost carrier terminal klia2 in Sepang is shown in progress on January 7, 2014

“We are on track to get the airport facility ready and open as planned. So, it is up to the airlines (AirAsia and AirAsia X) whether they want to move there or not. On our side, we have to consider the others who will move to the airport,” Azmi was quoted saying in the New Straits Times’ business pull-out.

In local daily Utusan Malaysia’s business section’s report today, Azmi said that MAHB will comply with government orders to open klia2 on May 2 and shut down operations in the Low-Cost Carrier Terminal (LCCT) by May 9.

“It is up to the AirAsia group whether to operate in LCCT without immigration and customs units as all of them will move to klia2. We will still close our ‘house’,” he said.

On April 1, AirAsia chief executive officer Aireen Omar was reported as saying that budget carrier would still be based at LCCT even after May 9, citing independent consulting firm, Ikram Premier Consulting’s findings that showed depressions on klia2’s apron and runway.

“We believe it is crucial to ensure that remedial steps are undertaken prior to a transfer, which will mitigate aviation risks,” Aireen was quoted as saying in a statement.

“AirAsia also believes that the operational readiness and airport transfer (ORAT) period for a transfer to support the size of AirAsia’s operations would be substantially more than the two months prescribed by Malaysia Airports Holdings Bhd (MAHB), which in our opinion is unrealistic and overly-optimistic,” she added.

On the same day, Parliament’s Public Accounts Committee said it would summon executives from the budget carrier to testify in an on-going inquiry into the new airport.

PAC chief Datuk Nur Jazlan Mohamed said the changes to klia2’s design — which caused the delay of its completion and shot up the cost — were made to suit the demands of the budget carrier, which is among the low-cost terminal’s biggest stakeholders.

On April 2, AirAsia sought the intervention of Prime Minister Datuk Seri Najib Razak over the new klia2 low-cost airport, which it said was a matter of national importance.

“We will be the anchor tenant at the new airport, accounting for more than 80 per cent of klia2’s traffic, hence the critical need for klia2 to be fully functional and operationally viable in the long term,” Aireen said in a statement.

She also said AirAsia was not being “difficult” by refusing to budge from LCCT for now, saying that the airline had many concerns including the “functionality, safety & security of klia2”.

“This year, we expect to carry at least 24 million passengers via Kuala Lumpur, and with this size of operations, we have to ensure the airport is fully functional without any possible interruptions,” she added.