Malaysian budget carrier AirAsia said on April 2 (Wednesday) that much-delayed new international terminal set to open in one month is rife with problems, casting further doubt on aviation safety in the country as it struggles with the MH370 crisis.

The facility, located near the present Kuala Lumpur International Airport terminal, is being touted by Malaysian authorities as the world’s largest low-cost airline terminal.

Dubbed “klia2″, it has been hit by repeated delays, construction issues and costly overruns that have sparked a parliamentary investigation and harsh criticism of the state-linked Malaysian airport operator that built the terminal. 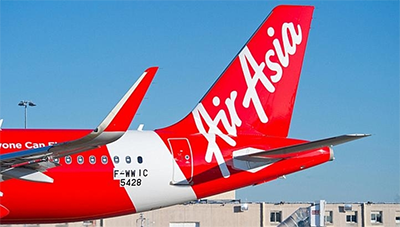 “There are many concerns, especially on functionality, safety and security of klia2, which are paramount to our staff working efficiently, and for our passengers to have a seamless travel experience,” AirAsia CEO Aireen Omar said in a statement.

She had said in a statement late Tuesday that the fast-growing airline — whose success is seen as a driving force in the decision to build klia2 — would refuse to move into the new terminal from an existing one until “unresolved pressing issues” are addressed.

AirAsia has been a harsh critic of klia2′s delays and ballooning costs, and says it has been shut out of decision-making, despite being the facility’s biggest and most important future tenant.

AirAsia’s statement on Tuesday had warned about “depressions” on a runway discovered by independent inspectors.

“We are more than ready to move to klia2 but we must move under the right circumstances,” Aireen’s latest statement said, appealing to Malaysian Prime Minister Najib Razak to intervene to help “resolve this national issue”. 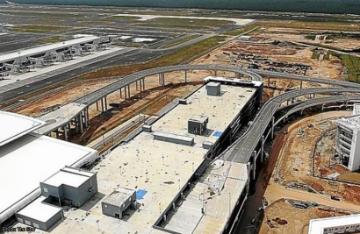 The country’s airport operator Malaysia Airports Holdings Bhd (MAHB) has said AirAsia and other carriers will have to move to klia2 by 9 May, when it plans to close an existing low-cost terminal (LCCT) nearby, which handled 22 million passengers last year.

MAHB, which is building klia2, did not respond to an AFP request for comment.

The terminal was originally due to open in 2011 but has been repeatedly delayed. Its price tag has doubled to US$1.2 billion.

MAHB has previously acknowledged klia2 is located on unstable ground that may settle, and that the facility could require years of resulting upkeep.

“But they fast-tracked the project so the cost ballooned. They said they can patch it but it’s patchwork in a rush job,” said Nur Jazlan Mohamed, head of a parliamentary spending committee investigating klia2.

He said his committee was investigating the project and planned to meet AirAsia representatives.